A senior Comancheros figure accused of being involved in the importation of 160 kilograms of cocaine to Melbourne has returned to Victoria after six years abroad.

Flanked by security staff, bikie boss Mark Buddle, 37, faced Melbourne Magistrates’ Court on Friday charged over his alleged involvement in the $40 million importation in May 2021. 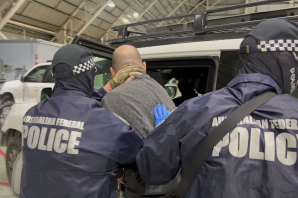 Buddle arrives back in Melbourne.Credit:AFP

Buddle’s solicitor Stephen Zahr flew from NSW for the brief hearing where his client was remanded in custody to reappear in court on November 25.

He made no application for bail and no custody management issues were raised.

Federal police said earlier in the day Buddle had been charged with one count of importing and another of conspiring to import a commercial quantity of a border-controlled drug.

Each offence carries a maximum sentence of life in prison. 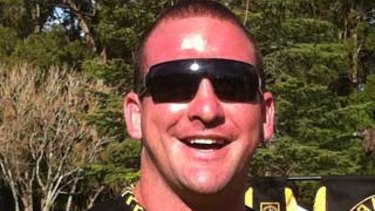 Buddle arrived in Melbourne early on Friday on a flight from Darwin, flanked by AFP officers, after a court approved his extradition from the Northern Territory.

The 37-year-old had been living abroad for six years after leaving Australia for Turkey, and then Northern Cyprus, in 2016.

Following the cocaine seizure in 2021, federal authorities issued a global arrest alert. Buddle was apprehended by Turkish authorities in June and held in Ankara before being deported back to Australia this week.

Australian investigators will allege Buddle was involved in a transnational criminal syndicate operating out of Hong Kong and Turkey, that saw 160 kilograms of cocaine – with an estimated street value of $40 million – imported into Melbourne and seized by authorities. 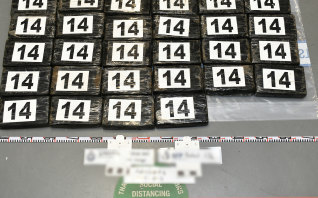 Drugs seized by AFP as part of Operation Ironside in Melbourne in late May 2021.Credit:AFP

On Tuesday, the AFP revealed federal investigators had begun preparations for Buddle’s arrest in October 2021 before Interpol issued a red notice – a global alert – for his capture.

It came months after five people were arrested in connection to the importation – which had been concealed inside a shipment of air filters – including the alleged coordinator of the crime syndicate, a 42-year-old Sydney man, and four Victorians.

The Sydney man was charged with importing a commercial quantity of border-controlled drugs. Three Melbourne men were also remanded on allegations they played a role in the collection and distribution of the cocaine shipment.