JOHN Cena has apologized to China for calling Taiwan a country during a recent interview to promote the new Fast & Furious movie.

In a video posted to the Chinese social media app Weibo on Tuesday, the actor and WWE star said in Mandarin: "I’m very, very sorry about my mistake. I apologize, I apologize, I’m very sorry.” 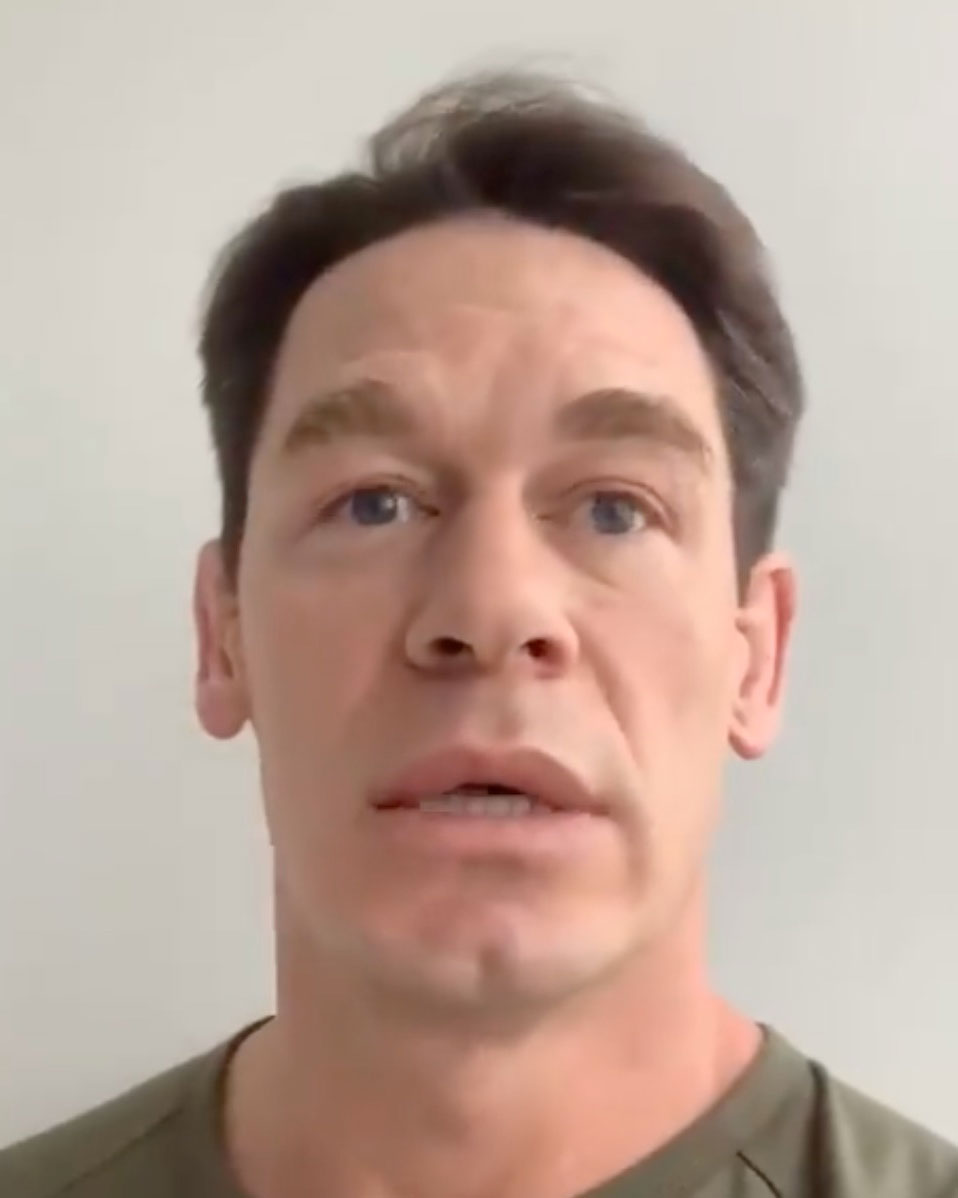 Cena's apology comes in the wake of controversial remarks he made to a Taiwanese broadcaster earlier this month amid a press tour for his upcoming movie, "Fast and Furious 9."

“Taiwan is the first country that can watch ‘F9,'” he said during the interview with TVBS.

The remarks sparked an immediate onslaught of criticism in China, which is one of Hollywood’s largest international markets.

Though Taiwan is self-governed and democratic, Beijing considers the island to be part of its territory.

On Tuesday, Cena published his apology to Weibo insisting he "made a mistake" before professing his love for China.

"Hi China, I’m John Cena. I’m in the middle of ‘Fast and Furious 9’ promotions. I’m doing a lot of interviews. I made a mistake in one of my interviews," he says in the clip in Mandarin. 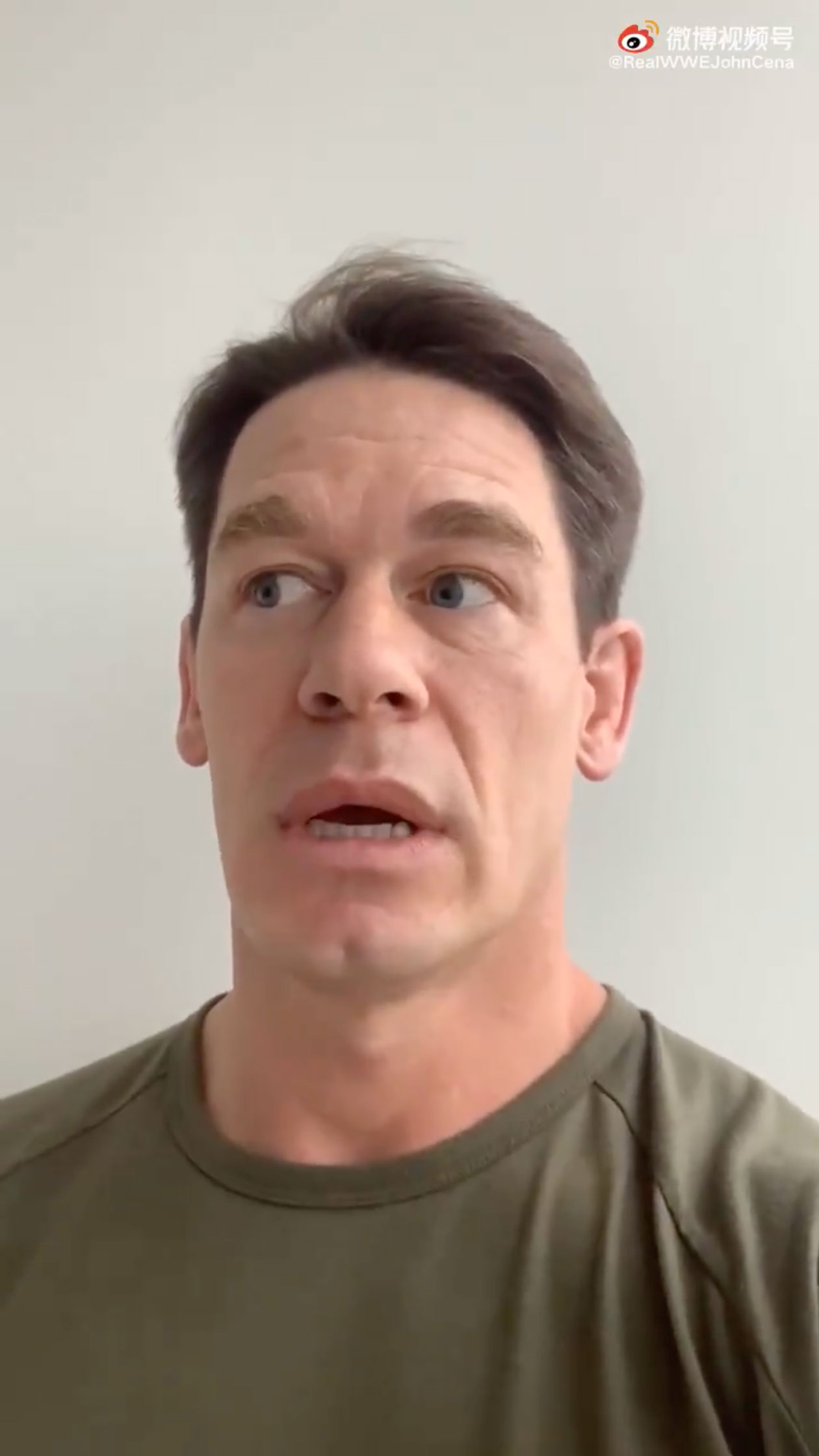 "I made one mistake. I have to say something very, very, very important now. I love and respect China and Chinese people. I’m very, very sorry about my mistake."

He continued: "I apologize, I apologize, I’m very sorry. You must understand that I really love, really respect China and the Chinese people. My apologies. See you​."

However, many of Cena's fans were left unsatisfied by the apology because he stopped short of stating that Taiwan is a part of China.

"He still didn’t say that Taiwan is China. Is it so difficult?,” one user wrote under Cena's post.

"I don't understand why the Chinese people should be so tolerant to him, who has a vague political stance while profiting from Chinese people," another wrote.

“Please say ‘Taiwan is part of China’ in Chinese, otherwise we will not accept,” demanded a third commenter. 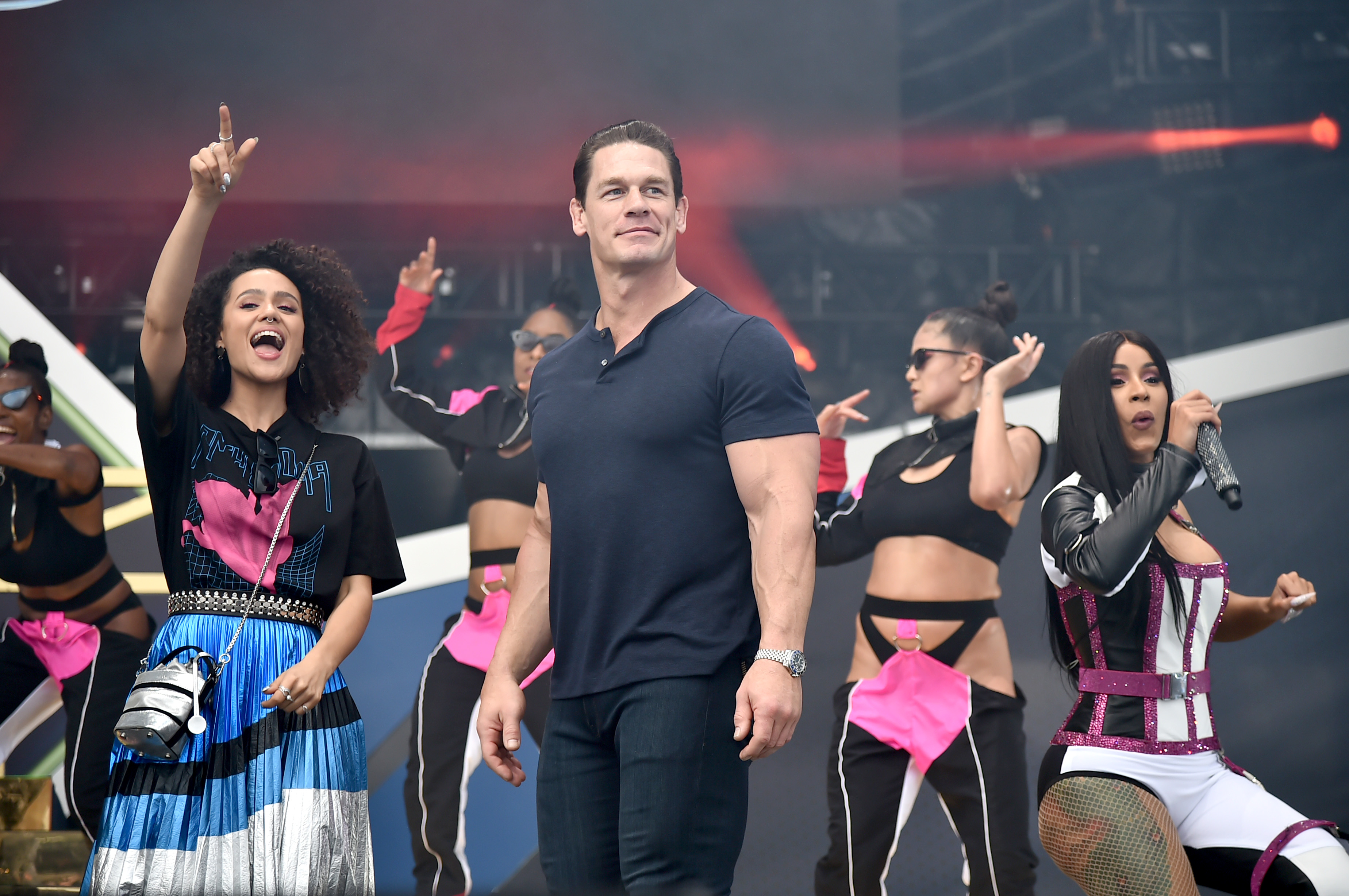 At least some were willing to give him the benefit of the doubt, with another wading in to add: "Maybe someone gave you the wrong information, which led you to say these words in the interview.

"Now it has been corrected in time. Taiwan Province belongs to China, and it has never been an independent country."

"Looking at his previous interviews, I can feel that he really likes China," another said to his defense.

"He said the wrong thing and paid the price. He is different from other foreign actors who dare not respond or have different political opinions."

The ordeal comes as one of a number of examples of how mindful Hollywood has become about Chinese political sensitivities.

In 2019, NBA star LeBron James came under fire in the US for speaking out against supporting pro-democracy protesters in Hong Kong, ahead of the release of Space Jam 2.

Much of the political pandering comes as a result of the nation having the second-largest economy and being home to the world's largest box office.

Now heading into its ninth installment, the Fast and Furious movies have often been well received by Chinese audiences.

"F9" took in nearly $136 million in China over the weekend, contributing heavily to what is now the biggest opening for a Hollywood film during the pandemic, CNN reported.

NBCUniversal, who owns Universal Pictures, the distributor of the film, has been contacted for comment.

Apolo, bizarre, Cena, John, moment
You may also like: