Billionaire BooHoo owner is faced with tearing down ‘fortress-like’ gateway at his £2.8million mansion after council refuse retrospective permission

The self-made billionaire owner of online fashion brand Boohoo faces having to tear down a ‘fortress-like’ gateway which was built without planning permission at his mansion.

Mahmud Kamani, 56, was given planning consent five years ago to put a new gated entrance with curved side walls at the top of his new driveway.

But the gateway he built was bigger than what had been approved, and featured a pair of 10ft high outer pillars which were not in the original plan.

A council official described the structure at his 18th century property as ‘visually prominent’ and ‘fortress-like’, creating a potential ‘hostile environment’ in a rural area.

Mr Kamani whose family was said to be worth more than £1.4billion in the Sunday Times Rich list this year was forced to apply for retrospective planning consent for the feature.

But his planning application has now been turned down under delegated powers by officers at Cheshire East Council, meaning he will have to remove it or face enforcement action. 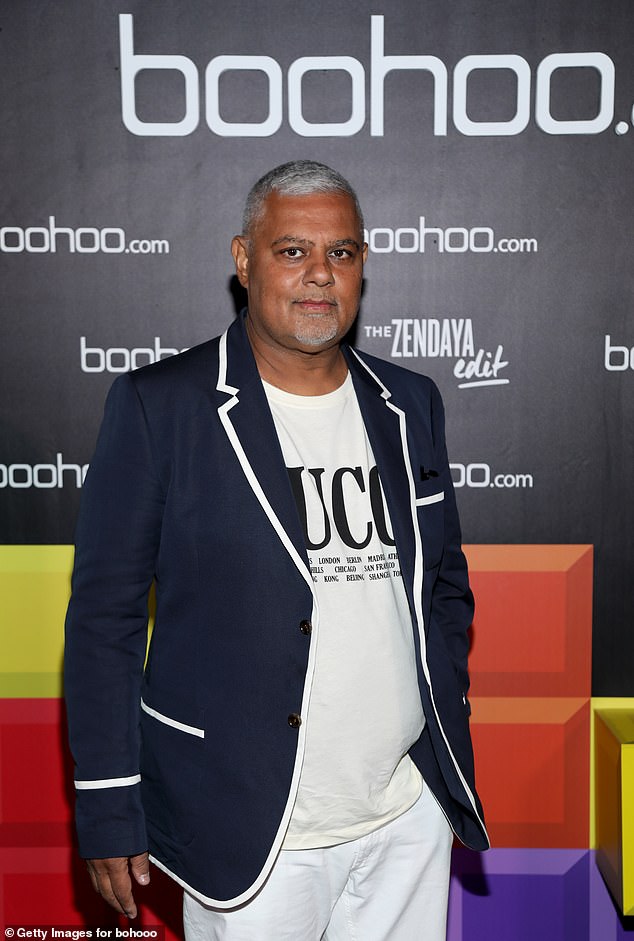 Mahmud Kamani, 56, was given planning consent five years ago for the new gateway 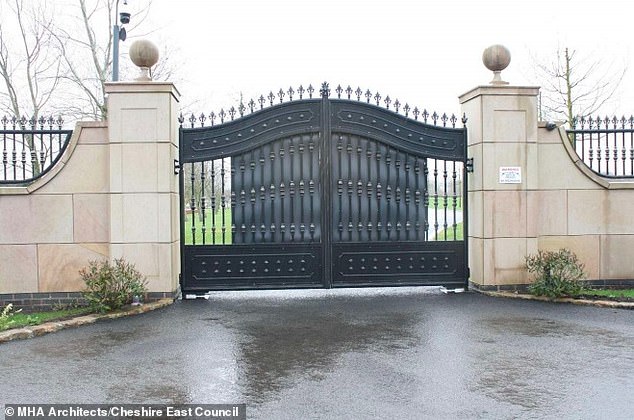 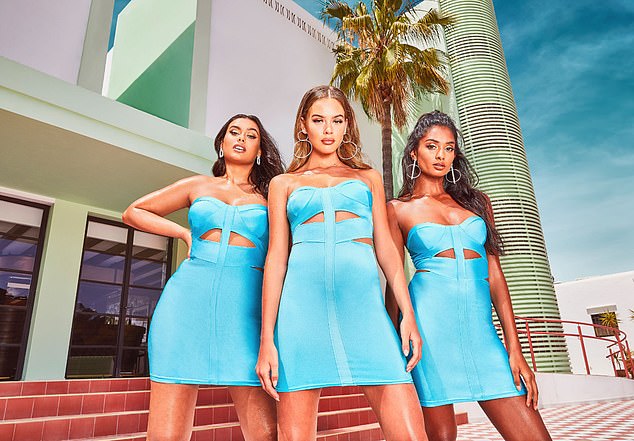 The founder of fast-fashion company Boohoo grew his market stall into a £2.6bn business

The decision was made due to the ‘size, scale and materials’ of the gateway going against local planning policies and being ‘harmful to the character of the area and local landscape’.

The issue is a new headache for the clothing tycoon who took Boohoo in less than 15 years from a three-employee operation to a business with sales of £1.2bn and a 5,000 strong workforce that ships millions of parcels a week.

Boohoo was at the centre of a scandal last year when it was reported that it was selling garments made in Leicester sweat shops where staff earned as little as £3.50 an hour.

Mr Kamani lives with his socialite wife Aisha, 55 in his Grade Two listed sprawling farmhouse in a village close to the footballers’ haven of Alderley Edge in Cheshire.

He bought the property seven-years-ago for £2.8million from former Premier League footballer Ashley Ward and his Real Housewives of Cheshire star wife Dawn. 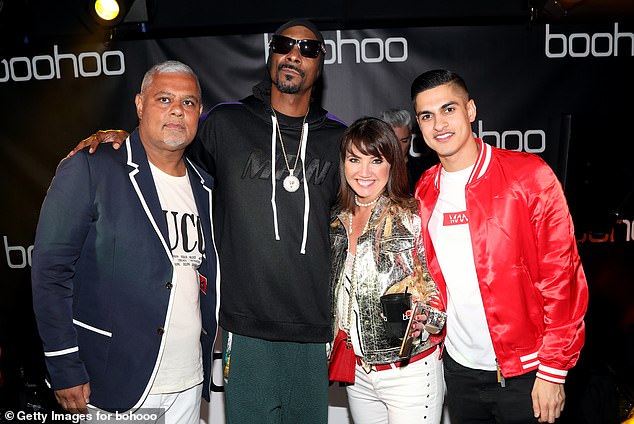 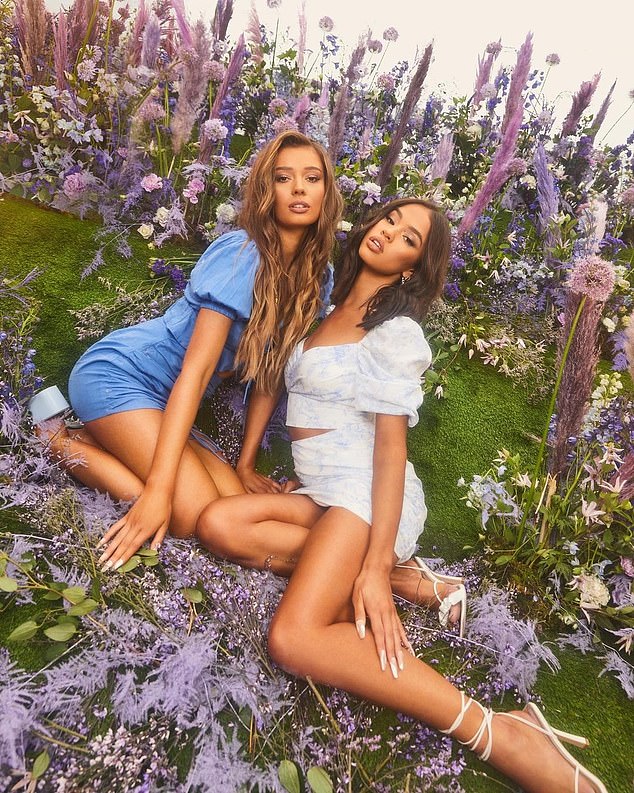 The online retailer faced criticism from investors last year over its long-term incentive scheme, which could see founders and directors paid up to £150million

The Indian-born founder of fast-fashion company Boohoo grew his Manchester market stall into a £2.6billion business.

He spotted the potential of internet sales and set up his online retailer in 2006 with the aim of delivering their own-branded fashion at rock bottom prices.

It since became synonymous with the wildly popular, yet equally controversial, fast-fashion phenomenon. 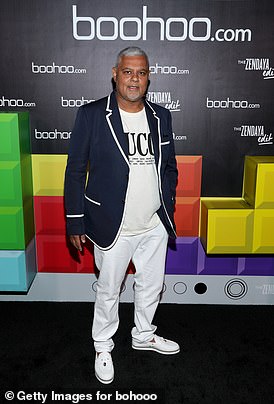 The Indian-born founder of fast-fashion company Boohoo grew his Manchester market stall into a £2.6billion business

Mr Kamani’s parents, who were originally from India, arrived in Manchester from Kenya in 1969 when his father was just two years old.

The Kamanis were forced to flee to Britain by increasing unrest and draconian employment laws that favoured native Kenyans.

Entrepreneurial Mahmud sold handbags on a market stall. He invested his money wisely in property and began a wholesale business, Pinstripe, sourcing garments from India.

By the early 2000s, the company was selling £50 million-worth a year to high street brands such as Topshop and Primark, which led to Mahmud setting up the Boohoo brand in 2006.

The company’s growth quickly skyrocketed and is now believed to be worth £2billion or more and employing 2,352 people.

Mr Kamani was given planning consent in 2016 to remove two old vehicle entrance points which had poor visibility, and replace them with a new entrance.

The original plans showed a simple style gateway with gates between two pillars and a modest stone walls either side.

But what was actually built had extra railings on top of the side walls, making it taller than the original plans with two extra pillars at either side of the 22m wide entrance.

Planning officer Danielle Sammy said in her report that the there were ‘significant changes’ between the design of the approve gate and what was built.

She described the entrance as being ‘a visually prominent feature in the street scene’ and larger than existing curved wall entrances of homes on the opposite side of the road.

‘However, it is important that boundary treatments do not result in fortress-like development, as this can lead to a hostile environment.’

She said that the impact of the gateway had been ‘exacerbated’ by the the buff/sand coloured stone walls which she described as ‘stark’ and ‘incongruous’ with gateway walls made of Cheshire brick outside nearby homes.

She also suggested that the structure went against planning polices by representing a ‘suburbanisation of rural properties and their curtilage’.

Ms Sammy concluded: ‘Although a gate and wall would be appropriate in this location and reflect the overall design of entrances to residential compounds along this lane, in this instance by virtue of its size, scale and materials, the proposed entrance feature is harmful to the character of the area and local landscape.’

The notice turning down the planning application stated: ‘Insufficient information has been submitted to ensure that the proposal will incorporate appropriate landscaping which reflects the character of the area through appropriate design and management.

‘The proposal fails to conserve and enhance the quality of the landscape, protect trees and hedgerows that provide a significant contribution to the amenity, biodiversity and landscape.’

Planning documents reveal that the local parish council also objected to the gateway, describing it as ‘inappropriate’ and ‘visually obtrusive’.

Mr Kamani’s father Abdullah Kamani started selling handbags on a market stall in Manchester after escaping war-torn Kenya in the 1960s to build a new life in the UK.

Mr Kamani who used to drive a van delivering clothes for his father and sold clothes on his family market stall set up boohoo.com in 2006 alongside businesswoman Carol Kane.

Through a succession of shrewd busines deals, he has snapped up ailing high street brands including Oasis, Warehouse and Debenhams.

The sweatshop slavery scandal wiped 40 per cent off Boohoo’s share price last year and its founders saw the value of their stake drop £335 million in just two days.

boohoo, dow, faces, owner, tearing
You may also like: