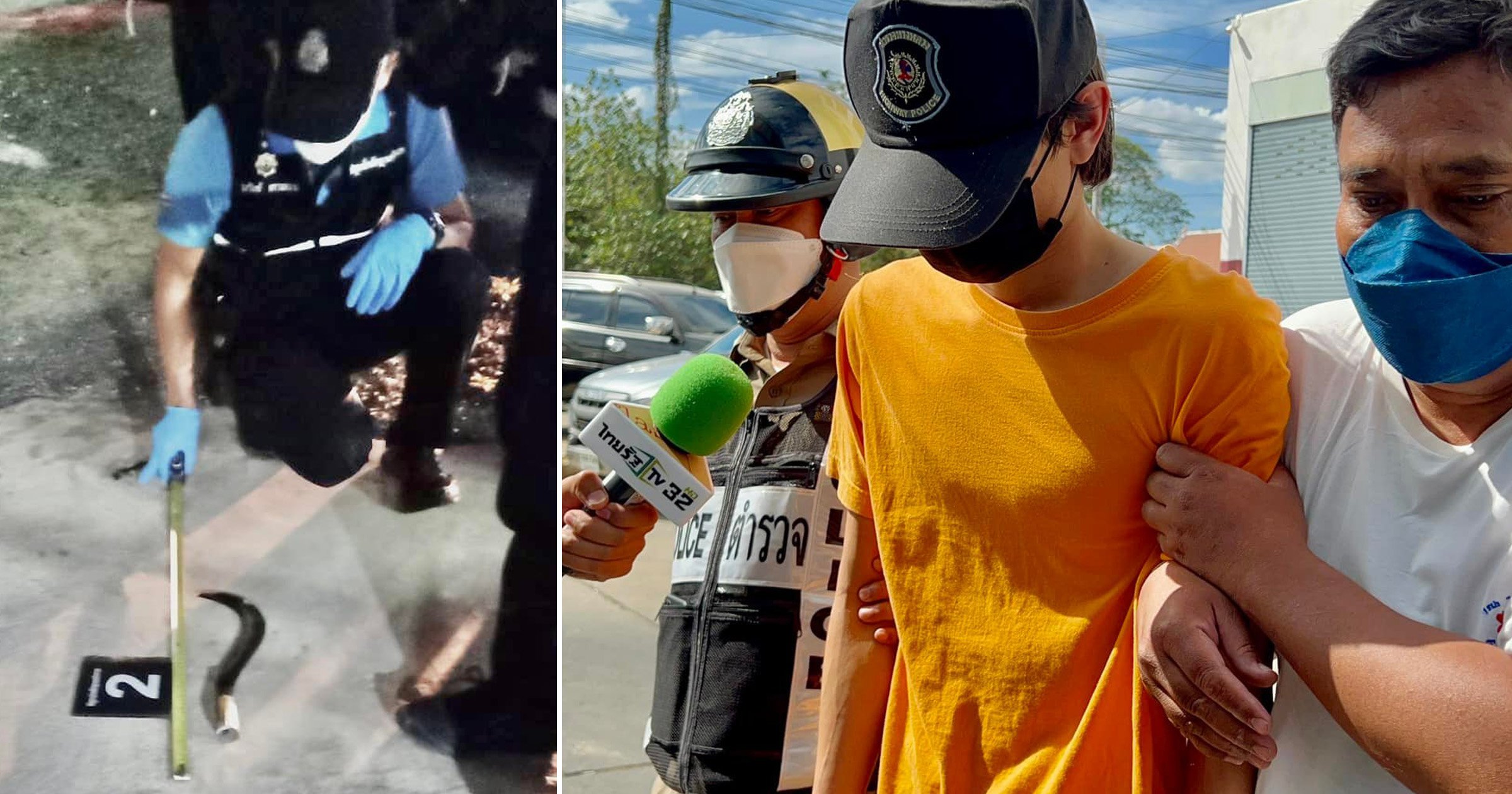 A British man has been killed and his friend seriously injured after they were attacked in Thailand by a sickle-wielding neighbour for playing loud music, local police say.

The victim, 49, was sat drinking with a fellow Brit outside a house in Kanchanaburi, central Thailand, in the early hours of Saturday morning when a row erupted.

He was found face-down in a pool of blood with slash wounds on his neck, which was described as nearly severed.

His friend, 55, is being treated for serious injuries in hospital.

The identities of both men have been withheld as it is not clear whether the family of the deceased has been informed yet.

Police are thought to have been alerted after a relative of the 49-year-old’s girlfriend heard a loud noise and came outside to find the bloody scene.

A 23-year-old man with a record of mental health issues said to live nearby, has been arrested and charged with murder and attempted murder, according to local media.

Detectives claim he became enraged by loud music played by the Brits and attacked them before fleeing, the Bangkok Post reports.

The suspect was allegedly found hiding in the property of a relative near the crime scene shortly before 9am local time.

He is said to have been hospitalised after being attacked by angry residents.

Footage of the gruesome crime scene circulated shortly before 10am appeared to show it had still not been cordoned off or cleaned up hours after the incident.

Police have yet to confirm whether the dead man was a tourist or lived in the town, although the friend is thought to be a resident.

The Foreign Office says it is in contact with the Royal Thai Police and is ready to provide consular support.