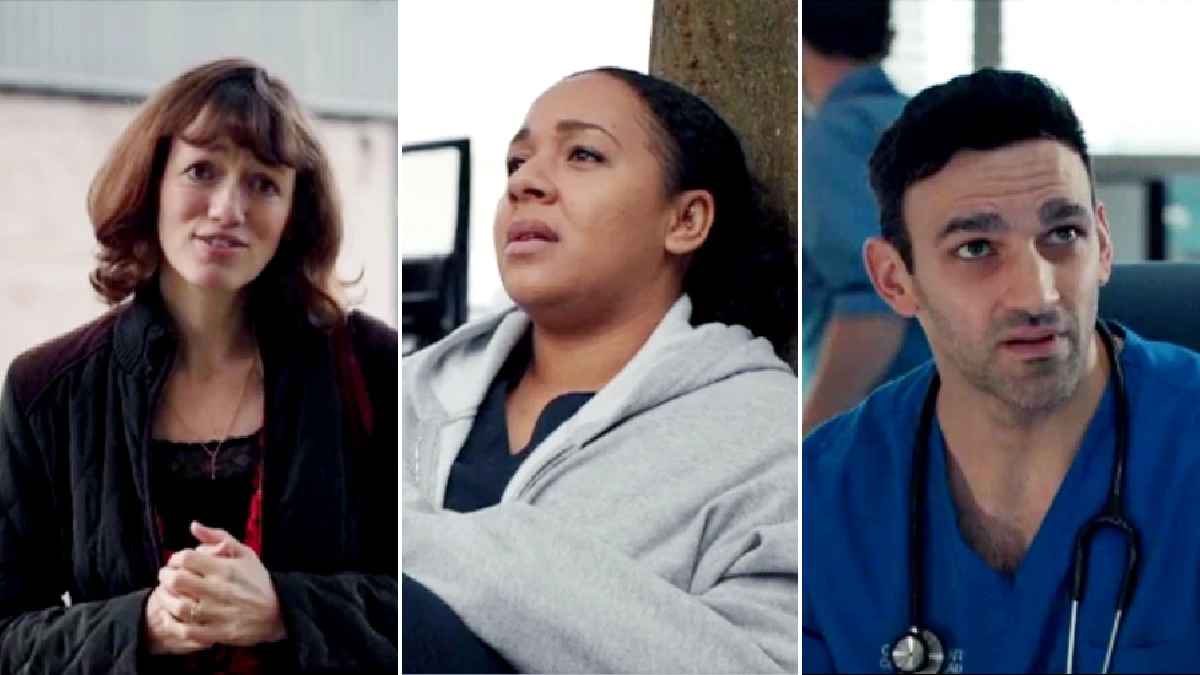 It was a traumatic day for Fletch (Alex Walkinshaw) in Holby City, as a young patient he’d become close to deteriorated and Fletch was unable to do anything to stop it.

Fletch has been a nurse for long enough that he knows that not everyone can be saved. But he also knows when the outcome for a patient depends on available operating theatres, and enough staff and resources when they’re needed. This was the problem for Harry Carabello (Harry Giubileo), as his essential but ‘not critical’ (according to Jac) surgery kept being cancelled.

In frustration – and after a magnificent showdown in Jac (Rosie Marcel)’s office during which he actually thumped her desk – Fletch decided to take Harry to St James’s, Holby’s rival hospital and the one where Fletch is considering moving to.

After the ambulance they were in got stuck in traffic, Harry went into cardiac arrest. They brought him back to Holby but he couldn’t be saved.

‘I’m done,’ said Fletch wearily when Jac saw him later. He was about to resign, but Jac convinced him. ‘I’ve got no fight left in me,’ he admitted. ‘Then find it, because I need you,’ she said.

So he found it, and cancelled his interview at St James’s. There’s fight left in him after all.

There’s no fight left in poor Nicky (Belinda Owusu), who has not taken to motherhood at all well. She takes any opportunity to leave baby Juliet with someone else – usually Amelia (Lucy Briggs-Owen) – while she goes off pretending that the whole baby thing never happened.

Sue Haasler is the author of five novels and the official BBC Holby City book, which you can read about here.