A man accused of rioting at the U.S. Capitol has been ordered to be returned to federal custody after authorities said he tried to flee an arrest on suspicion of drunk driving last month and police found an AR-15 rifle in his car.

The man, James Tate Grant, 29, of North Carolina, was on pretrial release in connection with allegations that he assaulted two police officers at the rampage on Jan. 6, 2021.

U.S. District Judge Timothy Kelly of Washington, D.C., revoked the release Tuesday, saying Grant had violated the terms of his release and tried to flee an arrest on Dec. 7, according to court records. 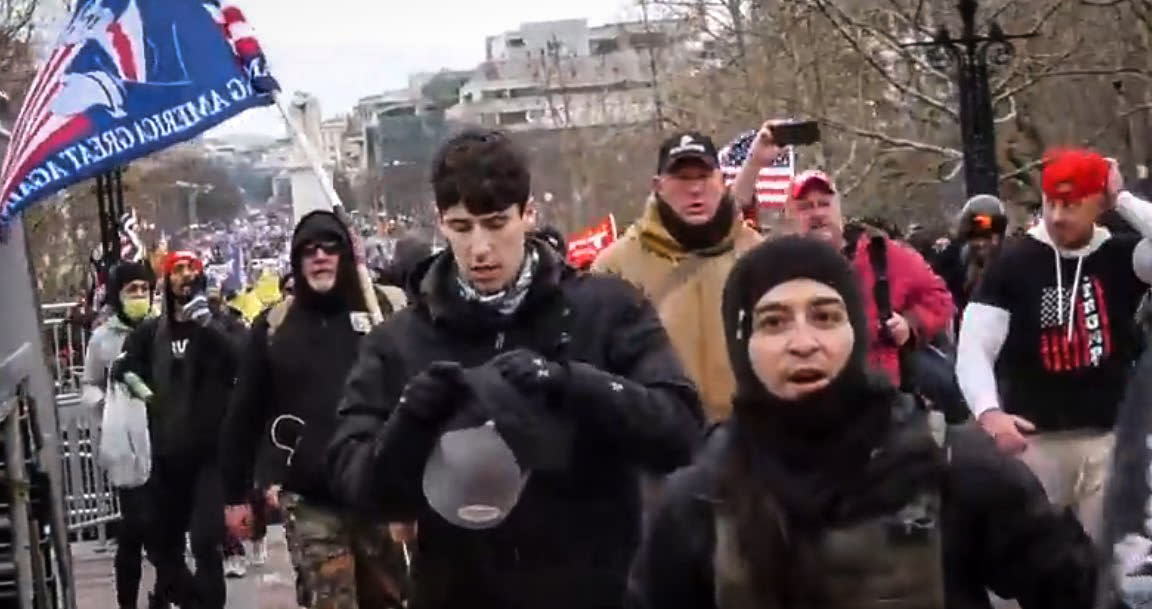 In the incident last month, a Garner police officer responded to a restaurant in Wake County, North Carolina, around 5 a.m. and found Grant in his vehicle, according to the motion to revoke his release. He appeared to be intoxicated, and the officer began a DWI investigation, it said.

As he was being arrested, Grant tried to flee, the filing said.

“He then dropped to the ground and stated something to the effect of ‘Just kill me now.’ He then stated, ‘It’s over,’” according to the filing and the police report.

Grant was charged with driving while impaired, according to court documents and the police report. The DWI case is pending in Wake County District Court.

The motion to detain Grant also said he provided urine samples that tested positive for amphetamines in October and November.

The motion said: "He was caught driving drunk with an assault rifle and over 60 rounds of ammunition in his vehicle, and initially attempted to flee from law enforcement. There are no conditions or combination of conditions that could ensure the safety of the community and Grant’s presence in court if he were to remain released."

Kelly granted the motion Tuesday, saying Grant violated the terms of his release, which ban possession of firearms, excessive consumption of alcohol and use of narcotics or other controlled substances.

Grant's attorney, Peter Cooper, did not immediately reply to a request for comment.

Cooper told WUSA-TV of Washington, D.C., that Grant's behavior was a due to stress and untreated mental health issues.

Grant and co-defendant Ryan Samsel are believed to have been the first two people who crossed a police barricade in a restricted area near Peace Circle during the riot, waving for the Trump-mob behind them to follow, according to charging documents.

Grant was also recorded on video shoving a metal barricade into a Capitol Police officer and defending other rioters, the documents said.

The motion to revoke Grant's release said: "Grant’s underlying conduct in this case involved crimes of violence, specifically the assault of two different USCP Officers. … He also entered the U.S. Capitol and went inside at least two private Senate offices."

He faces numerous charges stemming from the riot, including assaulting, resisting or impeding certain officers using a dangerous weapon or inflicting bodily injury, civil disorder and an act of physical violence in the Capitol grounds or buildings.

He pleaded not guilty Tuesday.