The removal of New York City's controversial monument to 26th U.S President Theodore Roosevelt was removed this week, according to the American Museum of Natural History.

"The process, conducted with historic preservation specialists and approved by multiple New York City agencies, will include restoration of the plaza in front of the Museum, which will continue through the spring," a museum spokesperson said in a statement.

"The Museum is proud to continue as the site of New York State’s official memorial to Theodore Roosevelt."

The bronze sculpture of Roosevelt on horseback with Native American and African figures on either side of him has gazed out across Central Park West from a public plot of land outside the entrance of the American Museum of Natural History since 1940. 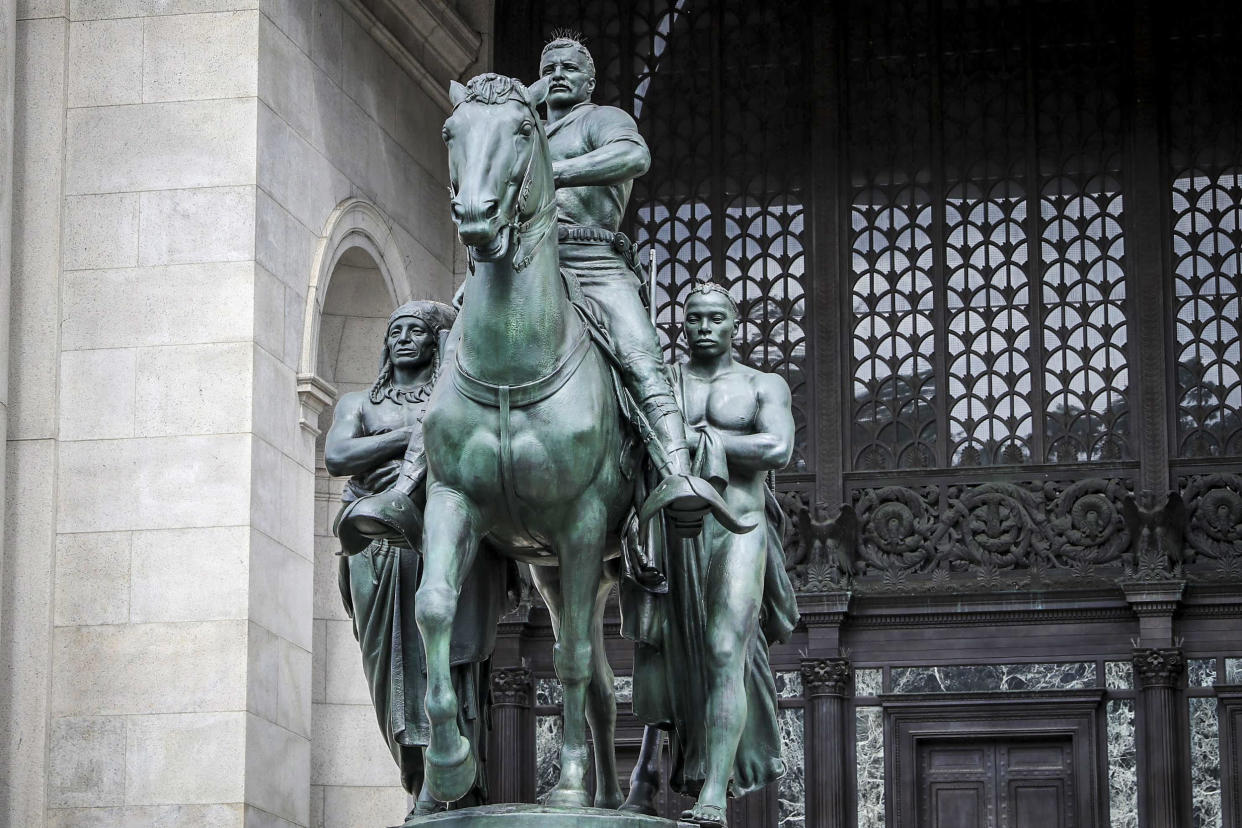 The statue had long drawn accusations of racism, and in 2020, the museum requested its removal because of its depiction of subjugation and racial inferiority, and former mayor Bill de Blasio quickly indicated his support.

"It is the right decision and the right time to remove this problematic statue," the former mayor said.

The museum said its request was prompted by the killing of George Floyd on May 25 and the demonstrations protesting racism that have followed.

The New York City Public Design Commission approved its removal and relocation in June, and in November, the museum announced the statue would be moved on long-term loan to the Theodore Roosevelt Presidential Library in North Dakota.

Historians regard Roosevelt’s legacy as both “progressive” and “racist” as he “viewed other peoples around the world as distinctly inferior to Americans.”