Melbourne Lord Mayor Sally Capp has declined to answer questions on the resignation of the council’s chief executive, who quit just 90 minutes after Capp denied he was doing so.

Concerns have been raised that Justin Hanney – whose resignation on Wednesday came amid a continuing four-month probe into donations he solicited for a yacht race – plans to stay on as chief executive until December. 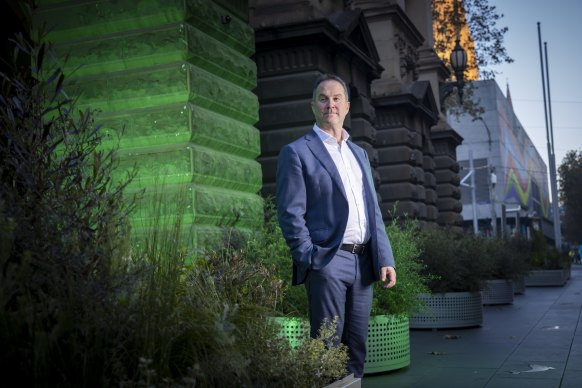 A recruitment process to find his replacement will begin over the next few weeks.

Asked by The Age about the chief executive’s absence from that meeting, Capp said at 3pm on Wednesday that Hanney had a “family engagement” the night before and was continuing as chief executive.

But at 4.30pm, Hanney sent an all-staff email to City of Melbourne staff announcing his resignation from the role, for which he was paid between $510,000 and $519,999 a year, a higher salary than Premier Daniel Andrews.

The questions The Age put to Sally Capp

The council’s CEO employment matters committee has been investigating Hanney since July after he solicited $35,855 in an online fundraiser via the Australian Sports Foundation to crew and equip a yacht to compete in the Sydney to Hobart race.

On Thursday, Capp declined to answer any questions put to her by The Age about Hanney’s resignation or the review. A spokeswoman for the City of Melbourne said the committee’s review continued, with a final report to be provided to council “as soon as practicable”.

“City of Melbourne councillors will finalise a recruitment process and timeframe in coming weeks,” the spokeswoman said.

Capp and the spokeswoman would not say what Hanney would do until his departure in late December, or whether he would take gardening leave.

They also declined to comment around the timing of Hanney’s resignation and when the lord mayor was aware that he planned to quit.

Hanney raised eyebrows when he said in his resignation statement “whilst the CEO employment matters committee report is yet to be finalised, there is no suggestion of inappropriate decision-making”.

It is unclear how Hanney became aware of the outcome of the report before it has been published. Capp and her spokeswoman declined to comment on this.

Dean Hurlston, the head of the Victorian division of Ratepayers Australia, said the timing of the resignation was interesting.

“Until a report is concluded and published he should not know the outcome,” he said.

“We hope there is no issue. We will not comment until the matter is finalised and the report is released, and he should not be commenting either.”

Hurlston also raised concerns the outgoing chief executive was to remain in his role until December.

“Because of the broad statutory powers he wields there should be an automatic rule that when a CEO resigns they should be stripped of the powers,” he said. 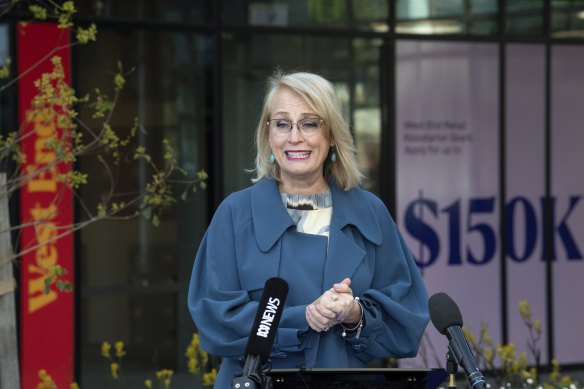 “In a resignation period you are no longer under the same performance requirements.”

The City of Melbourne spokeswoman said Hanney would remain in his role until December to “allow for an orderly transition of leadership”.

Dr Colleen Lewis, a member of integrity lobby group the Accountability Round Table, said she found it difficult to understand why it had taken the committee four months to investigate an alleged conflict of interest.

“As I understand it, the lord mayor said on Wednesday that Mr Hanney was continuing on as chief executive and was only absent for a family engagement,” she said. 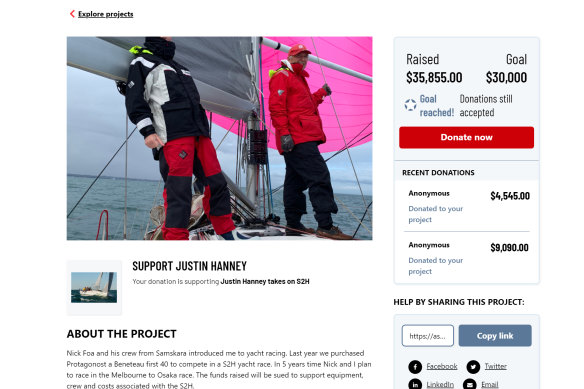 Justin Hanney’s fundraising page on the Australian Sports Foundation’s website to raise funds for the yacht he co-owns with Nick Foa.

“It seems to me somewhat unusual that the lord mayor would not have known what the situation was an hour and a half earlier. I find that somewhat surprising.”

Hanney has come under scrutiny for City of Melbourne’s high staff turnover, with claims directors were “hired and fired at the whim of the CEO” and almost one in four of the council’s top executives leaving in the past year.

The council’s annual report, which was published on Thursday, included details of the remuneration of the City of Melbourne’s top executives including one of Hanney’s most recent hires, Roger Teale, the general manager of infrastructure and design.

The investigation into Hanney began when he was found to have undertaken online fundraising for the Sydney to Hobart yacht race, including two anonymous donations worth $4545 and $9090.

Hanney co-owned the yacht which was the subject of the fundraiser with Nick Foa, former head of transport services at the Victorian Department of Transport, who resigned from his role last month.

Hanney returned $33,752 to the Australian Sports Foundation, but the foundation said it was unable to return the funds to donors as they were non-refundable.