Catholic schools have been urged to resist rushing to affirm students who are going through gender transition and instead offer them psychological and family care and counselling, in the hope that a child’s feelings of gender variance will “pass safely”.

Amid numerous recent examples of schools – including Catholic schools – supporting students in their gender transition, church leaders have advised schools “to avoid co-operation with actions which risk unnecessary damage, or which limit a student’s future possibilities for healthy human growth and development”. 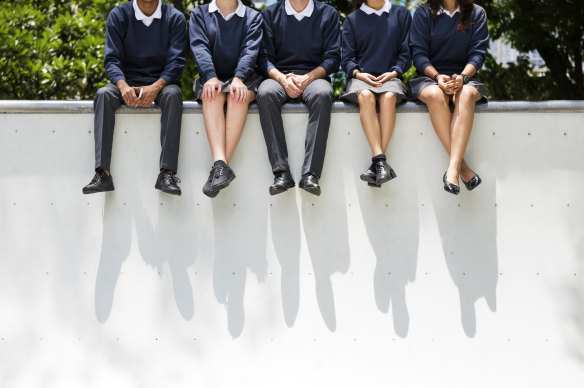 Catholic schools have been advised to counsel students about their gender identity.

Schools have been told that gender affirmation during adolescence sometimes includes medical interventions such as puberty blockers and cross-sex hormones, as well as gender reassignment surgery later in life, practices inconsistent with traditional medical ethics and church teaching.

The advice, issued by the Australian Catholic Bishops Conference on Tuesday, says school leaders should resist pressure to adopt the “dominant rhetoric around gender” and instead seek to understand what has occurred in a child’s life to create feelings of gender incongruence that are likely to pass with supportive psychological care.

“A human being’s sex is a physical, biological reality,” the advice states.

Released as part of the National Catholic Education Conference in Melbourne, the advice potentially puts Catholic schools in Victoria at odds with government schools.

Under Victorian government policy, state schools “must work with students affirming their gender identity to prepare and implement a student support plan” that is developed in consultation with the student and their parents or carers where possible.

A Department of Education and Training spokesperson said Victorian government schools support trans and gender-diverse students to embrace their identity, by encouraging them to wear their preferred uniform and use their preferred pronouns, and training staff to create supportive spaces for all students.

“Young transgender Victorians are 15 times more likely to attempt to take their life than other young people,” the spokesperson said.

“When gender-diverse people are embraced and supported at school, they have better social, educational and health outcomes for life.” 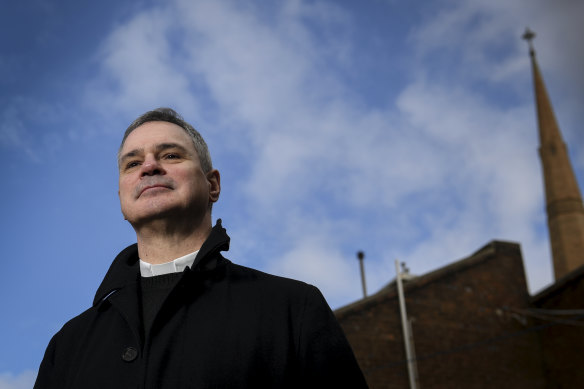 Some non-government schools in Victoria have recently taken an approach akin to the position outlined by the department.

For example, one of Melbourne’s most prominent Catholic boys’ schools, Xavier College, supported a year 12 student who transitioned from male to female last year and chose to remain at the school.

“Our leaders have been coming back to us saying it would be really helpful if we had some more consistency and clarity in our approach to the matter rather than getting caught up in the ideological battles in the public square,” Collins said.

“The main missing piece our school leaders have been telling us, is a good source of guidance based in Christian anthropology.”

However, Tiffany Jones, a Professor at Macquarie School of Education and researcher on LGBTIQ+ issues in education, said Catholic schools had no right to involve themselves in a student’s gender transition.

“It is absolutely none of their business, it is none of the church’s business; that is between the child and their medical team,” Jones said.

Affirming a student’s transition, for example by respecting a name or pronoun change in the classroom, is known to reduce suicidality, she said.

“The vast majority of transgender students in Australia do not engage in medical transitions,” Jones said.

“The vast majority engage in social transition which is changing their name and their pronouns which does not in any way interfere with their body whatsoever and this is easily respected, or at least not proactively disrespected by education staff.”

Ghassan Kassisieh, legal director at Equality Australia, said the document was a “begrudging acknowledgement by the bishops that community attitudes and laws in some states and territories are no longer on their side”.