Champagne is proving to be a bit rich for the taste of cash-strapped Britons.

Sales of the market leader Moet & Chandon are down 10.7 per cent in value to £51.1million, data by analyst NielsenIQ shows. 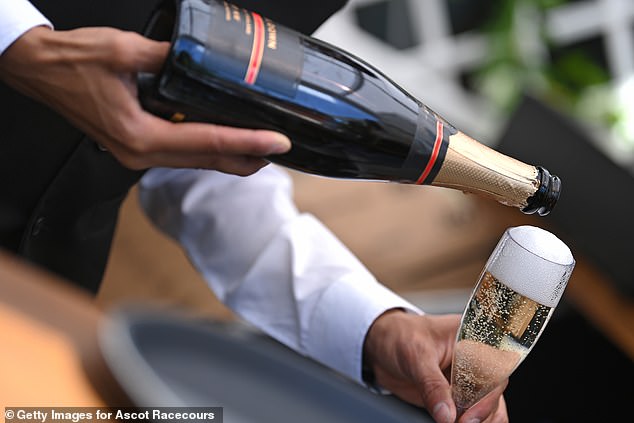 Sales of cheaper rivals such as prosecco and cava are up – the Freixenet brand sells both and reported a 10.3 per cent rise.

Lucy Auld, marketing director at Freixenet Copestick, said: ‘The great thing about prosecco and cava is they are at an accessible price point for the consumer.

‘While Brits have been up for a party, they have also been keen to save a few quid as inflation bites. That has driven trading down from champagnes such as Moet & Chandon and Veuve Clicquot to Freixenet’s prosecco and cava.’

Lanson managing director Robert Rand said that the category had been forced to contend with small harvests in both 2020 and 2021. 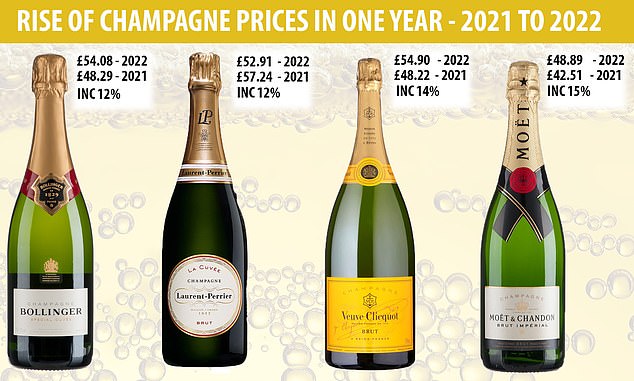 ‘This has added pressure to inventories. As a result of this scarcity, value has been added. We are seeing retail prices go up,’ he said.

England, particularly Kent and Sussex, is at the centre of a burgeoning sparkling wine industry.

In this country, producers are focussing on premium products which have often beaten French champagne in blind taste tests.

Success stories include Gusborne, based in Kent, where annual revenues almost doubled to £4.2m in the year ended December 31 as the business expanded its customer base across all distribution channels, both in the UK and overseas.