Child is pummelled by rotating bar at indoor bounce playground

I get knocked down, but I get up again! Little boy takes a pounding at the indoor playground

This is the hilarious moment a young Florida boy is repeatedly knocked over by a rotating bar at an indoor playground where he tried to complete an obstacle course.

The boy’s mother, Rebecca Kirkey, posted her son’s escapades to TikTok, together with the Chumbawamba song ‘I Get Knocked Down,’ adding a bit of fun to the day’s drama at Off The Wall Gamezone indoor trampoline court in Coconut Creek.

In the three-second video, the youngster – whose name and age haven’t been revealed – is seen running away from the rotating beam as it pummels him in his torso, head, and back, at least four times.

At times, the younger is seen at a stand still trying to figure out his next move before the rotating beam clobbers him again.

Dressed in tan shorts with matching shirt and dark socks, the youngster appears determined to master the The Off The Wall obstacle course bouncing up and down happily, but after his fourth attempt he seems relieved to run to his mom for a hug. 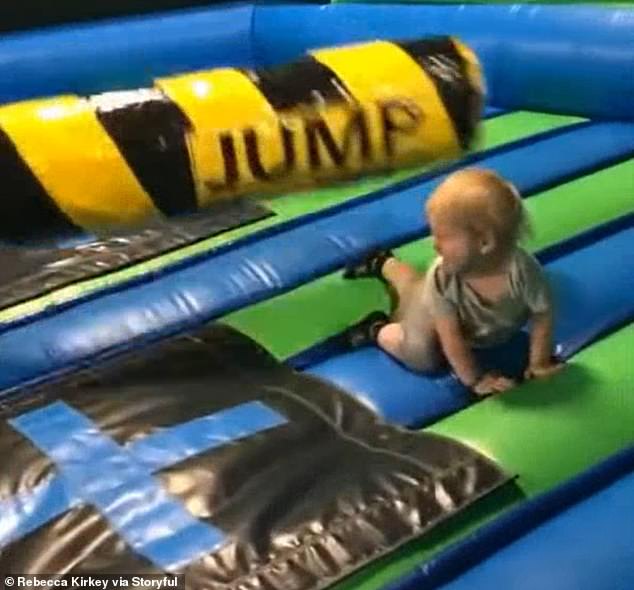 The little boy is trying to figure out his next move as the beam is circling back ready to knock him down. He stops for a moment to regroup before getting up to run out of harm’s way 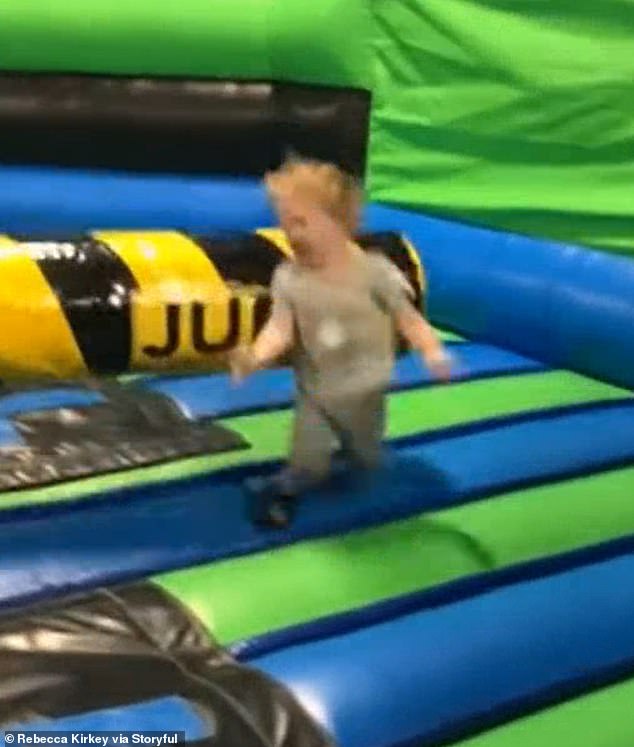 Ouch! The toddler is rough and tough and the rotating beam clobbers him on the back. In this photo he is captured in slow motion about to go down and hit the inflated trampoline

The indoor trampoline court located describes itself as ‘the biggest Air Park in South Florida’ on its website.

The indoor play park has activities including, dodgeball, laser tag, and  arcade games, that provides the kiddos with endless entertainment.

After the boy’s parents watched their son persevere, the proud mom posted it to TikTok and the comments flew in faster than the beam spinning around.

‘I was lokey rooting against him,’ one person wrote.

‘Me trying to leave work everyday ON TIME,’ said another.

‘If I ever have kids this is where I’m taking them,’ someone chimed in.

By Wednesday afternoon, the post  which has received more than 1.8 million likes and 23.2 million comments.