Small and medium-sized businesses are expecting Anthony Albanese to be prime minister after May 21 but are split on whether Labor policies will help their bottom line.

Two separate surveys of the sector released on Thursday also show small and medium-sized businesses want a reduction in compliance costs as many are still battling to get back to a post-pandemic “normal”.

A MYOB survey of 1000 businesses found 71 per cent expect Albanese and Labor to win this month’s election and a quarter said the policy offering of the major parties had a major impact on their vote.

Two-thirds said compliance costs were the most important related issue facing them, while almost half said they would vote for a party that provided better digital capability and business skills.

The survey found 41 per cent of firms expect the economy to improve over the coming year, compared with 37 per cent tipping it to slide.

“SMEs [small and medium enterprises] want to see a reduction in the compliance costs of running a business and a strong economy in which to operate, particularly with the effects of the COVID-19 pandemic still taking a toll,” she said.

“Specifically, post-election SMEs would like a simplified GST/BAS reporting process and a proportion of government procurement contracts allocated to smaller businesses.”

The same survey also revealed the government’s cut in the tax rate for small and medium-sized businesses to 25 per cent has only had marginal impacts on business operations. 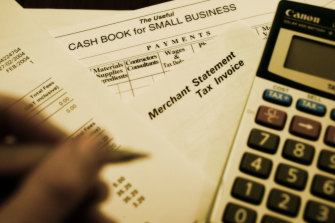 Small businesses are expecting Anthony Albanese to win the May 21 election.Credit:Erin Jonasson

The largest proportion, 28 per cent, said the tax saving had been used up in the day-to-day operation of the business.

A separate survey of the sector for non-bank business lender ScotPac found almost 53 per cent of SMEs believe the Coalition is offering policies best placed to support them compared with 36 per cent that prefer Labor.

But there is a large difference between businesses of different sizes.