A self-described citizen journalist tweeting “cynical” and “cranky” stock market gossip is not, in the eyes of the law, a journalist, the Federal Court has ruled.

Tolga Kumova was named on the Financial Review’s young rich list in 2017, reporting his net worth was $95 million. Credit:Eddie Jim

Mr Kumova, a former New Century Resources board member, claims Mr Davison’s tweets imply he was engaged in insider trading and manipulating the stock market. Mr Davison denies his tweets meant that and is fighting the lawsuit using the defences of contextual truth and justification.

In a rare test of what legal protection guerilla journalists have for their sources, Mr Davison invoked problematic journalistic shield laws in an effort to prevent Mr Kumova from forcing him to reveal who provided him information behind some of the Stock Swami tweets.

Mr Davison said he had promised a source, whom he described as a corporate adviser, that he would keep his identity a secret. He argued that as a journalist as defined in the Commonwealth Evidence Act, he has a right to protect their identity.

But the Federal Court last week said not only was his self-description as a citizen journalist “loose”, his conduct on Twitter was not one of a journalist, and he could not invoke the shield laws. 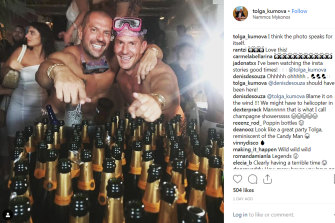 “I think the photo speaks for itself” Tolga Kumova on holiday in Mykonos in 2019.Credit:Instagram

“His conduct in the use of the platform viewed in its entirety strips him of that characterisation,” Judge Geoffrey Flick said.

Under Commonwealth law, a journalist is defined as someone who is engaged in the profession, complies with recognised codes of practice and regularly publishes in a news medium.

Citizen journalism, on the other hand, evolved from the internet as social media platforms and blogs enabled anyone to report information. The term is attributed to Korean entrepeneur Oh Yeon-ho who said in 2000 “every citizen is a reporter” when he started an online daily newspaper.

Mr Davison’s Twitter account, which he describes as “cynical and cranky take on the ASX professional company operators making a play on Retail”, was also not a news medium, Judge Flick said. 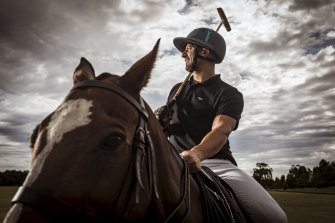 Tolga Kumova ahead of hosting the Daylesford Polo in 2019.Credit:Chris Hopkins

Media lawyer Kevin Lynch, of Johnson Winter and Slattery, said the journalist’s shield was not often tested outside the traditional media field.

But more defendants are being sued over mass publications that don’t involve classic journalism, he said, the recent defamation suit from NSW Deputy Premier John Barilaro against comedian and Friendlyjordies YouTuber Jordan Shanks being one example.

“As the line between traditional journalism and guerrilla journalism becomes increasingly blurred, the extent to which a journalist’s shield will be available will become more and more important,” Mr Lynch said.

Prominent lawyer Matt Collins, QC, said the so-called journalist’s privilege is intended to protect professional journalists and the question of whether a citizen journalist could satisfy the test was still a live issue.

“The court found he was not within a bull’s roar of the sorts of journalists who are entitled to protection,” Mr Collins said. 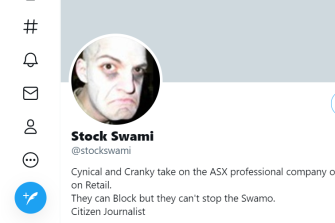 “It can’t be right that journalistic protection is limited to legacy media. It must apply to new media. I’m just not convinced this was the best test case for the new limits.”

“Even when you’ve got professional journalists and a professional news medium, very often the protection has to be given up as the price for running a defence in a defamation case,” he said.

citizen, Journalist, over, Sued, t
You may also like: