A POLICE officer has slammed parents who let hundreds of kids run wild letting off fireworks in chaotic scenes.

Shocking footage shows mobs of youths descending on a South London town centre as floods of cops respond to the bedlam. 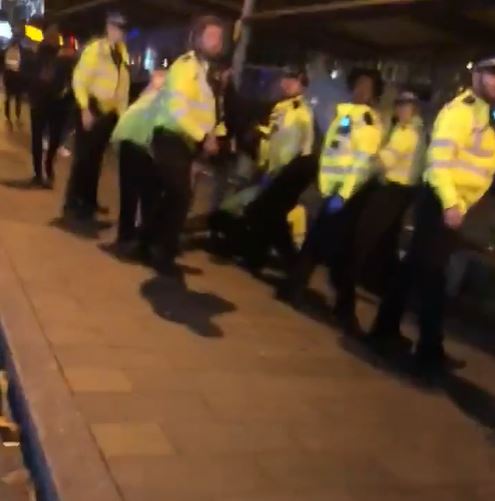 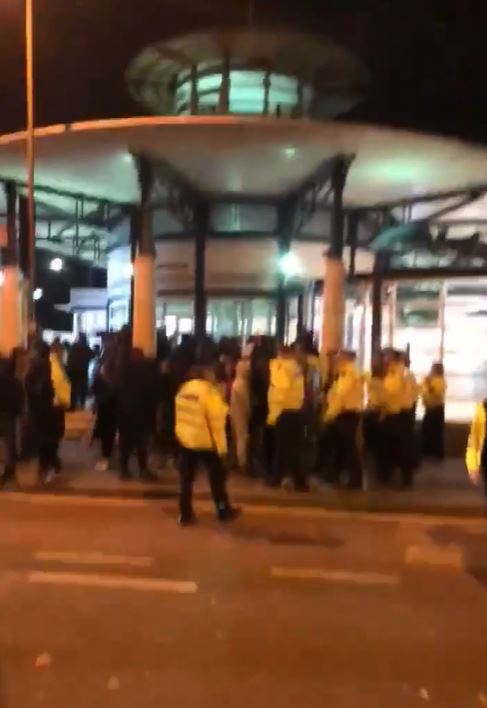 In the footage, no fireworks can be seen being let off but Greenwich Cops said "many" had been let off throughout the incident and earlier in the week.

He told parents taking their eye off disorderly kids to "come down, find them, and take them home".

In the statement, posted this morning, Sgt Warren said: "Dear parents and guardians, I am writing to you all in my role as Safer Schools Sergeant for Greenwich Borough and as an officer who witnessed the horrible scenes in Woolwich Town Centre last night and earlier in the week.

"Yesterday evening myself, my team and many other officers were deployed in Woolwich Town Centre to deal with hundreds of youths throwing fireworks, causing disorder and ‘hanging around’.

"There was also a young man stabbed in the town centre last night and a vulnerable member of the public receiving medical attention after a firework was thrown in his direction.”

He added "many fireworks" were thrown in the "busy area where young children, elderly and vulnerable people were present".

The cop said it was "only luck that prevented more people getting seriously hurt".

He condemned the actions, writing: "I feel the community was let down by the children present and it is your responsibility as parents and guardians to make sure they do not let their community down again."

Video, believed to be taken in Woolwich town centre on Sunday night, shows swathes of unruly youngsters running riot as scores of cops attempt to intervene.

Hoards of youngsters can be seen appearing to gather around Woolwich Arsenal Station with cops in hot pursuit.

People can be hear shouting and screaming as one bus blasts its horn when a panicked cyclist crosses its path.

'LUCKY NO ONE WAS SERIOUSLY HURT'

A female officer shouts: "Get away, get away" as the person filming runs towards a small knot of youngsters and police.

Further shaky footage shows the moment a cop appears to shove one alleged troublemaker out of the way as groups of shouting youngsters run towards the scenes with their mobile phones out.

The force said in a tweet: "Non branded fireworks seized from 13 year old.

"We prevented them from being chucked at colleagues, innocent members of the public or it blowing his hand off!"

It comes after a North London homeowner claimed teens shoved a lit firework through her letterbox, leaving her screaming in terror as it ricocheted through the hallway. 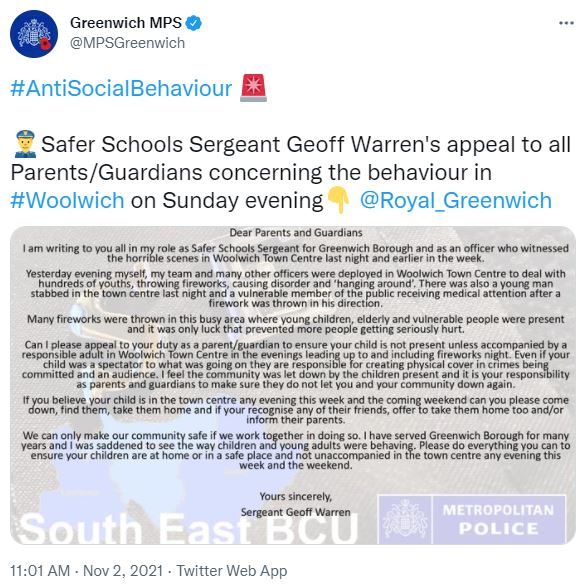 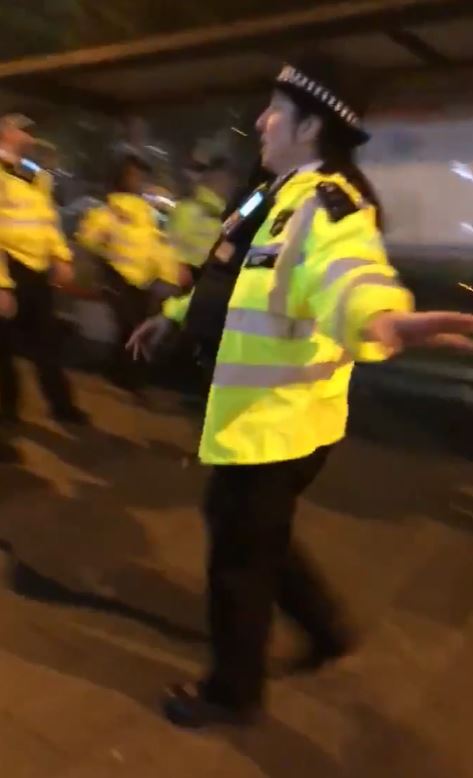 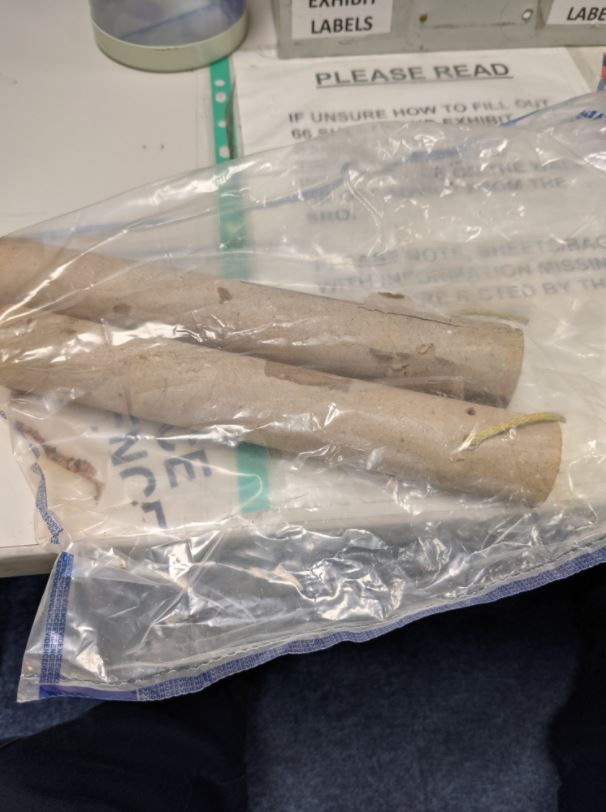 cop, for, letting, parents, slams
You may also like: