A councillor who called his pensioner neighbours ‘The Peeping Tom’ and ‘The Tart’ in a bitter 13-year war of words has today been banned from talking to them.

Brendan Murphy, 79, has been slapped with a restraining order and a £100 fine after being hauled to court over the neighbourly dispute in quiet Disley, in Cheshire.

The Former Conservative Party Parliamentary candidate bombarded Christopher Boyd, 76, and wife Margaret, 74, after they fell out over a dispute about local gossip.

Whenever Mr Boyd would sweep leaves from the driveway of their £500,000 home on the fringes of the Peak District, Murphy would bellow: ‘Morning Tom, how’s your tart today?’ from his window.

And on one occasion, while Mr Boyd was doing DIY on his roof, Murphy said: ‘You can do a lot of peeping from up there, you peeping Tom’.

He went on to add: ‘Make sure you don’t fall off that roof, I won’t be able to give you the kiss of life.’ 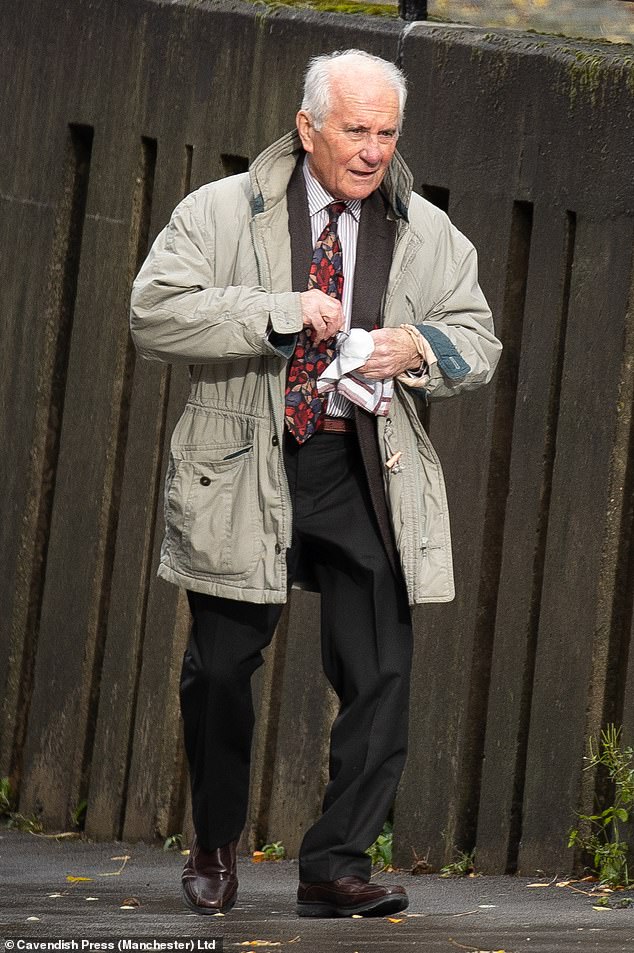 Brendan Murphy, 79, has been slapped with a restraining order and a £100 fine after being hauled to court over the neighbourly dispute in quiet Disley, in Cheshire

Initially Murphy, who sits as an independent councillor on Cheshire East Council, would bark his comments through their adjoining privet hedge.

But he amplified his insults when the Boyds built a six foot high fence between the properties and installed CCTV cameras to chronicle his campaign of abuse.

Mr Boyd also placed an audio recorder on his fence and camcorder in his landing window to catch Murphy speaking to him.

In a statement read to Stockport Magistrates’ Court, where Murphy was sentenced, Mr Boyd said: ‘He seems to get pleasure out of making these comments and when walking down the road, I have to check to see if he is in his garden.

‘I am anxious when my wife has to walk on her own and we are continually on guard and we are always wondering what tomorrow will bring.’

Mr Boyd, a retired draughtsman, added: ‘I have forgotten what it is like to have a stress free life.’ 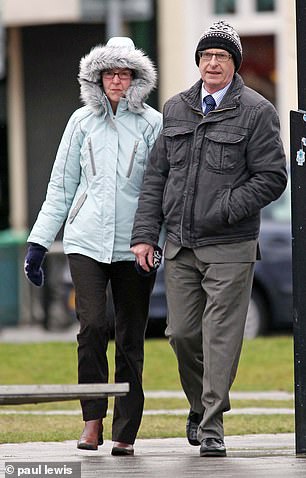 The Former Conservative Party Parliamentary candidate Brendan Murphy bombarded Christopher Boyd, 76, and wife Margaret, 74, (pictured outside court) after they fell out over a dispute about local gossip

Meanwhile, Mrs Boyd said: ‘This has been ongoing for a number of years, we do not wish for this to keep happening. He has no right to call me a tart and my husband a peeping Tom.

‘When I wake up, I wonder if I will have a peaceful day or not. When I hear his voice, I feel churned up inside.

‘He likes to bully me and the only time I can relax is when he goes out. I cannot walk down the road on my own and I do not feel safe until I am down the road.’

Mrs Boyd told the court the abuse had caused her an ‘incredible amount of stress’ – so much so she claimed it had left her with health problems – and described Murphy as ‘unpredictable and dangerous’.

On Monday, Murphy who was found guilty of harassment following a trial was also ordered to complete a 12 month community order and pay £715 in costs.

The court heard the neighbours had lived next door to each other since 1984 and initially got on well.

But but they fell out in 2007 after Murphy reportedly accused them of spreading gossip about his late wife Iris and alleging he was underpaying his council tax.

The feud deteriorated when the Boyds put the fence up and called in the police.

In January 2011 Murphy was issued with a harassment notice and told to restrict his conversation with the Boyds to ‘Good Morning’.

But he continued to approach the couple and was convicted of harassment the following year.

Murphy won an appeal against the conviction but a restraining order remained in place and he breached it in 2015.

The court heard the latest offences took place between November 2017 and July 2019.

Mrs Boyd told the hearing: ‘On one occasion we were walking from our home to get our car from the garage when Mr Murphy walked towards us and bumped into my husband. 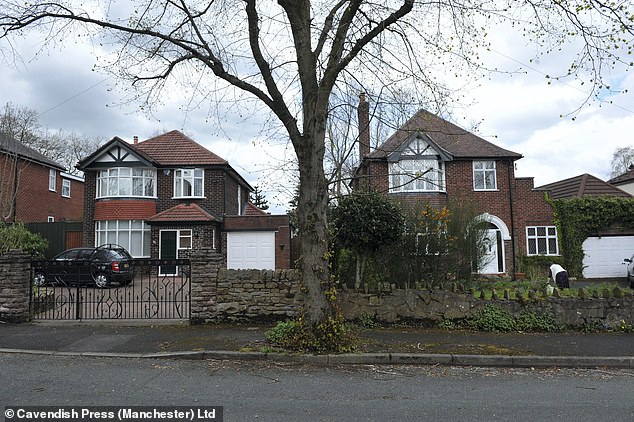 The court heard the neighbours had lived next door to each other since 1984 and initially got on well. But but they fell out in 2007 after Murphy reportedly accused them of spreading gossip about his late wife Iris and alleging he was underpaying his council tax.

‘I was holding his hand as we expected trouble at the time and am so frightened of any trouble.

‘Chris said, “watch your step” and he said, “come on then, come on then” and I nearly fell over his dog.

‘Later I was sweeping the leaves up from the ground in my own garden when Mr Murphy shouted, “how’s your tart today?”

‘We didn’t see him but we can recognise his voice because we have known him for 30 years. I just went inside as it was quite distressing.

‘He was just shouting at my husband. He calls him a Peeping Tom. We went inside because it is very distressing.

‘It is horrible and it is just endless.. He says these kinds of things daily. It makes me feel frightened.’

Mr Boyd said: ‘Once I was in the garden and his dog was barking.

‘He was pretending to speak to the dog and he said, “Is that the peeping Tom and the tart?” 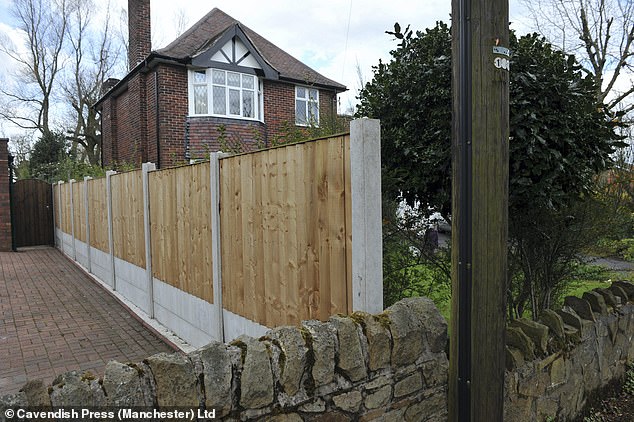 ‘He was of course referring to my wife and I. He continually called her a tart, he was goading her and sneering in his expression and he said it very loudly.

‘He continually calls me a peeping Tom and my wife a tart and has asked if I was eavesdropping again.

‘He was sneering and goading it makes me feel very angry because it is totally unnecessary.’

Mr Boyd said he had recorded 19 separate incidents to the police between June 21 and June 27.

He said: ‘It is stressful when you are out in the garden and someone is shouting insults at you. He gets a lot of pleasure out of intimating us and thinks it is good fun.’

Murphy who stood unsuccessfully for the Conservatives in the Vale of Clwyd in the 2001 general election, told the hearing he had ‘justifiable reason’ to call Mr Boyd a ‘Peeping Tom’ and his wife a ‘Tart’ and said some of his comments were jokes.

He added: ‘I have never threatened them with physical violence. I am going to appeal this to the crown court.’