Donovan Mitchell says he wanted to work things out.

In an interview with ESPN on Wednesday, the now-Cleveland Cavaliers guard downplayed reports of discord with Rudy Gobert and blamed Utah Jazz CEO Danny Ainge for breaking up the team. He also disputed Ainge’s account from Monday that Jazz players “really didn’t believe in each other.”

“I don’t think we didn’t believe,” Mitchell told ESPN’s Brian Windhorst. “I said at the end of the season, don’t trade [Gobert]. Let’s figure this out, let’s do. And that didn’t happen.

“For him to say that after six months around the team, I disagree. But you know, at the end of the day, that’s his decision.”

A long-time Boston Celtics executive, Ainge joined the Jazz as CEO in December. After the Jazz core built around All-Stars Gobert and Mitchell lost in the first round of the playoffs and failed to advance to the Western Conference finals for a fifth straight year, Ainge had seen enough.

He traded Gobert to the Minnesota Timberwolves for a boatload of draft capital in July. The move signaled Mitchell’s imminent exit, which Ainge orchestrated for even more draft capital in a Sept. 1 deal with the Cavs. 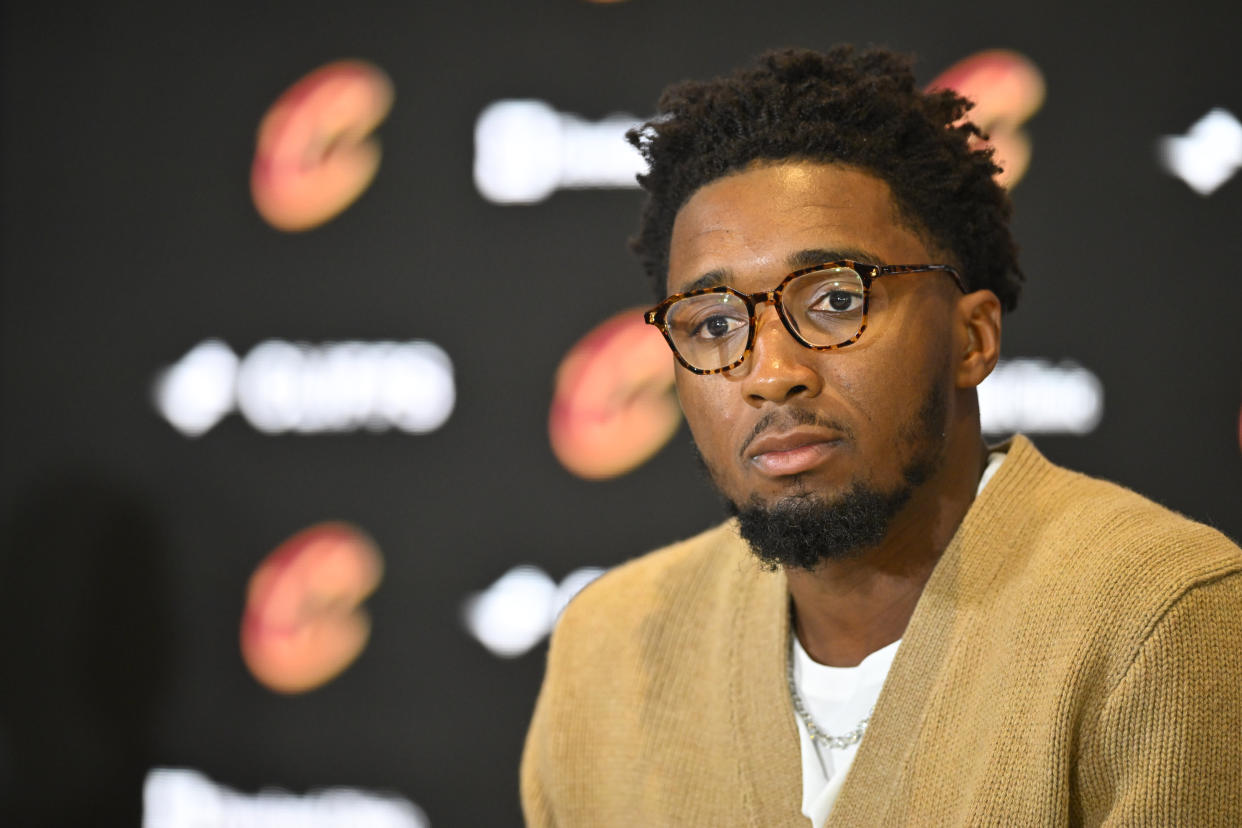 Reports of discord between Gobert and Mitchell swirled around the Jazz last season. Ainge confirmed as much — at least from his point of view — while speaking with reporters on Monday.

“What I saw during the season was a group of players that really didn’t believe in each other,” Ainge said. “I think individually they have resolve. I just don’t believe that collectively they did.”

While Mitchell was all but gone once the Jazz initiated their rebuild with the Gobert trade, his eventual destination in Cleveland was a surprise to most — Mitchell included. A New York native who was openly coveted by the Knicks, Mitchell told reporters that he believed that he was going to wear blue and orange next season.

“I thought for sure I was going back home,” Mitchell said of New York in a news conference. “I’m not going to lie about that.”

But talks between the Jazz and Knicks broke down, and the Knicks instead signed RJ Barrett to an extension. Now Mitchell will team up in a backcourt with 22-year-old All-Star Darius Garland on a young Cavs team aiming to make some postseason noise next season.

“When I found out where I was headed, who I was playing with … I couldn’t be happier,” Mitchell continued.