Fact check: Claim about health effects of AirPods and other Bluetooth earphones is missing context

A post circulating on Facebook captions a photo of Apple AirPods with an arresting warning: “There is no nice way to say this,” the post reads, “but if you use these, let your child use these or buy these for a family member or friend, you are helping to destroy your and their health.”

Text circulating in numerous identicalposts claims AirPods are more dangerous than other devices, including over-the-ear headphones and microwave ovens, because of their proximity to the skull and their radiation emissions.

“These emit 5x the radiation of over the ear blue tooth[sic] headphones because the AirPod literally sits in the ear and into the cavity leading to the skull,” reads a Facebook post from Lisa’s Natural Herb and Wellness Shop that has been shared 49 times since May 2. “They emit more radiation than a microwave and what’s worse, they emit this even while turned off.”

The maximum amount of radiofrequency waves that a person would absorb from AirPods is well below the limit set by the Federal Communications Commission, and they don’t emit radiation while turned off.

Contrary to the post’s claims, AirPods don’t emit five times more radiation than over-the-ear Bluetooth headphones, nor do they emit significantly more radiation into their environment than a microwave does, according to radiology experts and product information from the Federal Communications Commission.

USA TODAY reached out to several users who shared the claim for comment. 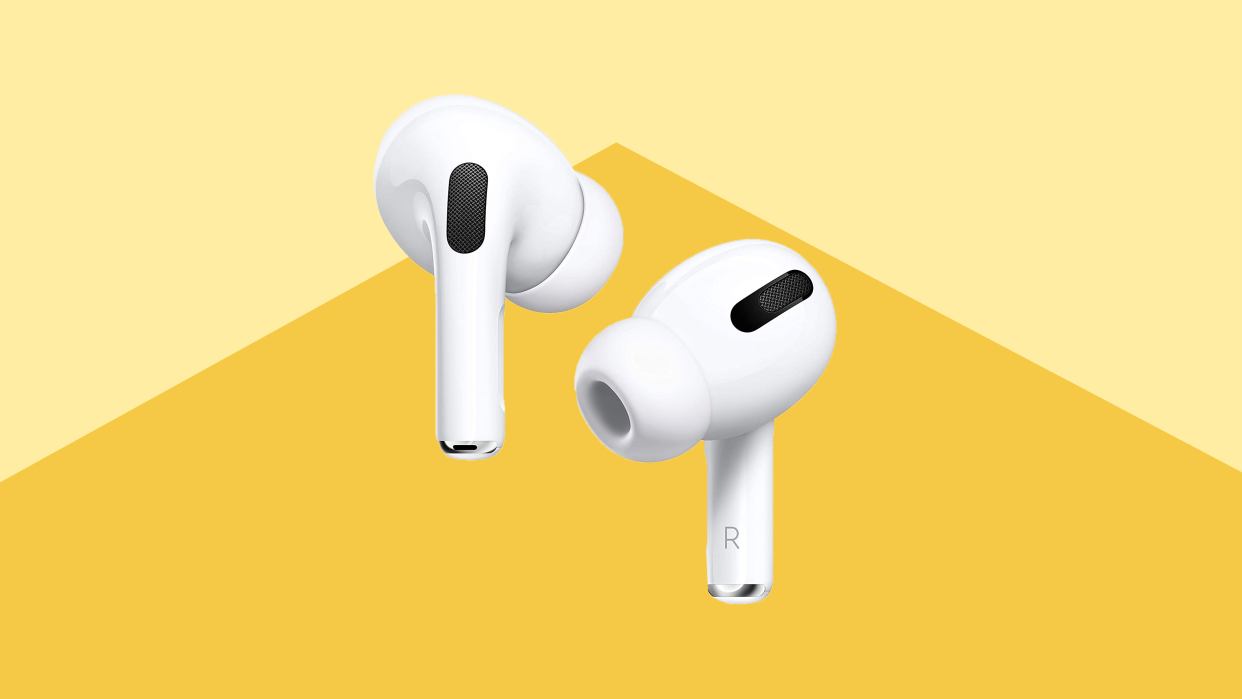 USA TODAY found there is not sufficient evidence to support the claim that AirPods “destroy your health,” as Reuters, Verify and Lead Stories have also reported.

AirPods have been approved as safe by the Federal Communications Commission, which sets the maximum level of radiofrequency radiation that a device can emit at any given time. This limit is measured by the rate at which a person using a device would absorb the radiation, also known as a device’s specific absorption rate.

Devices are only approved if their highest measured specific absorption rate falls below the FCC limit of 1.6 watts per kilogram (W/kg), as averaged over one gram of tissue.

The FCC’s maximum is far lower than limits determined safe in the latest research, said Jerrold Bushberg, radiology professor and chair of the Board of Directors of the National Council on Radiation Protection and Measurements.

“The (FCC) standard is set with a very large margin of safety,” Bushberg told USA TODAY in a phone interview.

However, some scientists say the limits currently in place are too permissive, including Joel Moskowitz, a researcher at the University of California, Berkeley. In 2015, he and around 250 other radiology researchers signed an appeal urging the World Health Organization to issue more protective standards. He advised wireless device users to exercise caution and use cell phones in hands-free mode or with wired headphones when possible.

“In my professional opinion, the verdict is out on the safety of wireless headsets because the health effects from long-term exposure to this source of radiofrequency radiation have not been studied,” Moskowitz wrote in an email to USA TODAY. “The current RF exposure limits and testing procedures are inadequate to protect human health.”

Nonetheless, it has not been conclusively shown that RF exposure from wireless devices is harmful to humans, according to the Centers for Disease Control and Prevention, the FCC and the National Cancer Institute. The FCC called evidence for harmful biological effects “ambiguous and unproven.”

So far, the only established effect of the trivial heating that radiofrequency waves cause in low doses is “microwave hearing,” which is the very faint buzz one can sometimes hear when around electronic devices, according to a 2019 report from the Institute of Electrical and Electronics Engineers and a study published in Health Physics. 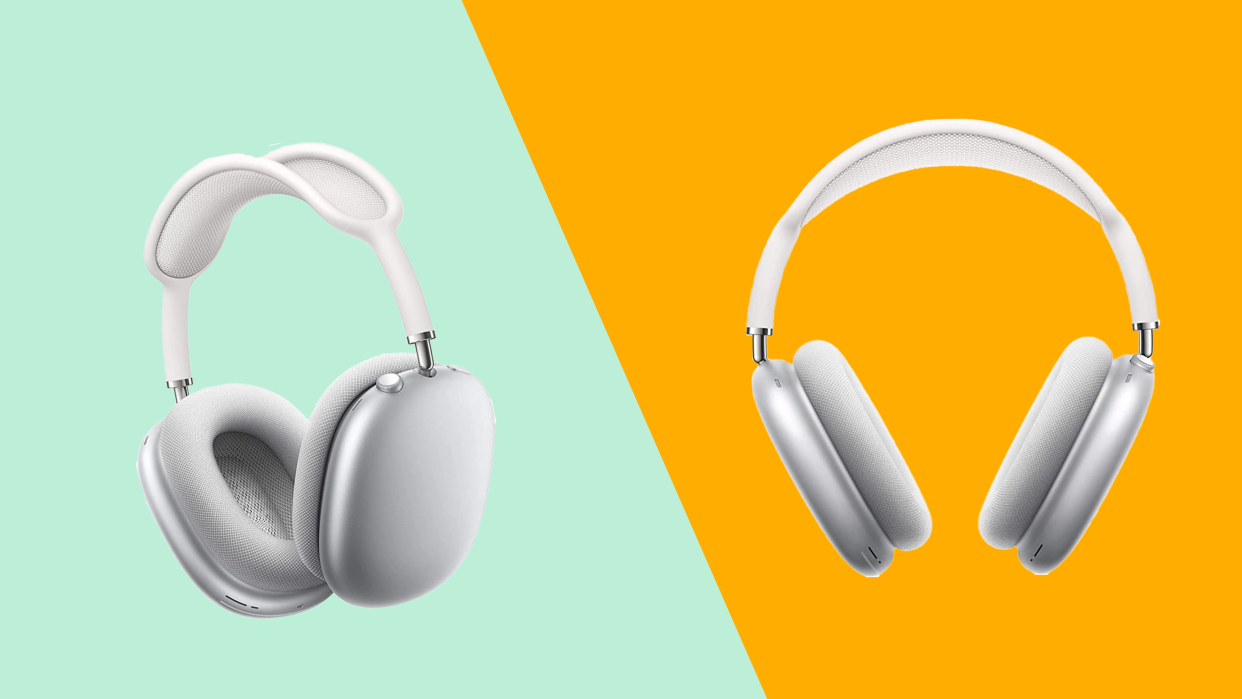 AirPods are as safe as over-the-ear headphones

Even so, the two devices are just as safe, said Bushberg, who is also a clinical professor of radiology and radiation oncology at the University of California, Davis School of Medicine. Because all Bluetooth earphones sold in the U.S. must meet FCC standards, devices are safe to use as directed and differences among them are trivial, Bushberg said. He explained it this way:

Say you’re driving a truck and you’re going under an overpass. If you’ve got an eight-foot-tall truck and the overpass has a 10 foot limit, are you safer to drive around to the 12 foot limit overpass just because it will give you more room? No. Your eight-foot truck will fit under the 10-foot overpass and it will fit under a 15-foot underpass. They’re both below a level that can cause harm or damage.

It’s also important to note that even if a device has a higher maximum specific absorption rate than another device does, it could be emitting less radiation at any given point in time.

“You can have a situation where both the phone and wireless earphones are operating thousands of times lower than their maximum,” Bushberg said.

The post’s claim that AirPods “emit more radiation than a microwave… even while turned off” doesn’t specify whether it refers to the radiation inside or outside a microwave oven.

For the first case, the answer is clear. AirPods generate far less energy than microwaves do when cooking food, according to both Moskowitz and Bushberg. A typical microwave oven has a maximum power of about 1,000 watts while AirPods have 2.5 milliwatts at most, making the power of most microwaves “about 400,000 times higher” than that of AirPods, Bushberg said.

As for the other case, “strictly speaking, it is possible but not likely” that AirPods would emit more radiation into its immediate environment than a microwave would, Bushberg said.

Based on our research, we rate MISSING CONTEXT the claim that Apple AirPods destroy your health, emit 5 times more radiation than over-ear headphonesand emit “more radiation than a microwave.” The effects of long-term wireless device use are not yet entirely known, but existing evidence does not conclusively show that the levels of radiofrequency radiation in Airpods or other wireless devices are harmful. Contrary to the post’s claims, it is not proven that people who wear AirPods earbuds absorb five times more radiation than people wearing over-the-ear headphones do. Lastly, AirPods are far less powerful than microwave ovens, though it is possible that the devices could leak similar amounts of radiation into the surrounding environment.

Thank you for supporting our journalism. You can subscribe to our print edition, ad-free app or electronic newspaper replica here.

Our fact-check work is supported in part by a grant from Facebook.