A federal judge ruled that the University of North Carolina at Chapel Hill can continue to use race-based admission practices, saying the school’s policy did not discriminate against white and Asian American applicants.

“Seventy years after the first Black students were admitted to U.N.C., the minority students at the university still report being confronted with racial epithets, as well as feeling isolated, ostracized, stereotyped and viewed as tokens,” wrote U.S. District Judge Loretta Biggs in a 161-page ruling Monday. “As a whole, underrepresented minorities are admitted at lower rates than their white and Asian American counterparts.”

The lawsuit brought by the Students for Fair Admissions accused the university of violating the U.S. Constitution by making race a factor in their admissions process, which they said favored Black and Hispanic applications at the expense of White and Asian American hopefuls.

But Briggs disagreed with the argument, saying that the school’s policy was narrowly constitutional because it served a “compelling and substantial interest in pursuing and attaining the educational benefits of diversity.” 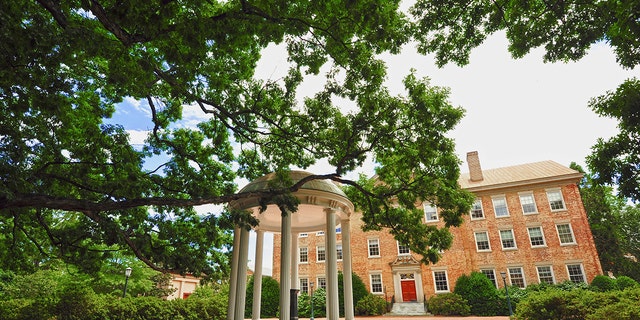 Briggs wrote that ignoring race in admissions decisions “misses important context to include obscuring racial barriers and obstacles that have been faced, overcome and are yet to be overcome” by minority students.

“This decision makes clear that the university’s holistic admissions approach is lawful,” University of North Carolina spokesperson Beth Keith said in a statement to the New York Times. “We evaluate each student in a deliberate and thoughtful way, appreciating individual strengths, talents and contributions to a vibrant campus community where students from all backgrounds can excel and thrive.”

But Edward Blum, the founder of the Students for Fair Admissions, vowed to appeal the ruling to the Supreme Court if necessary, saying his organization would “ask the justices to end these unfair and unconstitutional race-based admissions policies.”