‘So much has changed in just one year’: Heartbroken fiancé posts touching tribute to BBC Three star Jasmine Burkitt who appeared in dwarfism reality show and died after overdosing on antipsychotic drug

The heartbroken fiancé of a BBC Three star with dwarfism who died after overdoing on antidepressants is still coming to grips with his new reality, tragically telling friends and family: ‘Everything has changed in just one year.’

Jasmine Burkitt, 28, died at her home at Bodelwyddan, North Wales, in June earlier this year – 12 years after she shot to fame in the four-part documentary, Small Teen Bigger World.

The documentary followed the lives of Ms Burkitt and her mother Bev – who also had dwarfism – over 12 months, capturing the teen’s 16th birthday, a trip to New York and her efforts to track down her birth father.

In the years since the show aired, Bev had tragically died and Ms Burkitt had fallen in love with Lewis Burke. The pair were engaged and making plans for the future at the time of her death. 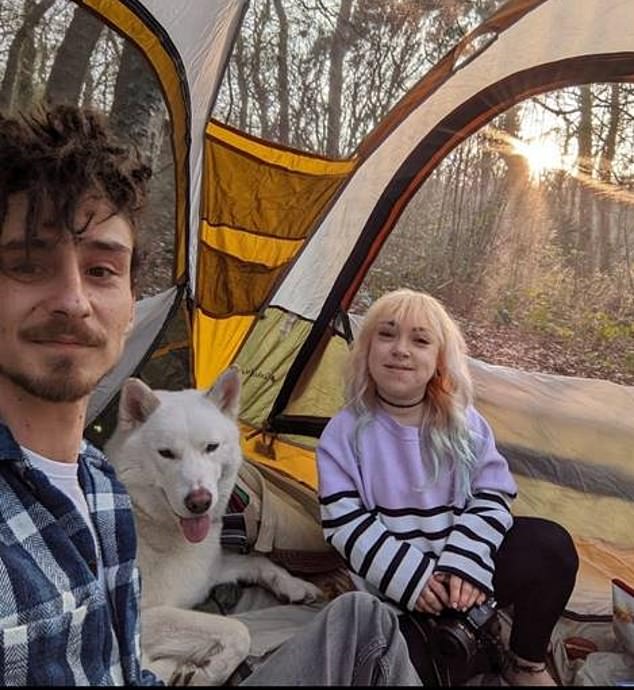 Ms Burkitt and her fiance, Mr Burk (pictured together with their dog, Loki), were living in a tent because they could not find suitable housing. They said they made the tent their own and were ‘living their best lives’ before her tragic death

Now, Mr Burke is facing a reality in which those dreams will never come true. He said in a tribute to his late fiancée on Monday it was hard to fathom how much his life had changed in just one year.

‘Everything has changed,’  he said.

Shortly after her death, he shared a sweet picture with Ms Burkitt and their dog, Loki, smiling inside their tent.

‘What am I supposed to do without you?’ he wrote alongside the photograph.

‘Living with loss is the hardest thing I or anyone will ever have to do, especially when it’s your soul mate.

‘I have no real idea how to cope with it all and I’m not okay. It eats me up inside and it’s all I think about all day, everyday.

‘It is all a part of life, it’s the hardest part of life but a part nevertheless. We’re all going to die and it happens quicker than we’d like.’ 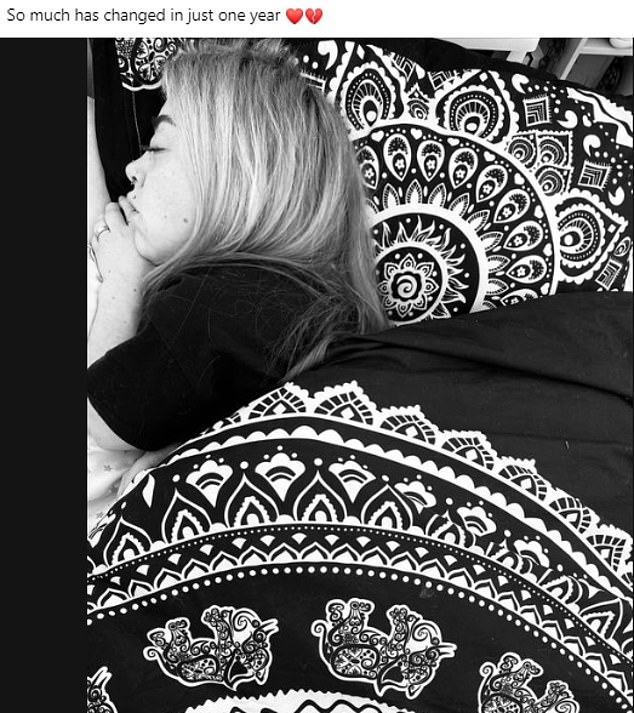 Mr Burke shared a moving tribute to ‘the love of his life’ on Monday, writing ‘everything has changed in just one year’ alongside this picture of Ms Burkitt 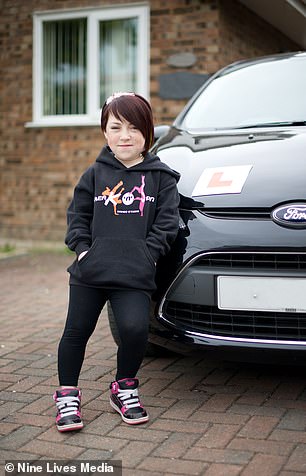 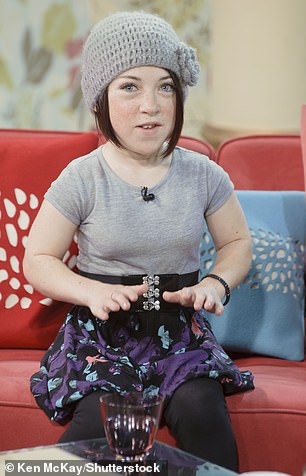 The couple were living in a tent and technically homeless, but Mr Burke said they were ‘very proud’ of the home they’d made for themselves and were ‘living their best lives’.

They’d invested in a ‘very large and beautiful canvas bell tent’, had access to electricity, running water and a fireplace and even had an Xbox and television.

‘We didn’t live in squalor,’ he said. ‘Far from it. Our home was secure and safe. It was our home and we were very proud of it.’

Ms Burkitt had dreams to one day buy land with her fiancé and live off the grid, completely self-sufficiently.

Speaking at the opening of an inquest into her death on Monday, Coroner John Gittins said Ms Burkitt died due to toxicity from Quetiapine, antipsychotic medication used for treating depression.

Mr Burke was in hospital at the time for a heart operation, and his mother had the devastating task of formally identifying her after finding her body.

Ms Burkitt’s grandfather Norman said his family were shattered to learn of her untimely death, but took comfort in knowing she’d been reunited with her late  mother.

‘Jasmine is now safe in your arms,’ he said in a tribute to his daughter, Bev, on what would have been her 59th birthday.

Bev suffered lung and breathing problems in addition to her inexplicable dwarfism and died in 2014.

A full inquest into Ms Burkitt’s death will take place at a later date.