THE Florida doctor who was arrested in connection with the assassination of Jovenel Möise reportedly wanted to remove him from office and claimed that he had the support of a top UN official.

Christian Emmanuel Sanon, who has lived in the US since the 1970s, is suspected of being “one of the leaders” behind the brazen killing of the Haitian president on Wednesday. 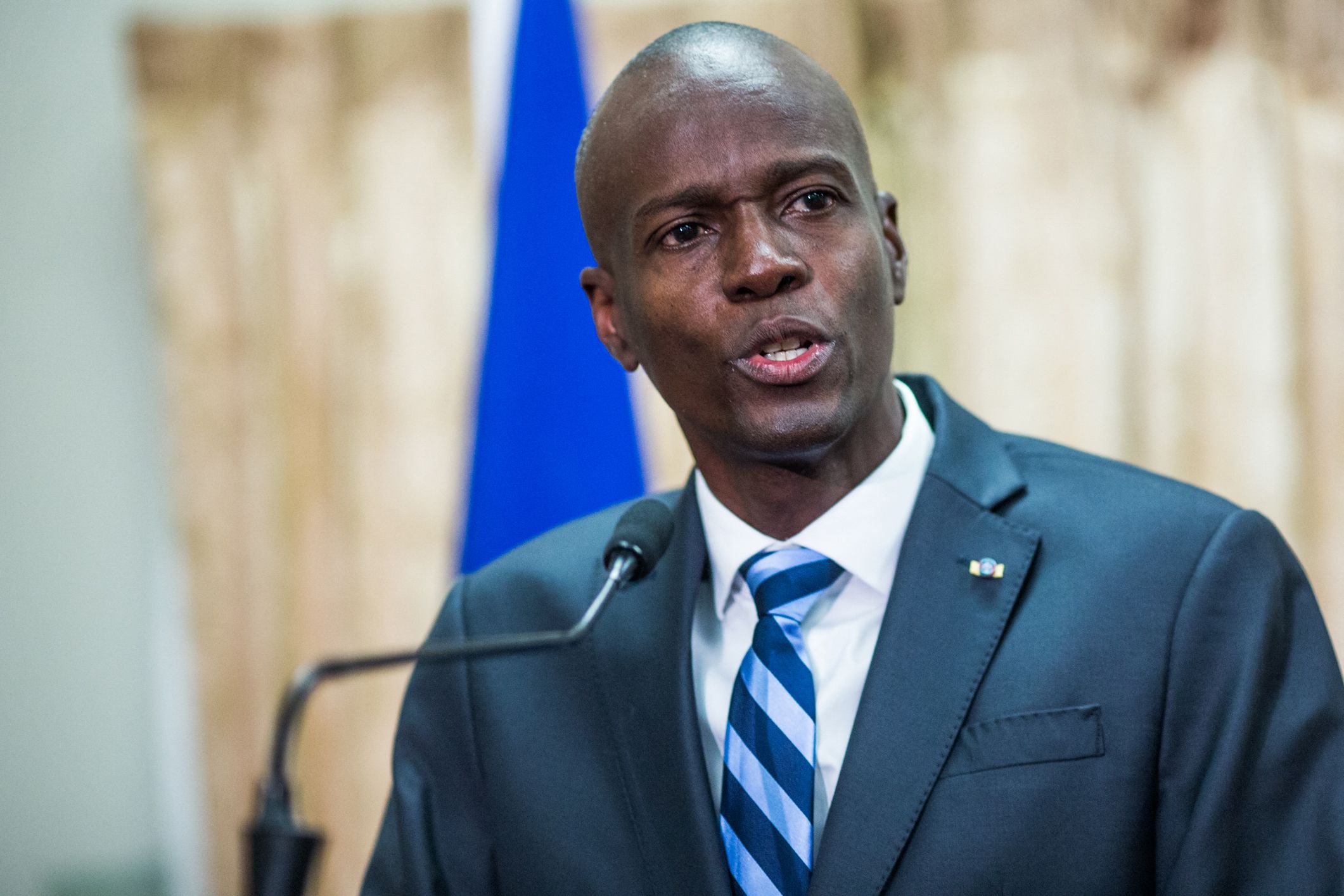 Cops say that the doctor entered Haiti “with the intention of taking the presidency” although allegations have not been proven, MailOnline reports.

It’s reported that he launched a website in 2011 titled “Dr Christian Sanon Leadership pour Haiti” where he provided updates about how he wanted to build clinics following the 2010 earthquake.

An archived webpage reportedly includes a "plan for Haiti".

Sanon launched another website titled “Haitianlivesmatter” where he called for Möise to be removed from office, according to reports.

He accused the former leader of “stealing democracy” and claimed Moïse had “unchecked executive power”.

In a letter to Julie Chung, Acting Assistant Secretary for the State's Department Bureau of Western Hemisphere Affairs, Sanon said: "Haiti is ‘paralyzed’: no elections cause chaos, but, fair elections organized by the current administration are widely believed to be unrealistic.

Sanon allegedly claimed on the site, which was taken down after June 7, that he had the support of a top UN official.

It comes as the widow of Moïse said he was gunned down in the “blink of an eye” before he could say a word.

Martine Moïse's slammed the "gutless killers" just days after she was airlifted to a Miami hospital for treatment of serious wounds suffered when gunmen stormed her family home.

She recalled how "suddenly, the mercenaries came and pelted my husband with bullets."

Moïse said: “You have to be a notorious criminal without guts to assassinate a president like Jovenel Moïse with impunity, without giving him the chance to speak.”

She said her husband was gunned down “In the blink of an eye…without even giving him a chance to say a word”.

Moïse said "love radiated from the home" that he was slaughtered in.

Her comments came after Joe Biden refused to send in troops following the assassination.

Biden’s resistance came despite Haitian officials’ plea for help as they called on Washington to safeguard the country’s infrastructure.

Shocking footage shows the moment alleged ex-military mercenaries were dragged through the crowded slums of Port-au-Prince after being seized.

Foreigners came to our country to kill the president. We are going to bring them to justice."

In one clip, one of the accused can be seen shirtless and dripping with blood as furious onlookers shout and scream.

He appears to make a comment and waves his arms.

A second video shows the same man bound by rope to another as they are pushed and shoved along by the mob.

Last week, two alleged US mercenaries were paraded by cops in front of the media after they were arrested over the assassination.

James Solages, 35 and Joseph Vincent, and 15 Colombian nationals were captured by cops over the killing.

Police displayed passports, guns, and tools during the media parade.

Solages, who lives in Fort Lauderdale, describes himself as a “certified diplomatic agent,” and budding politician on a website for a charity he established in 2019 in south Florida.

On his bio page for the charity, he said he previously worked as a bodyguard at the Canadian Embassy in Haiti.

On his LinkedIn profile, under "skills" he listed: "Military Police."

Haitian police chief Léon Charles said: “Foreigners came to our country to kill the president. There were 26 Colombians, identified by their passports, and two Haitian Americans as well.

“We are going to bring them to justice.” 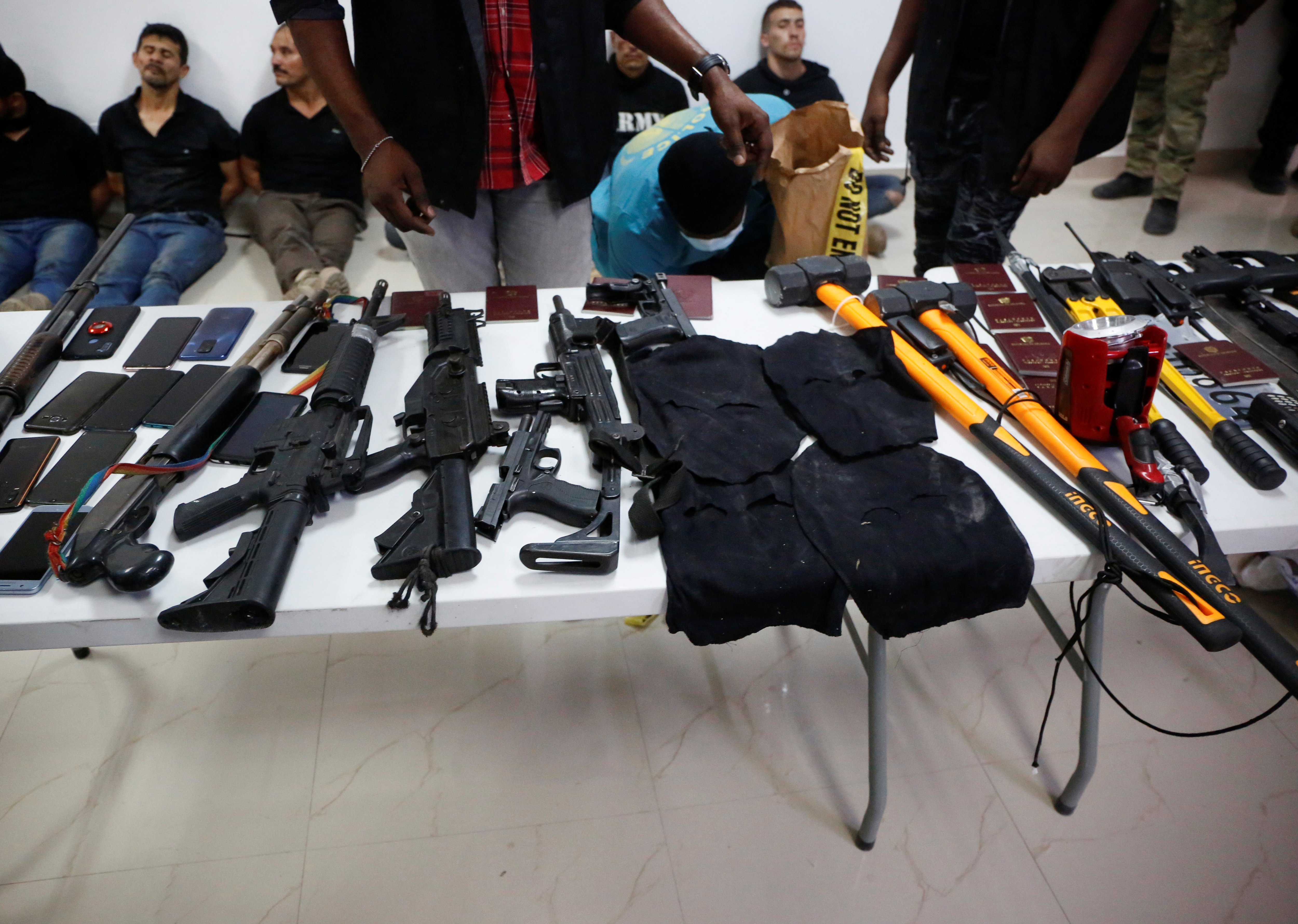 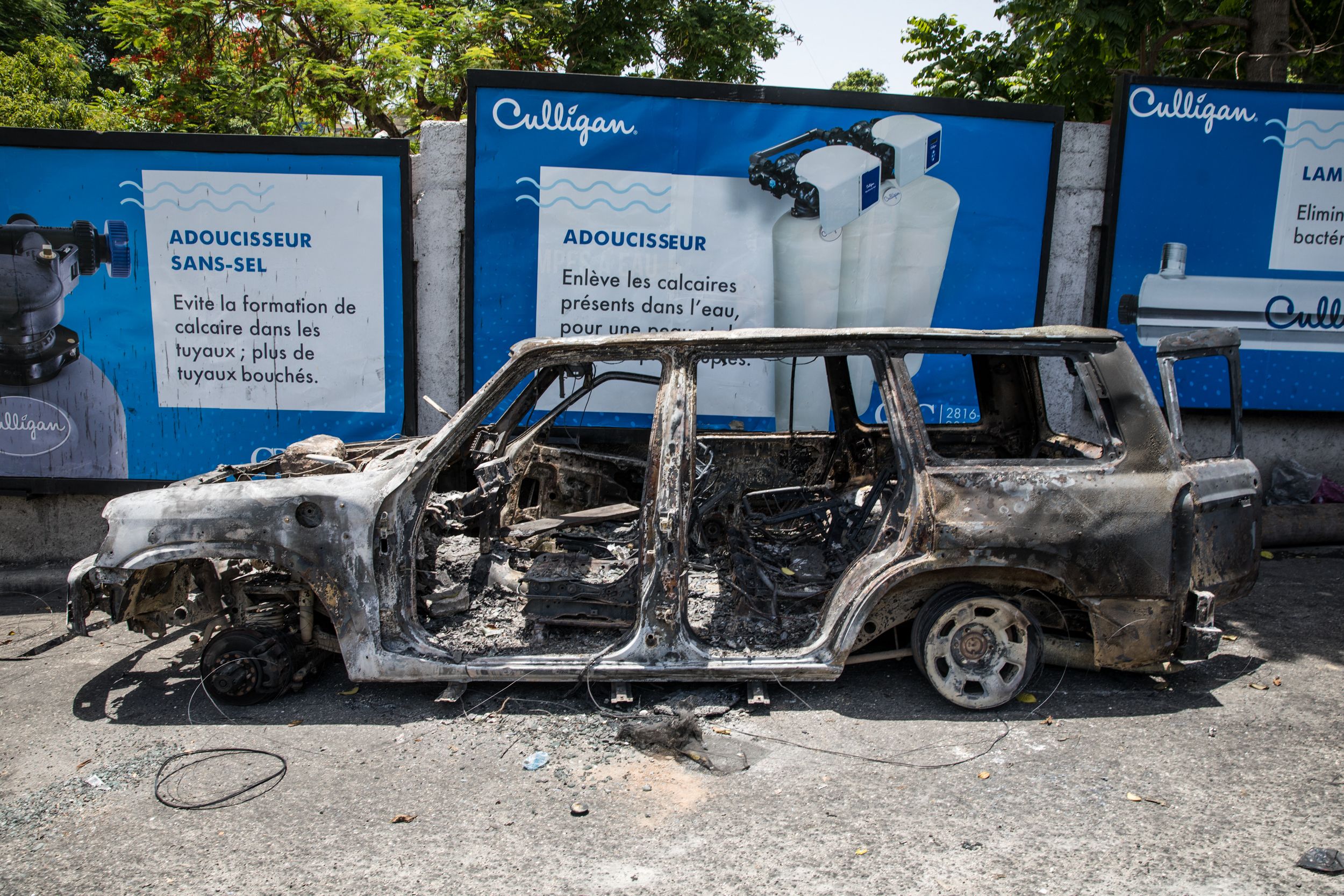