Sex attack warning for Brits in Turkey: 51 reports of assaults including rape made to UK consulate in 2022 with minors targeted in toilets and victims attacked at night in tourist hotspots

The UK Foreign Office has issued a warning to anyone travelling to Turkey that they must remain vigilant after more than 50 cases of sexual assault were reported to the British consulate last year.

The advice for holidaymakers said that crime was generally low in the country, but that Brits needed to remain aware when it came to pick-pocketing and street robbery, as well as the sexual assault cases reported last year.

The Foreign Office said that 51 cases of sexual assault, including rape, were reported to the British consulate in Turkey in 2022.

The updated travel advice comes after news that the country has become an increasingly popular holiday destination for Brits, with over three million visiting last year. 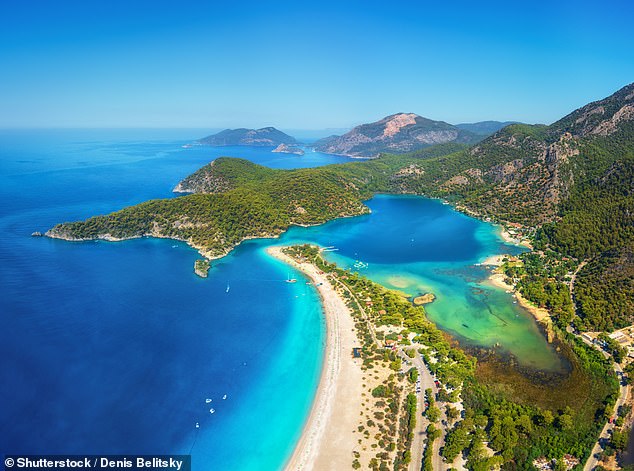 An aerial view of Blue Lagoon in Oludeniz, Turkey. Some 3.3million Brits travelled to the country last year

Most of the reported sexual assault cases occurred over the summer, the Foreign Office said.

They added that these were largely around coastal tourist and resort areas.

The Foreign Office also warned that many of the sexual assaults were committed at night by someone the victim had interacted with during the day.

‘You should be extra vigilant in these situations,’ the Foreign Office statement said.

‘Never accept lifts from strangers. Find a registered yellow taxi and make a note of the registration number before getting in.

‘If you have any concerns, seek advice from your tour operator or the Turkish authorities.’

According to the Foreign Office, some 3.3million British passport holders visited Turkey in 2022. It has proven an increasingly popular destination for Brits, up from 2.9million in 2019, before the coronavirus pandemic.

Visitors are expected to increase this year too, with demand forcing airlines to extend their flight schedules over the summer. 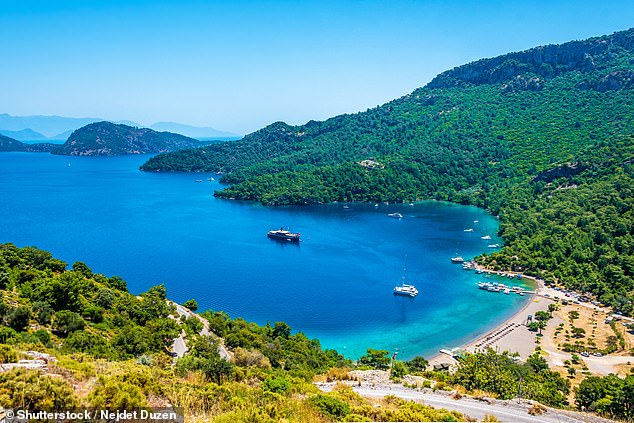 The updated travel advice comes after news that the country has become an increasingly popular holiday destination for Brits. Pictured: Sarsala Bay in Dalaman, Turkey.

Cheaper prices due to the fall of the Turkish lira against the pound has been largely attributed to the country’s popularity with holidaymakers.

The Foreign Office also warned against robbery while on holiday in Turkey.

Although they specified that crime levels are generally low, street robbery and pick-pocketing are common in the major tourist areas around Istanbul.

‘You should maintain at least the same level of personal security awareness as in the UK. Alcohol and drugs can make you less alert, less in control and less aware of your environment.’

Alcohol served in overseas bars is often stronger than in the UK, they warned, and Brits should be aware of their limit.