Four dead after 'most destructive' forest fire in Cyprus' history 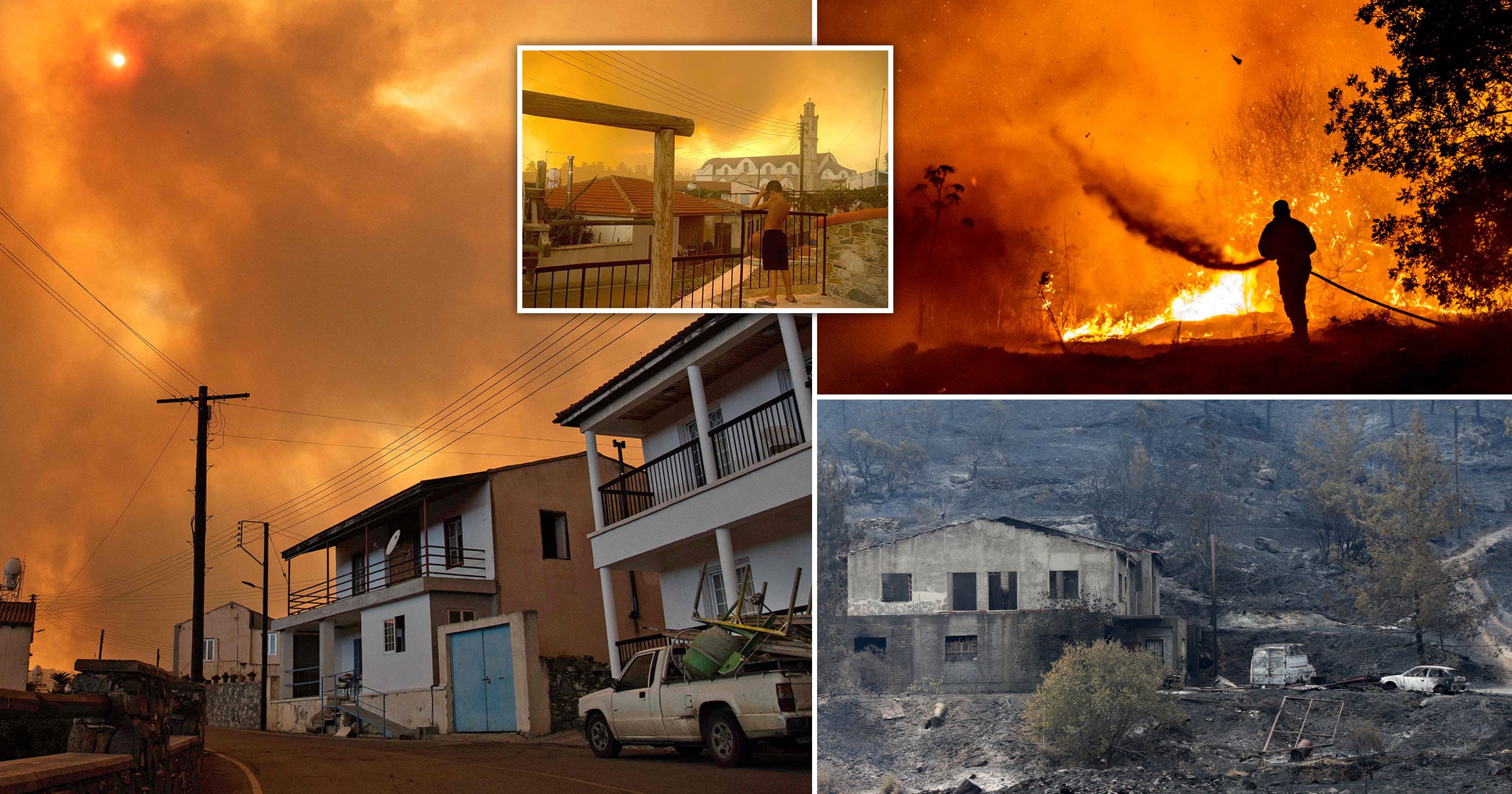 Four people have died after the ‘most destructive’ forest fires in Cyprus.

Search crews found the bodies on Sunday after what a government minister called the ‘most destructive’ blaze in the eastern Mediterranean island’s history.

Nicos Nouris said Civil Defence volunteers discovered the remains just outside the village of Odou on the southern edge of the Troodos mountain range.

He said authorities are trying to confirm whether the bodies belong to four Egyptian men who had gone missing and search crews had been trying to locate.

The blaze, which began on Saturday afternoon, had already forced the evacuation of at least eight mountain villages, destroyed several homes, and has so far scorched 20 square miles of pine forest and orchards, according to Cyprus’s Environment Ministry.

Mr Nouris explained: ‘We are experiencing the most destructive fire since the founding of the Cyprus republic in both material damage, but also unfortunately in terms of human lives.’

He added that Greek and Israeli aircraft will join 11 other planes and helicopters in firefighting efforts later on Sunday.

Mr Nouris said firefighting aircraft and ground crews are focusing their efforts on two massive fire fronts between the villages of Odou and Vavatsinia.

The blaze, fanned by strong winds, is raging north of the cities of Limassol and Larnaca and has affected at least six communities in the foothills of the Troodos mountain range, an area of pine forest and densely vegetated shrubland.

Mr Nouris said authorities are ‘cautiously optimistic’ that they will make progress in beating back the flames, but strong winds expected later in the day could hamper efforts.

Forestries Department Director Charalambos Alexandrou told Cyprus’s Omega TV that it was ‘the worst forest fire in the history of Cyprus’.

Mr Alexandrou said the perimeter of the fire was ‘at least 40 kilometres’. 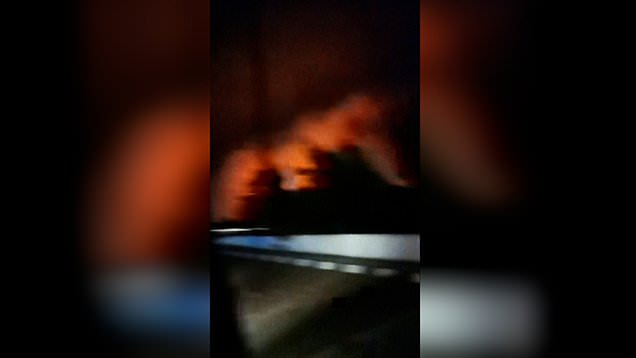 Cyprus has experienced a heatwave this week, with temperatures exceeding 40C.

Dozens of properties were damaged, but no injuries were reported. There were widespread power cuts in the area. Plumes of smoke were visible in the capital Nicosia, some 45 miles away.

Some 36 people who had been evacuated from their homes have been taken to hotels in the capital, Nicosia, while food and water is being supplied to Melini village residents.

Police said that a court has ordered that a 67-year-old man remain in custody for eight days to assist in the investigation into the cause of the fire.

Meanwhile pictures show devastated locals examining the remains of their homes and an eerie skyline obscured by smoke.

Fire department officials said the entire department has been mobilised to fight the blaze, with off-duty staff being called back into service.

Around 70 fire engines, seven bulldozers and 10 water tankers are on the scene.

Cypriot government spokesman Marios Pelekanos said one of two Greek Canadair CL-415 aircraft that were dispatched to the island had to turn back because of a technical malfunction.

He said two Israeli planes have been sent, while authorities are awaiting confirmation about the arrival of two Italian aircraft.

Cypriot President Nicos Anastasiades tweeted: ‘This is a very difficult day for Cyprus. All of the state’s mechanisms are in gear, and the priority is for no loss of life.’