Follow
Home » World News » Furious Irish Guards go to war over the treatment of beloved wolfhound mascot, who's 'being worked to his death bed'

FURIOUS squaddies have sprayed slogans on barracks walls in protest at their mascot dog’s treatment.
Insiders claim wolfhound Domhnall is being worked to his “death bed”. 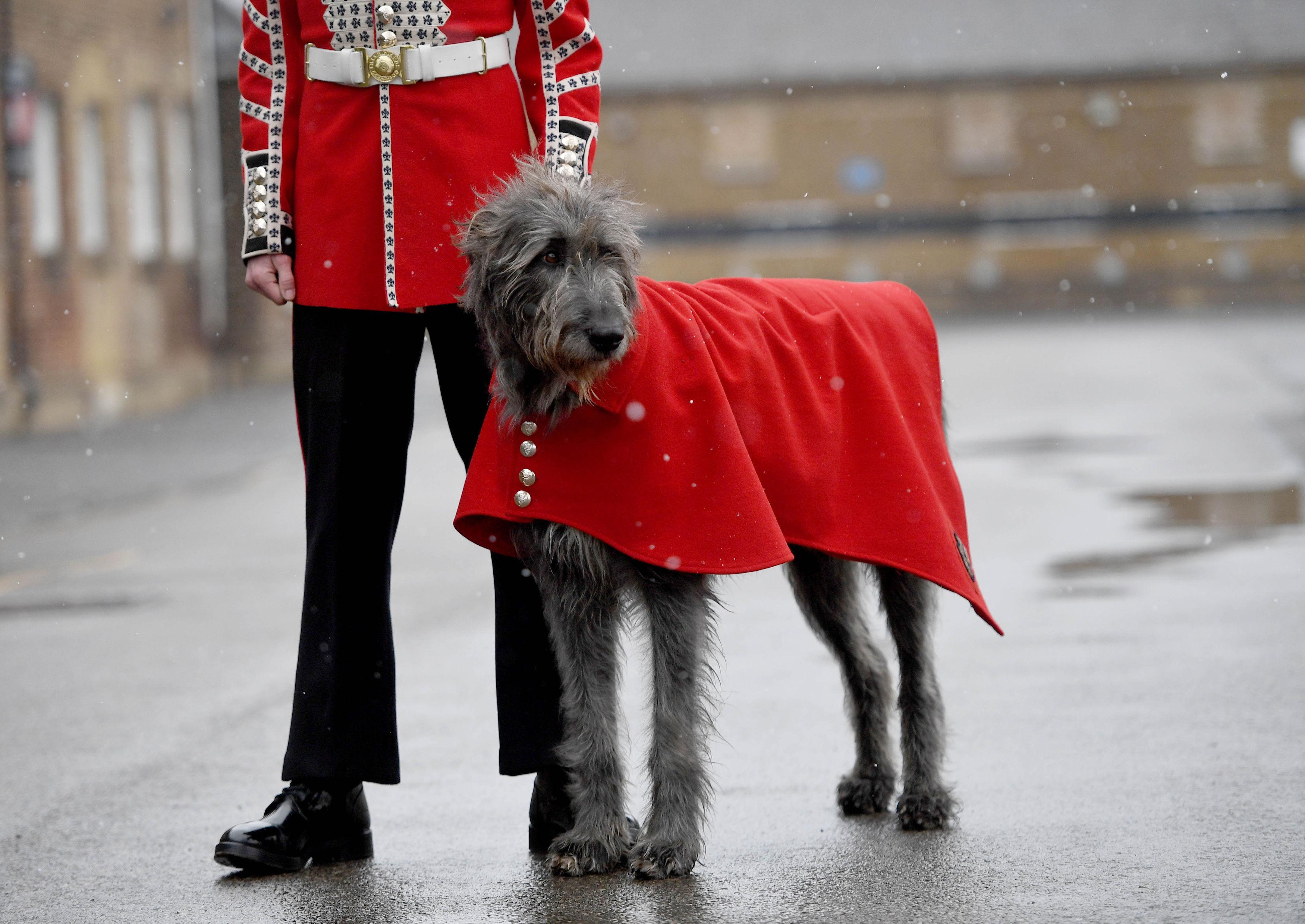 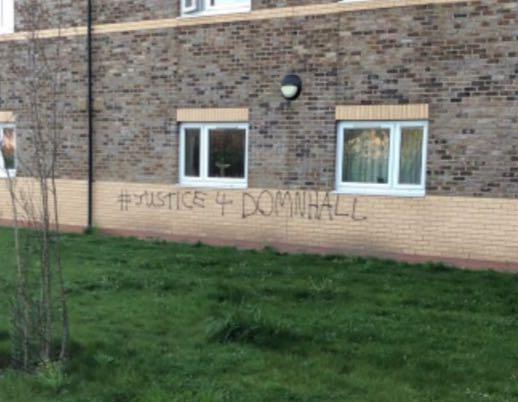 One said: “He should be enjoying retirement. It’s not right.”

“Justice 4 Domhnall” has been spray-painted on walls at the regiment’s barracks in Hounslow, West London, amid fears for his health.

Sources say the Irish wolfhound has a dodgy hip and needs round-the-clock care from his professional handler.

An insider close to the Irish Guards, said: “The lads love that dog.

"But Domhnall has problems with his health. 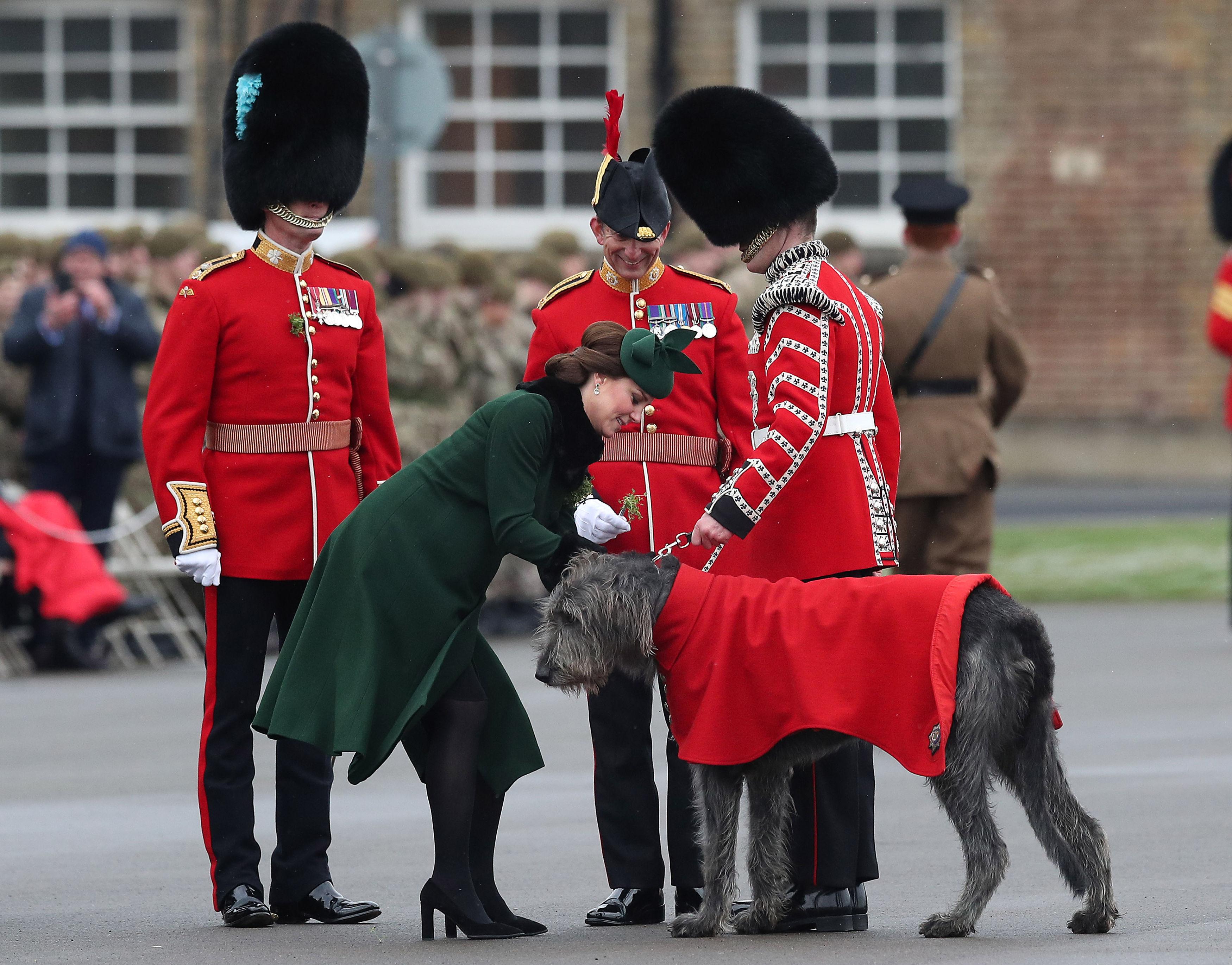 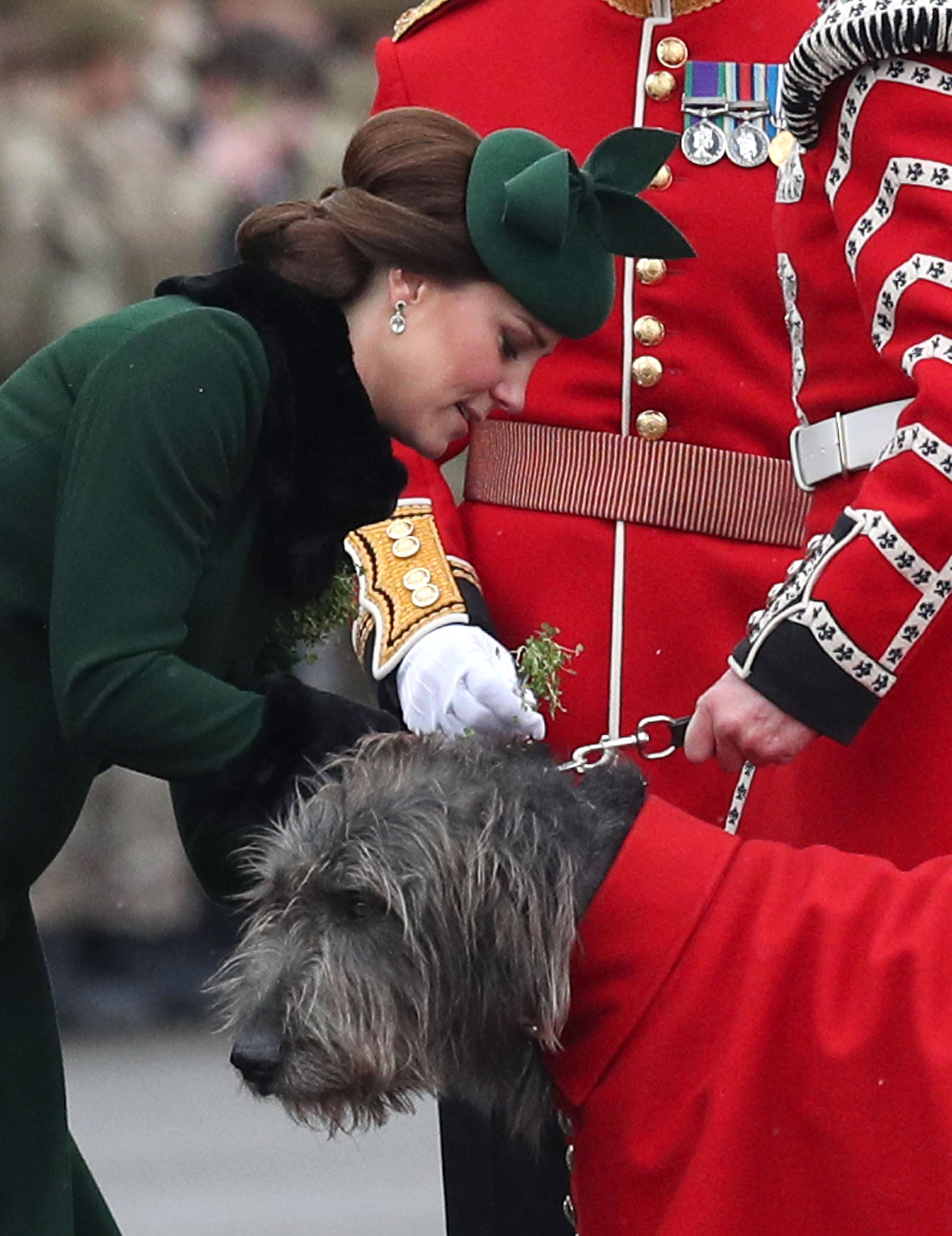 “People are saying the dog is being overworked constantly.

"He was meant to be retired a long time ago, he’s not well, but is being worked to his death bed.

“Someone in the battalion has heard it and gone around spraying that on the walls.

“People are saying this fantastic dog should be enjoying retirement.

Six-year-old Domhnall has served with the Irish Guards since 2013 and attended scores of ceremonial parades. 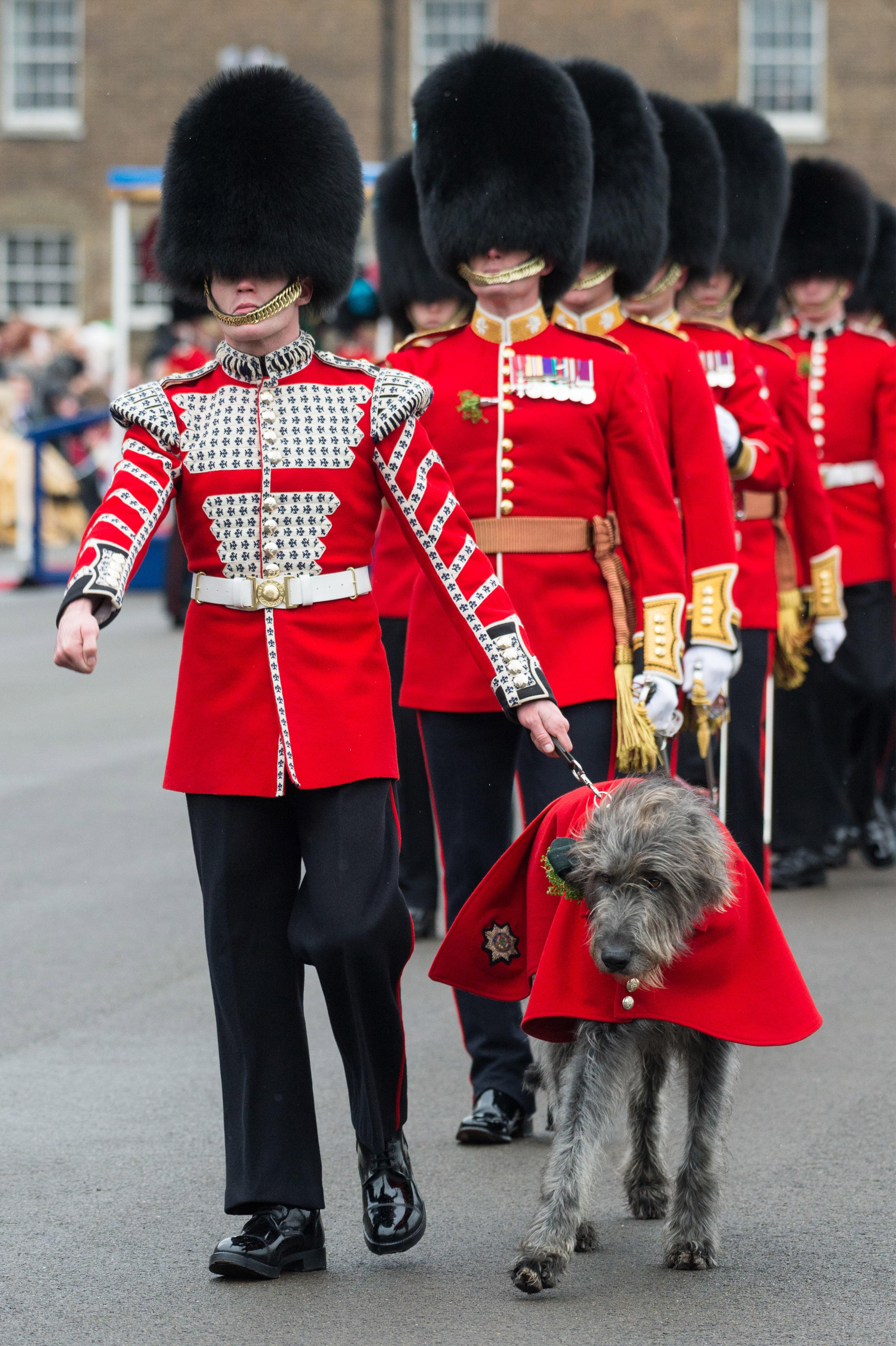 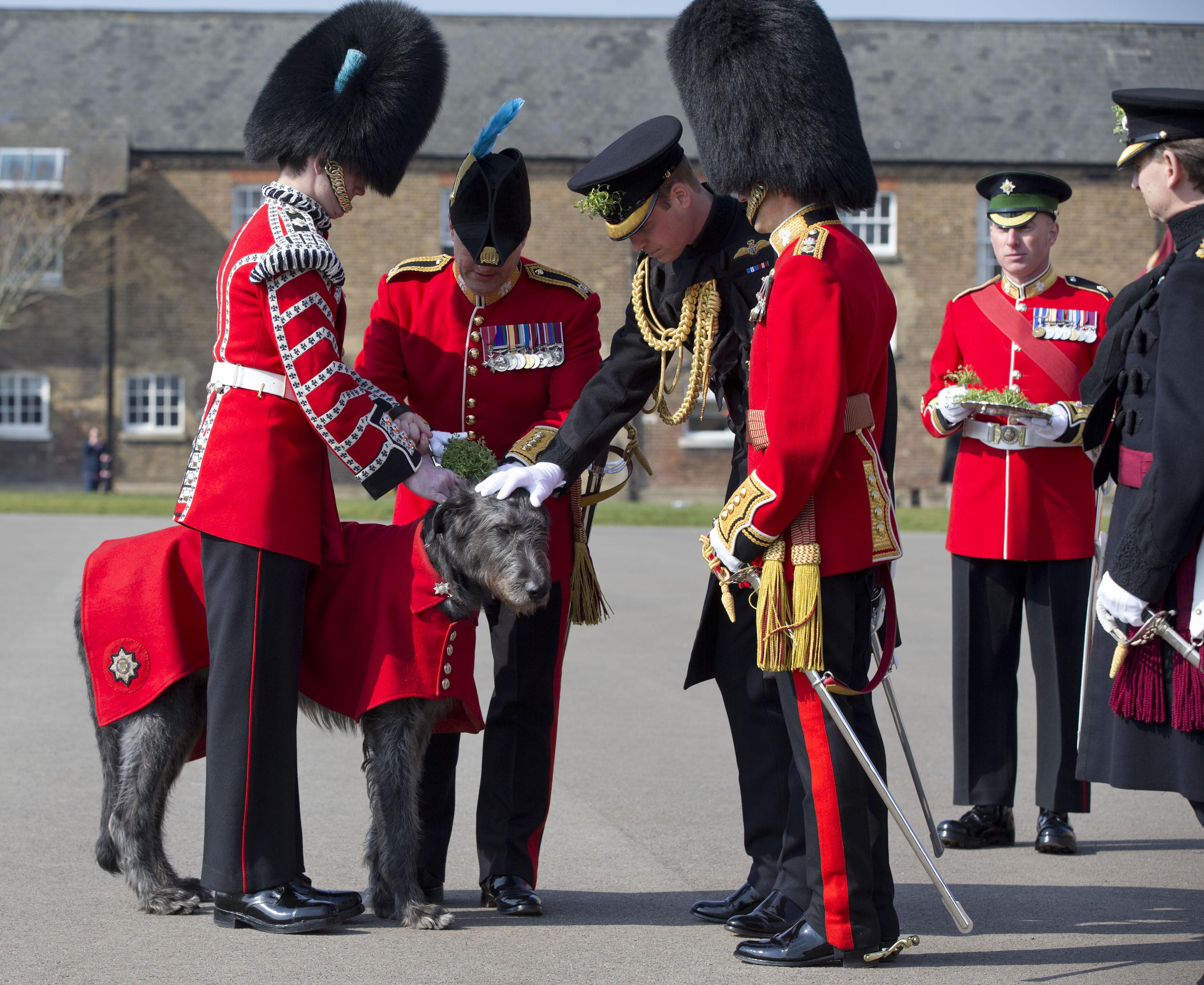 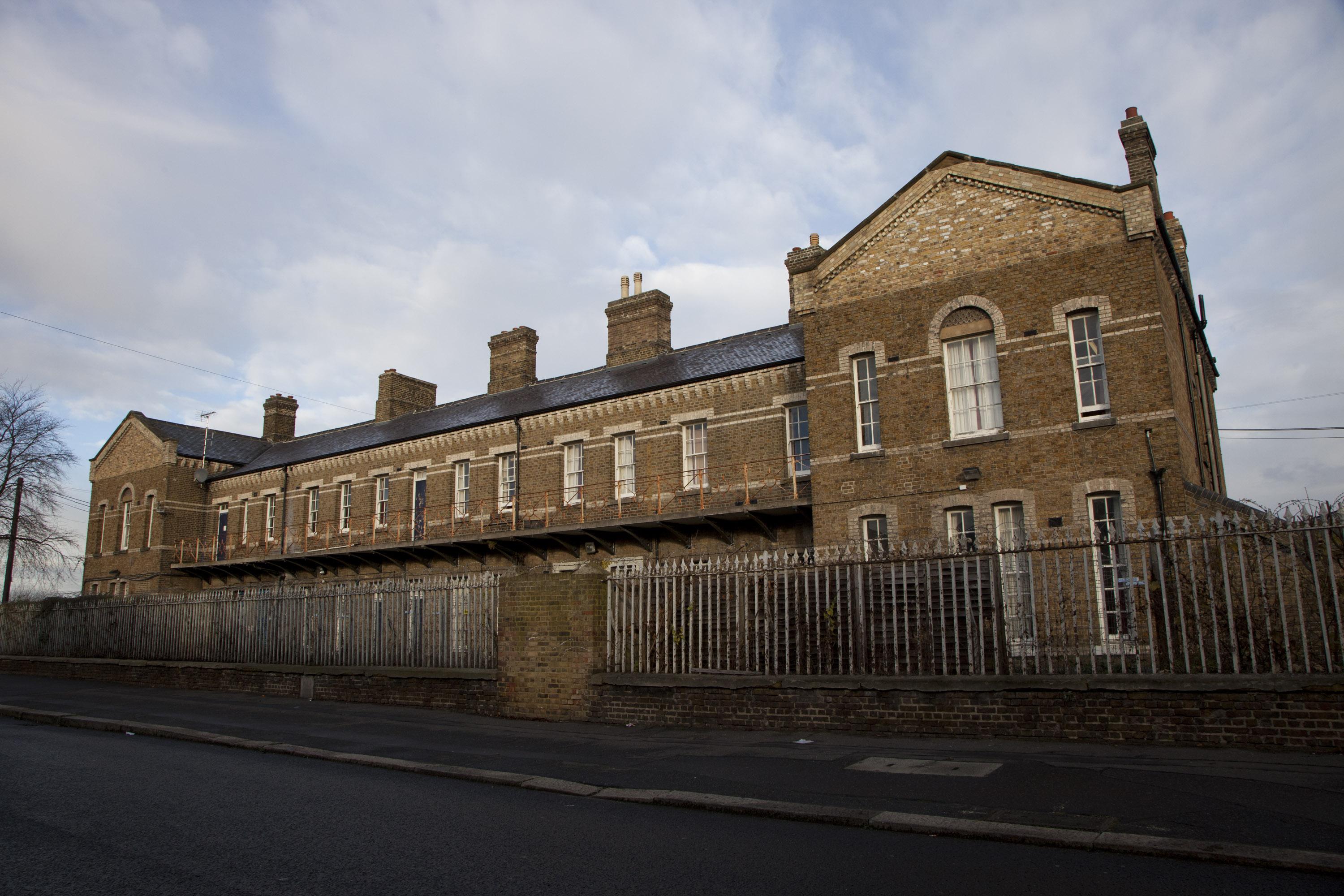 Domhnall was introduced to the Duchess of Cambridge and presented with a shamrock by her at a St Patrick’s Day parade last month.

He is also scheduled to appear at sporting events and on other ceremonial duties.

Last night the Army insisted Domhnall had been declared fit to work by vets — including civilian experts,

It said the graffiti was sparked by well-meaning soldiers unfamiliar with Domhnall’s true condition.
The Army added: “Domhnall’s welfare is always of utmost importance.”

The regiment has had an Irish Wolfhound as a mascot since 1902 and he is the 16th.

On average, the dogs stand at around 34ins tall at the shoulder. On their hind legs they can be 7ft high.

Weighing in at around 155lb for males and 135lb for females, they were bred for hunting elk and guarding.

Domhnall wears his own solid silver collar and scarlet tunic for official duties.

He has a fondness for Guinness.