G7 SUMMIT protesters today took to the sea in kayaks, paddle boards and boats to demand action on climate change.

Hundreds of demonstrators gathered in the water off Gyllyngvase Beach in Falmouth as they campaigned for greater ocean protection. 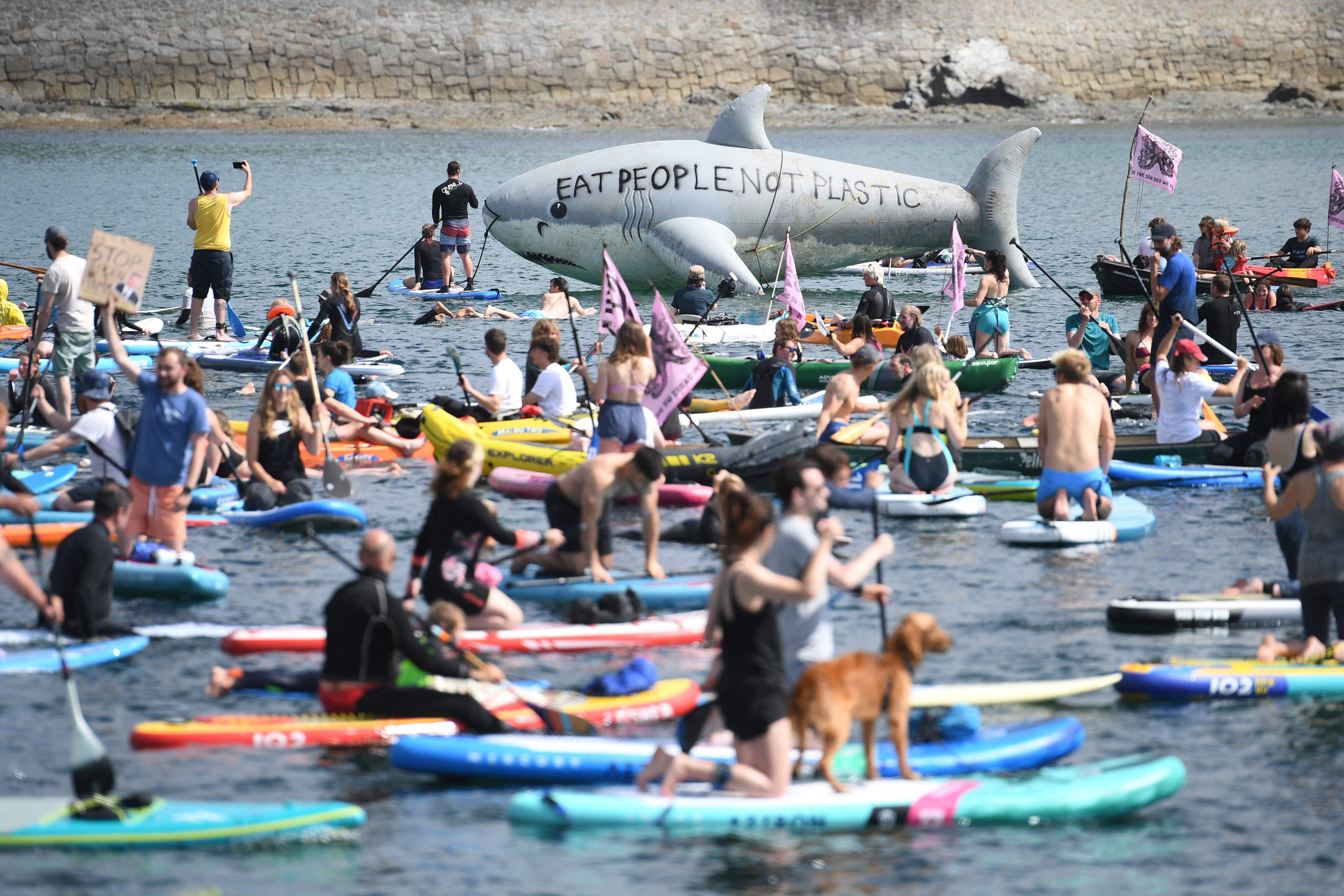 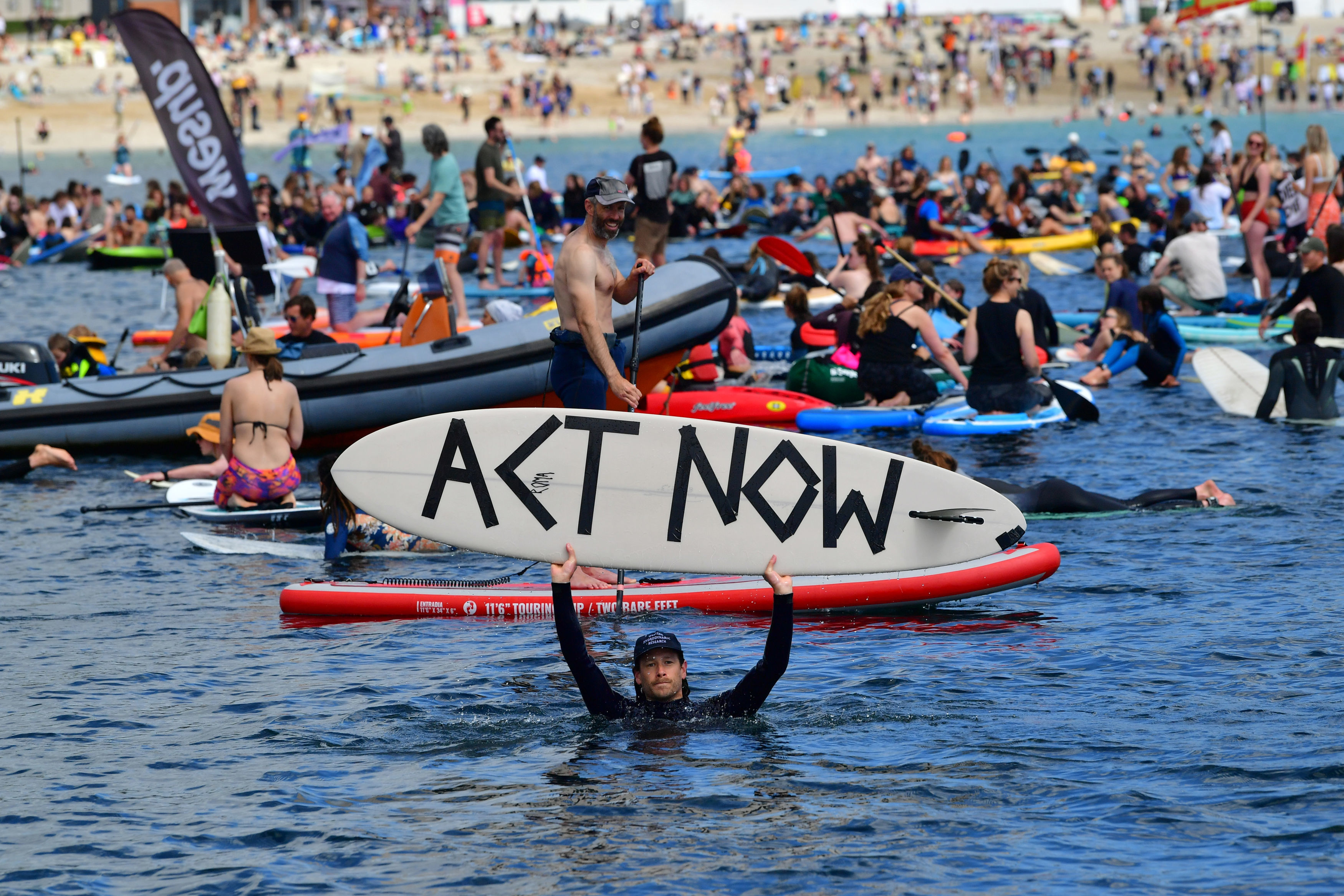 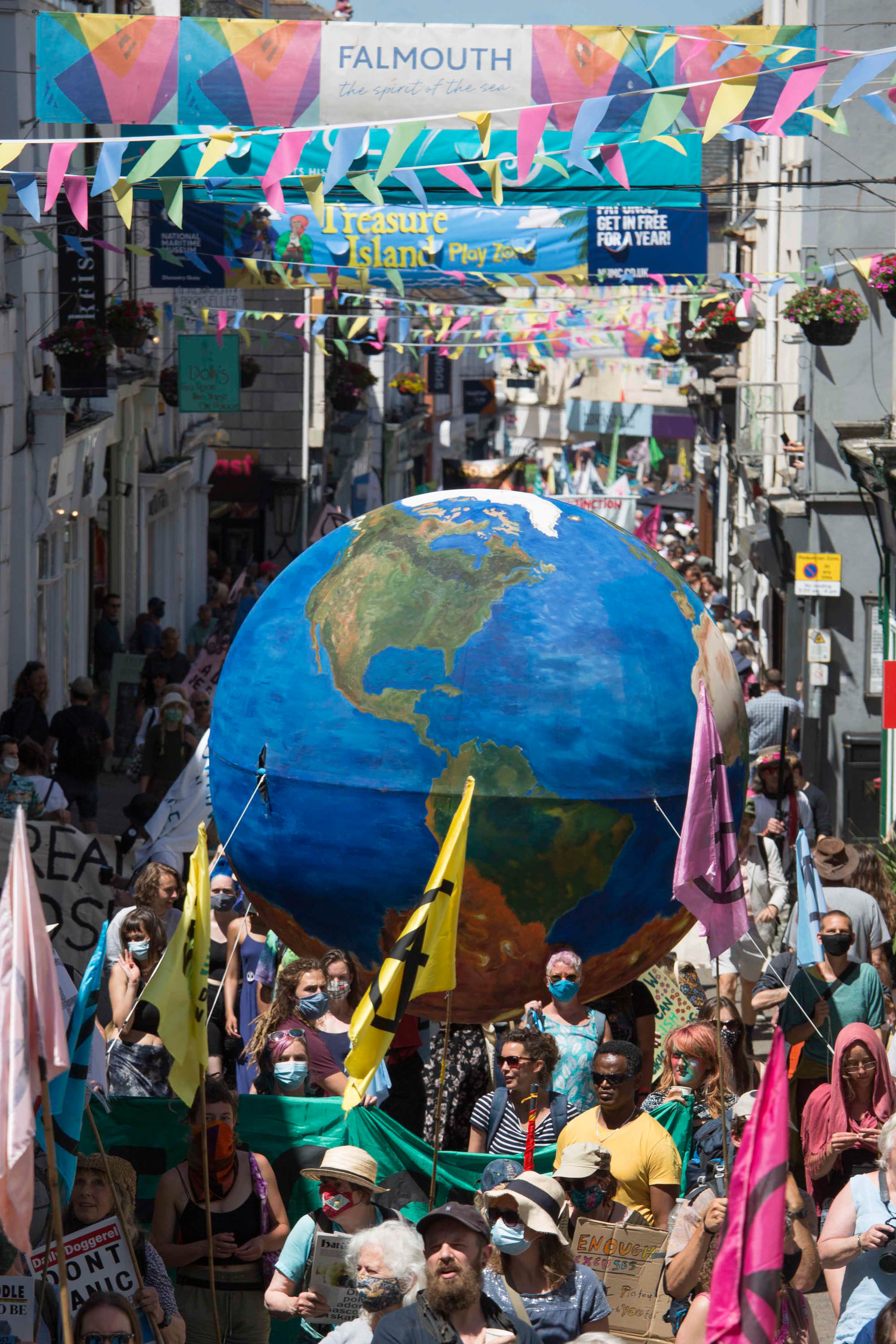 The mass paddle out, organised by the group Surfers Against Sewage, saw activists hold placards and surfboards demanding action, as others sunbathed on the beach wearing masks of global leaders' faces.

A placard worn by one woman on a paddle board read: "There aren't plenty of fish in the sea" while a giant inflatable shark in the water read: "Eat People not plastic".

It is understood most people taking part in the demonstration were from Cornwall – although some had travelled from Devon and the west country.

Organisers were said to have been thrilled by the turnout as the water swarmed with people.

An RNLI lifeboat kept watch over the group, but was fortunately not needed for any rescues.

Organiser Amy Slack said the pumping of sewage into the ocean was a "huge problem" and she "wants change", the Daily Mail reports. 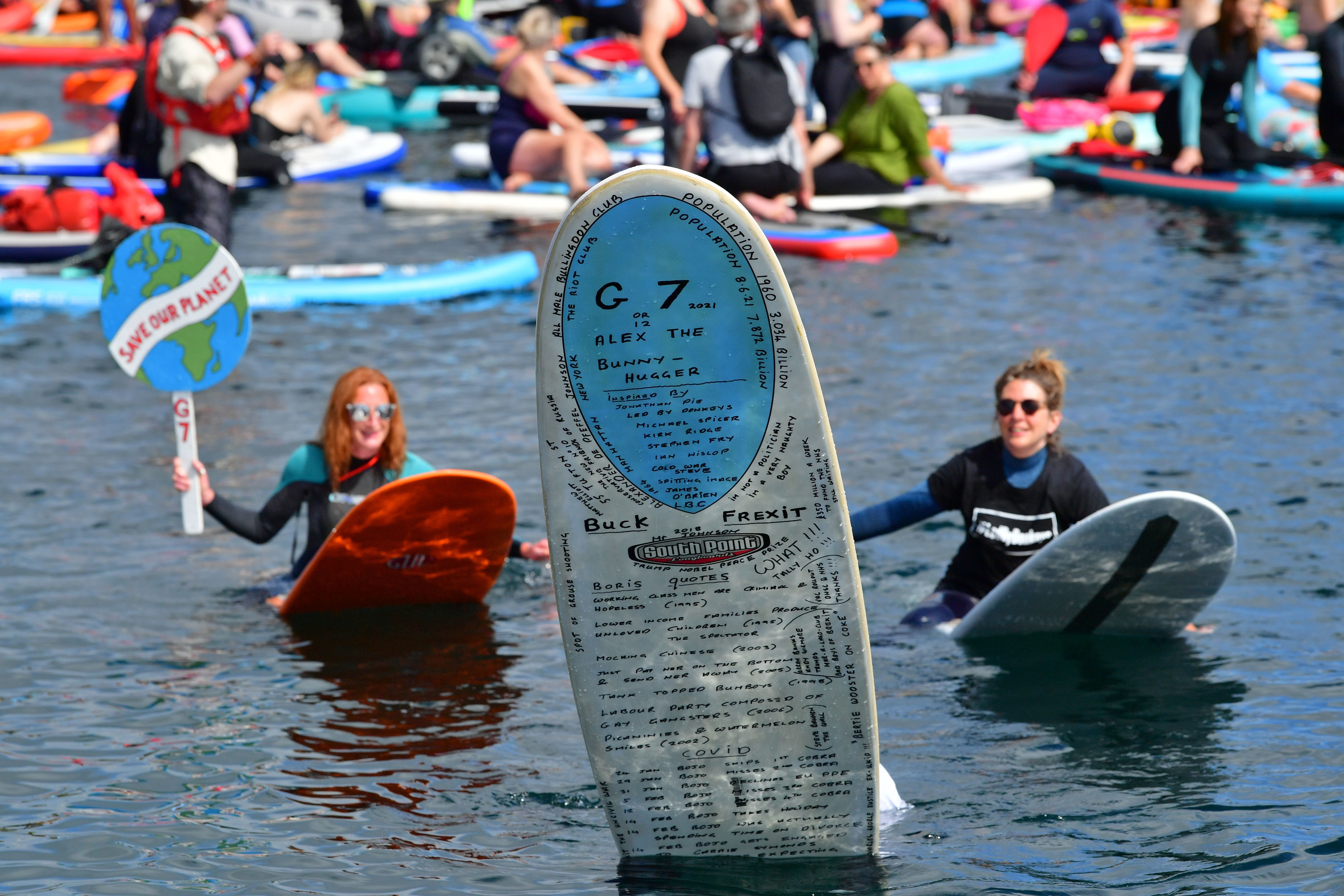 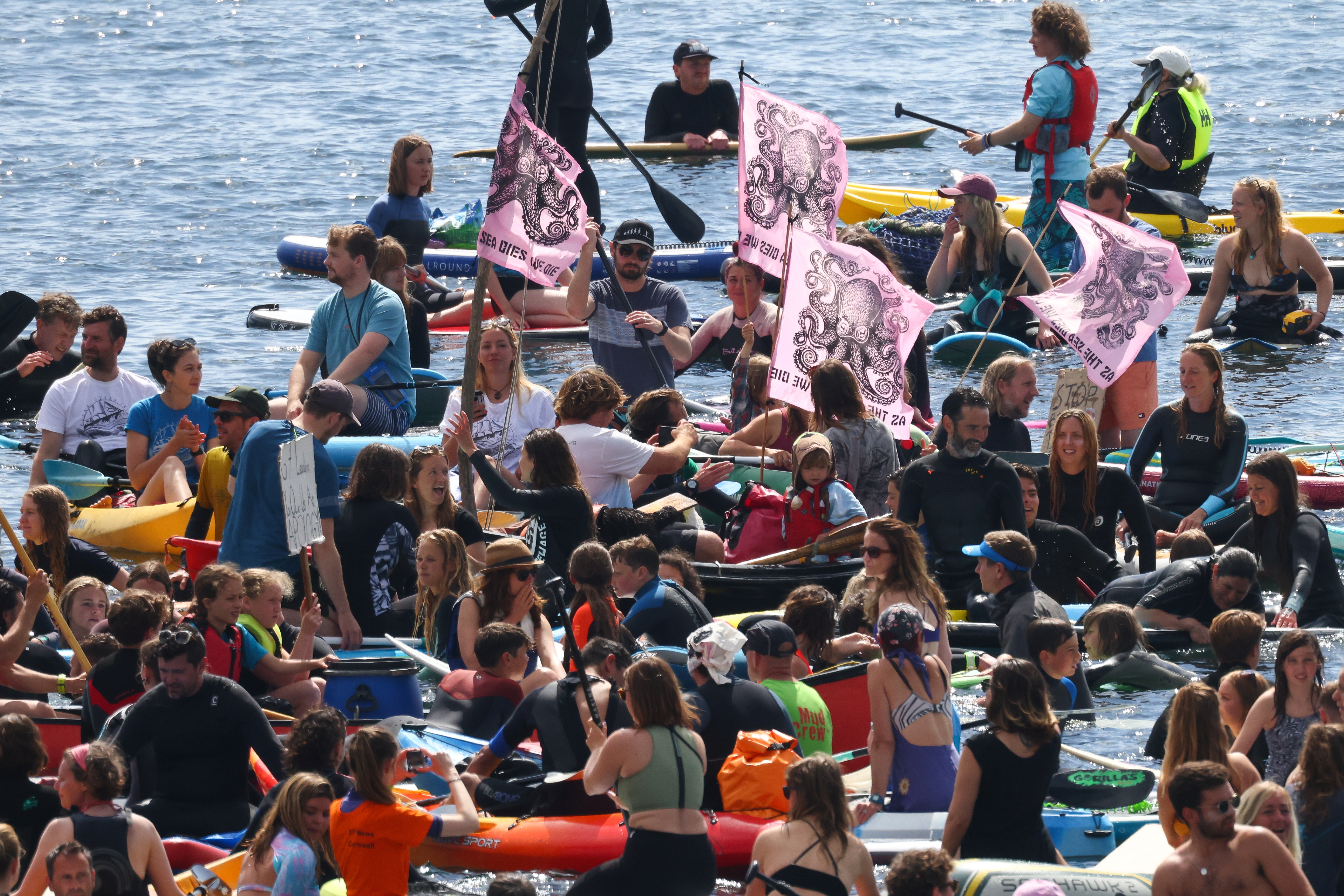 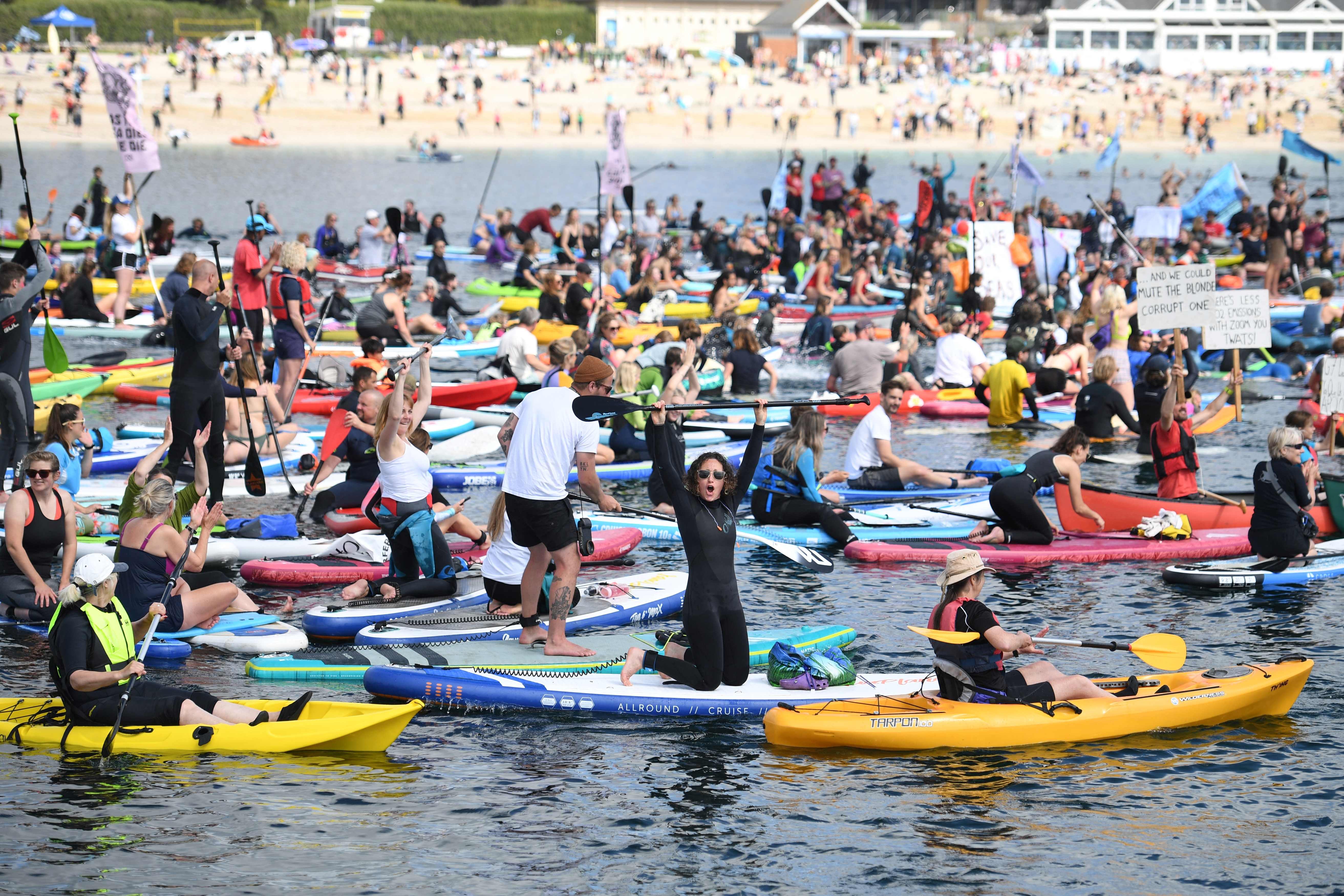 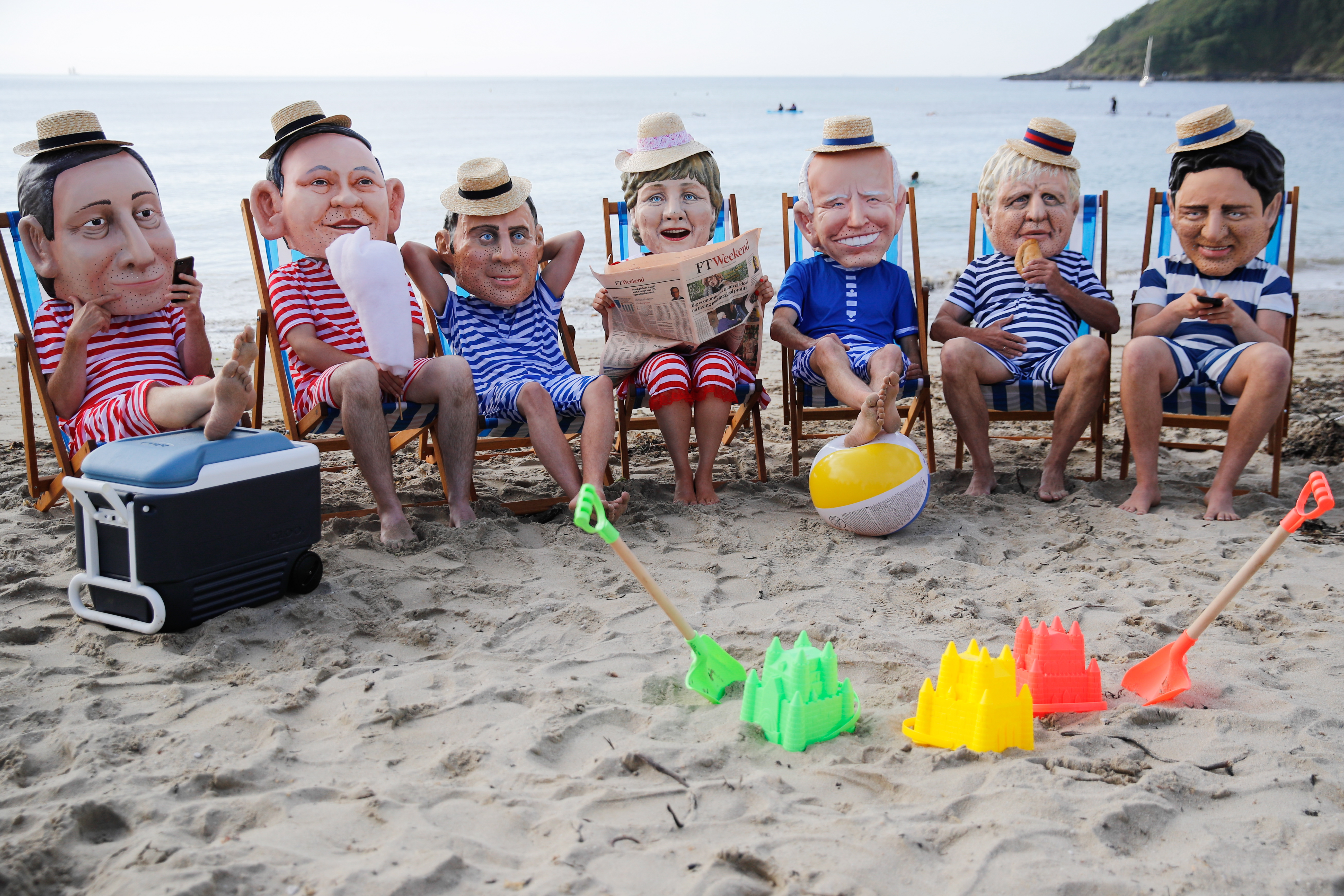 She added: "This is our way of making our protest known. Every year 400,000 tons of sewage is poured into the seas off the coast of our country. It is a huge problem, particularly if you are a surfer or take part in a water sport.

"We want change and this is our way of making our views known.

"The ocean must be integrated into climate action with bold commitments. The G7’s agenda as it stands falls short of that. It is all too easy to forget that the nature we need to protect is also blue.

"We look to the G7 leaders to stand up for the ocean and make it priority to protect both biodiversity and the climate."

The colourful and urgent display came on the second day of the G7 Summit in Cornwall, where global leaders from the Group of Seven wealthy democracies are meeting for talks on the pandemic and climate change.

A host of climate activists will be demonstrating throughout the Summit this weekend, with Extinction Rebellion activists also having taken to the streets this afternoon.

Protestors dressed as the grim reaper and suffragettes as others hid beneath a Chinese dragon as they made their way from Kimberley Park though the centre of Falmouth.

Meanwhile, the Surfers Against Sewage group have called on the G7 leaders to regulate ocean pollution and ban the destructive extraction of ocean resources.

One protester taking part was Jen, 26, from the village of Portreath.

She told the Daily Mail: "I think it is important that the G7 leaders understand that we want change.

"I hope they will listen and by being here I feel that at least I am doing my bit to make our voice heard."

Another demonstrator, Dan Russell, 42, added: "This is a once in a lifetime opportunity to protest when all the world’s leaders are so close. Will they listen? Probably not, but I am happy to take part." 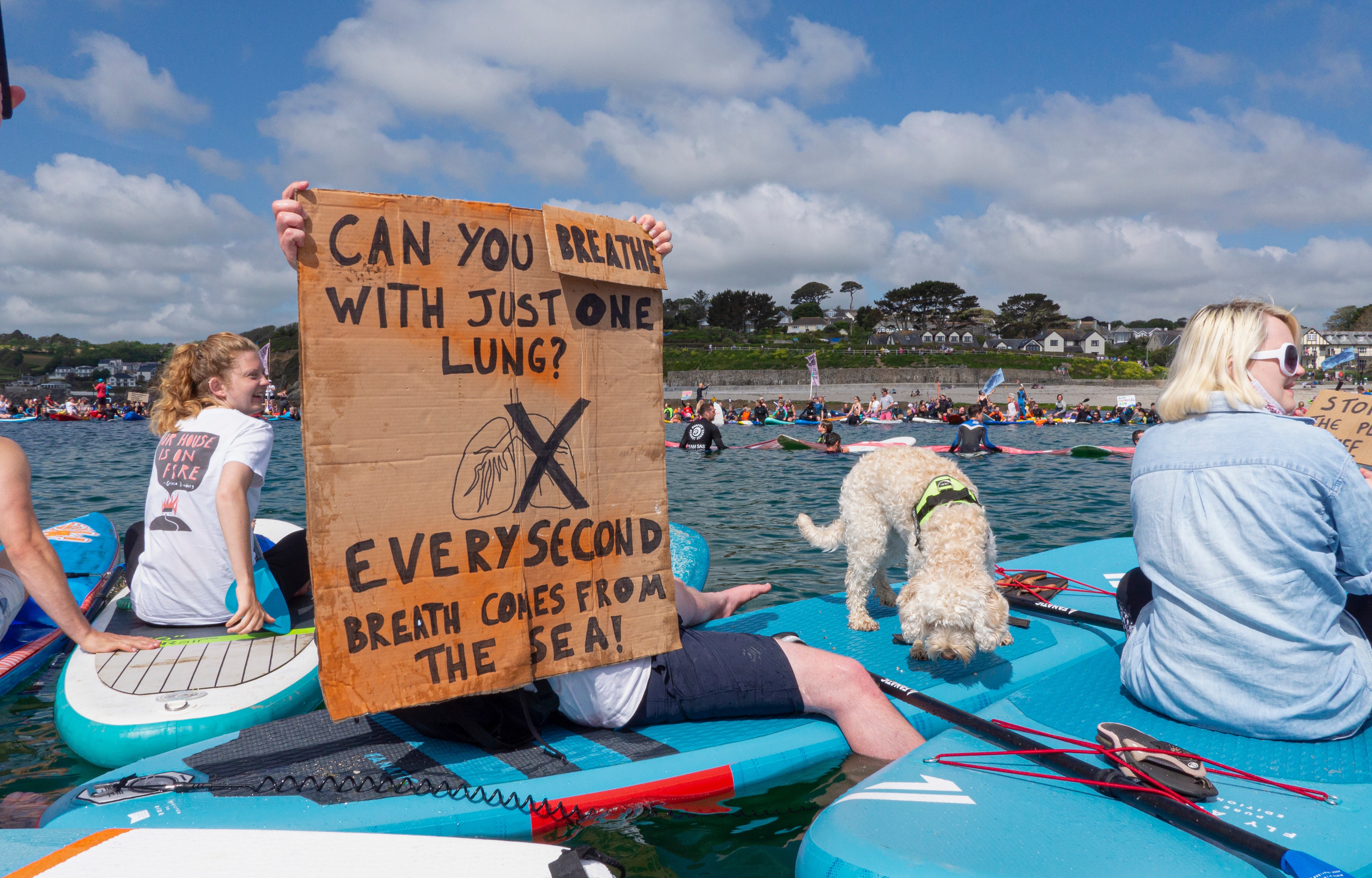 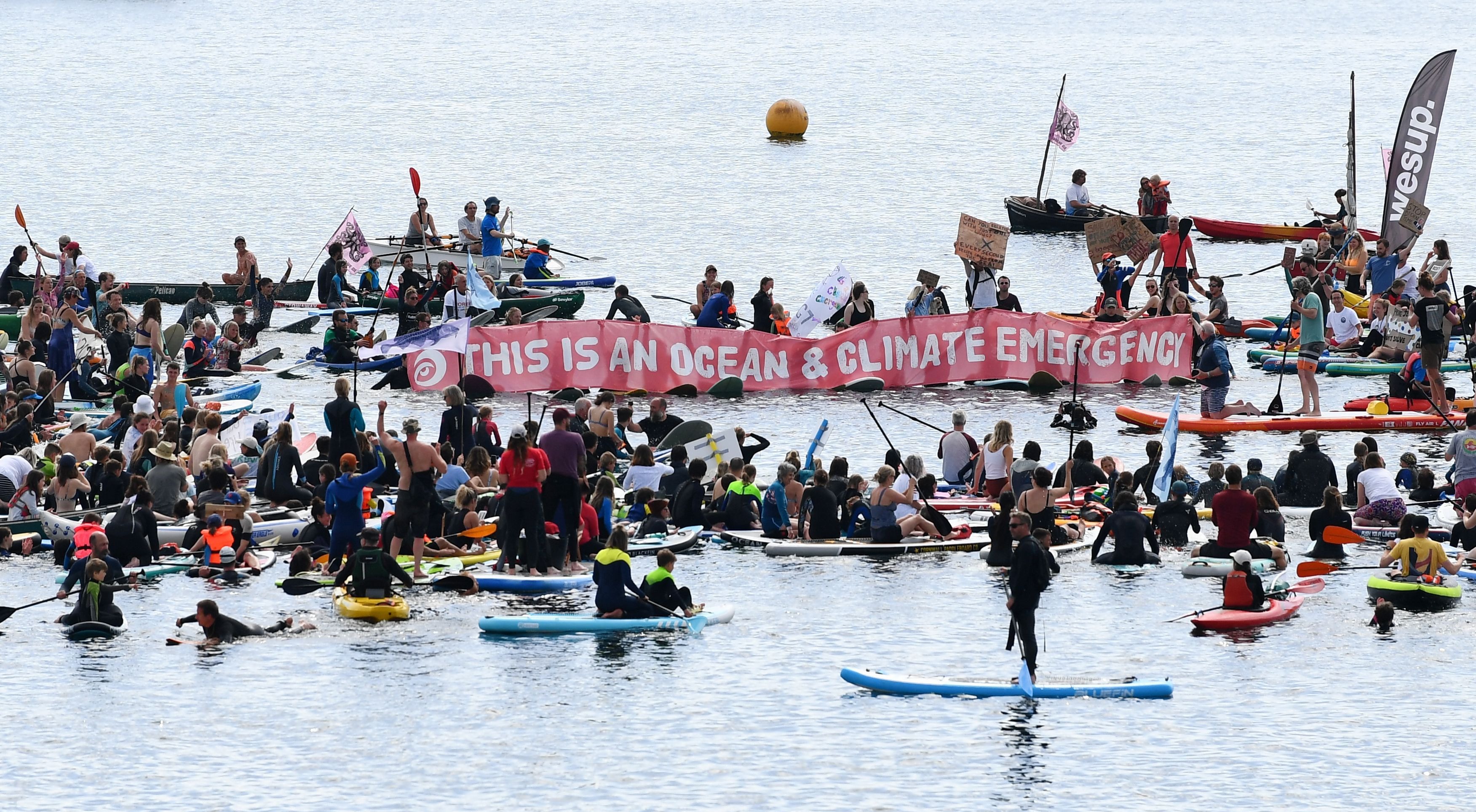