MISSING Gabby Petito and her fiance Brian Laundrie were said to have had a huge argument at the Moonflower Co-Op where murdered Kylen Schulte worked.

Days after the reported domestic incident, which cops were called to, store worker Schulte and her wife Crystal Turner, 38, were found shot dead at a nearby campsite in in the La Sal mountain range. 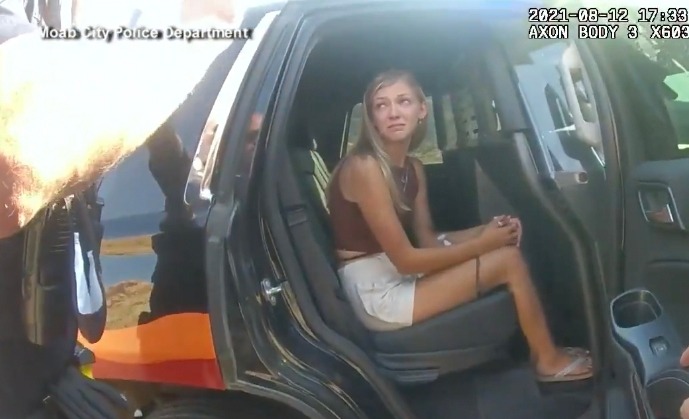 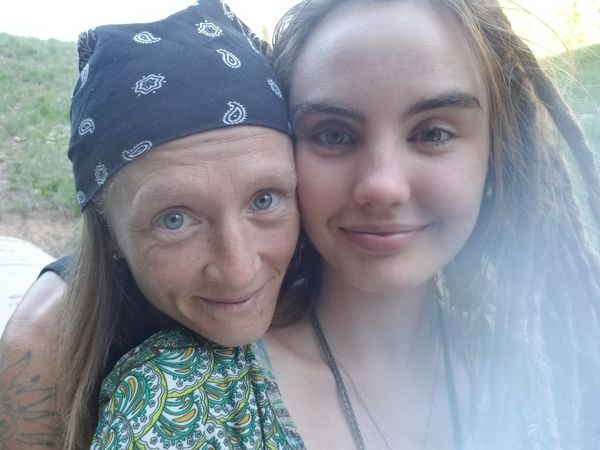 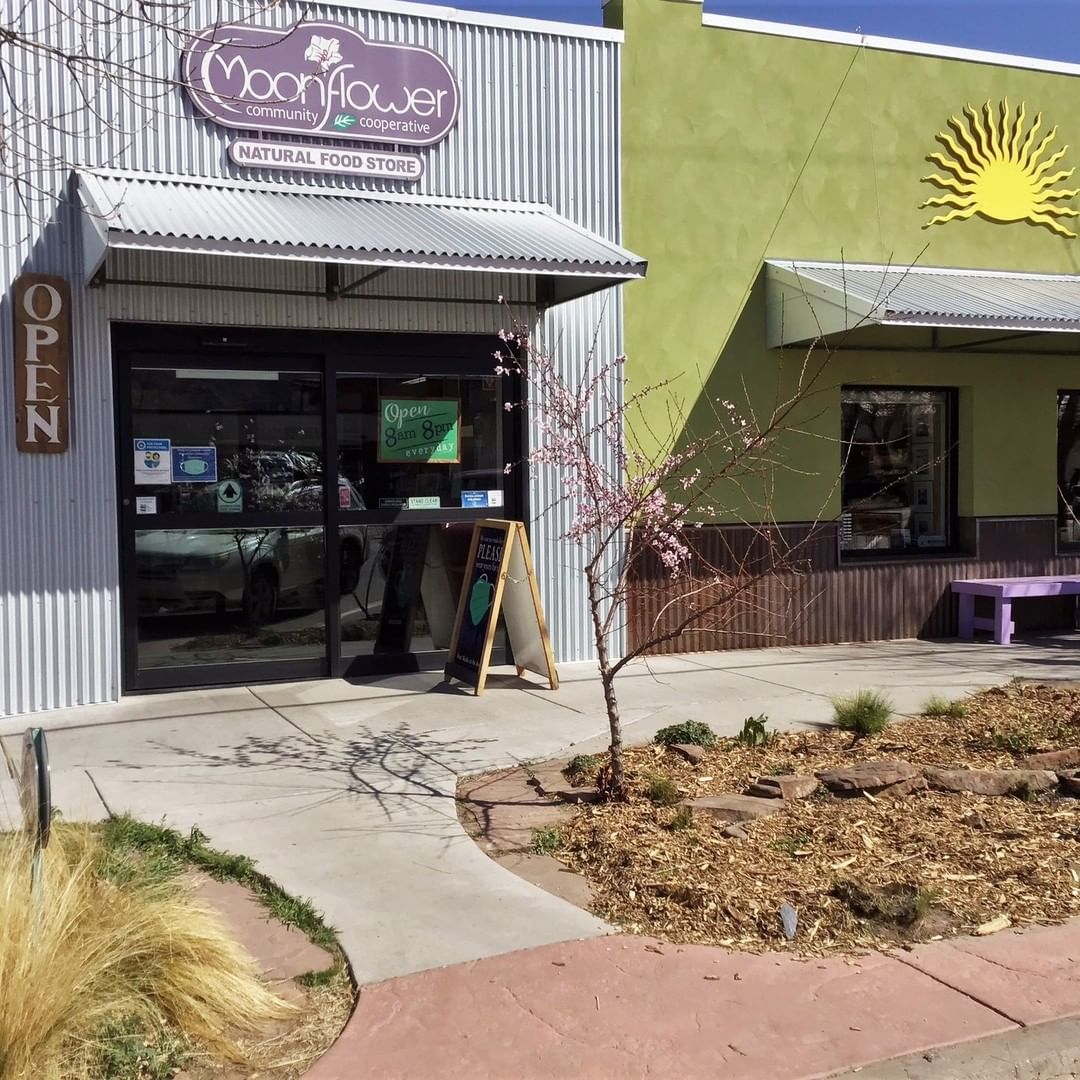 They had text friends that a man had allegedly been “creeping them out.”

The married couple were last seen at Woody’s Tavern in Moab on August 13, according to Fox News.

Utah investigators said they are "not ruling anything out" in their investigation into their murders.

On Wednesday afternoon, a spokesman for the Grand County Sheriff’s Office told Fox News: “We’re looking at everything.

“I mean, anything and everything that was suspicious around that time or we’re not ruling anything out at this time.

“So we’re just investigating the information as it comes in.”

The closeness of time and location have led investigators to speculate whether the two incidents could be linked.

Store employee Maggie Keating told The Independent: "We’re definitely still grieving the loss. It’s only been a month and we’ve had to keep trucking along and then this brings it back to the forefront of our minds."

Harrowing footage shows Gabby sobbing to police as she is asked why she slapped Laundrie in the argument 13 days before she vanished.

The video was captured by the Moab City Police Department in Utah after they responded to a 911 call about domestic violence incident outside the grocery store on August 12.

The more than hour-long clip begins with officers pulling over the couple's white 2012 Ford Transit van and approaching the passenger-side window.

With tears streaming down her face, Petito tells the officer: "We've just been fighting this morning. Some personal issues."

Brian adds: "It's been a long day. We were camping yesterday and camping got [inaudible] and stuff."

Petito is then ordered out of the vehicle and separated from Laundrie.

"I'm so sorry officer," he calls out as Petito opens the door.

Petito is visibly emotional as she attempts to explain to the officer what she and Laundrie were arguing about.

"Not like mean towards him I guess my vibe is like in a bad mood and I said I'm sorry I'm in a bad mood I am stressed I had so much work."

She then tells the officer they have been traveling the country and blogging their journey.

"We have been fighting all morning and he wouldn't let me in the car before," she says.

The officer asks why, adding: "Is it because of your OCD?"

Petito, in hysterics, responds: "Yeah. He told me I need to calm down, but I'm perfectly calm."

She then adds that Laundrie "really stresses me out" and that it's been a "rough morning."

The officer tried to calm Petito down by assuring her she's "not in any trouble" and escorts her to the back of a cop car, telling her "take a breath" for a "few minutes."

'SHE GETS WORKED UP'

Laundrie is then asked to step out of the van to explain his side of the story. The audio in the footage intermittently cuts out as he's speaking.

A smiling Laundrie admits to the officer that the couple had earlier had a "disagreement", describing the nature of the argument as "normal couple stuff … lots of little things"

Scratches are visible on his face and arm, according to a police report.

He tells the officer that Petito gets "really worked up sometimes" and that he tries to "distance" himself "from it."

The argument started, he said, when Petito tried to get the keys to the van off him. There also was a discrepancy over her phone, Laundrie explains.

He said he didn't get "overtly physical" with Petito but did try to push her away while shouting at her.

At this time, Laundrie tells the officer that Petito was "already swinging" at him while holding her phone as he attempted to fend her off.

"She had her cellphone in her hand, that's why I was pushing her away," he says. "I said let's take a breather and let's not go anywhere. Let's calm down a minute.

"I know I shouldn't have pushed her but I was just trying to push her away to say take a minute step back and breathe. And she hit me with her phone."

Elsewhere in the clip, Petito is interviewed again while sitting in the back of the cop car.

An officer asks her if Laundrie hit her. She responds "I guess" through tears, and then clasps her chin in a grabbing motion to reenact what Laundrie allegedly did.

"He like, did that with his hand," she says, as the audio cuts out.

She adds that she suffers from "anxiety" and that Laundrie "gets frustrated a lot."

Denying that either of them had been drinking, Petito continues by admitting that she had been "yelling at him" and then "went, 'you're an idiot'" as she made a punching motion with her hand.

Petito is quizzed by the officer about what she was trying to achieve by striking Laundrie.

"I was trying to get him to stop telling me to calm down," she said, breaking down in floods of tears.

Officers then instruct the pair to separate for the night.

"I want you guys both to be tonight, away from each other," the cop says, before telling Petito, "Relax, breathe, because there's no need to be crying now."

In the police report of the incident, Laundrie is listed as the victim and Petito as the suspect.

Police said all parties agreed that Petito had slapped Laundrie and that he had not struck her, and that there were no serious injuries and no party wanted to press charges.

The incident was categorized as a "mental/emotional health break" rather than a domestic assault.

The officer wrote that at "no point" in his investigation did Gabby "stop crying, breathing heavily, or compose a sentence without needing to wipe away tears, wipe her nose, or rub her knees with her hands."

According to police, Petito and Laundrie were reluctant to separate but ultimately agreed to do so. They helped Laundie get a hotel room while Petito took possession of the van.

The bodycam footage was captured 13 days before Petitio was last seen in person.

Petito, who had been traveling across the country with Laundrie in their camper van since July 2, was last known to have been visiting Grand Teton National Park in Wyoming on August 25.

She was officially reported missing by her mom on September 11, two weeks after she'd last spoken to her daughter on the phone, and ten days after Laundrie returned home to Florida in their van without her.

Laundrie has since retained an attorney and so far refused to cooperate with the police.

Gabby's mother, Nichole Schmidt, told the media she had sent Laundrie and his family desperate texts about where Petito is but was ignored.

Laundrie has not yet been named a suspect but is considered a person of interest in the case.

In a statement, Petito's family said: "Every day the search for Gabby continues the Schmidt and Petito family becomes more desperate. They are frantically searching for answers and information in their daughter’s disappearance while Brian sits in the comfort of his home.

"Brian claims he wants to sit in the background while we search for Gabby in the wilderness of the Grand Teton and Yellowstone national parks."

They called his silence "reprehensible" and begged him to "do the right thing and help us bring Gabby home."

"Brian, whatever happened in Wyoming, happened. The only thing you can control is what you do now. Tell us where Gabby is," they said.

In response, Laundrie's attorney released a statement on Wednesday night seeking to explain his client's desire to stay quiet.

"Many people are wondering why Mr. Laundrie would not make a statement or speak with law enforcement in the face of Ms. Petito’s absence," it read.

"In my experience, intimate partners are often the first person law enforcement focus their attention on in cases like this and the warning that “any statement made will be used against you” is true, regardless of whether my client had anything to do with Ms. Petito’s disappearance.

"As such, on the advice of counsel Mr. Laundrie is not speaking on the matter."

He said there are no plans to obtain a search warrant for Laundrie's parents' home, where the two lived.

"We don't have a crime in this. We are investigating a missing person."

"Two people went on a trip and one person returned. And that person is not talking to us," Garrison said.

He added Laundrie, "has the pieces to the puzzle that we need to be able to find Gabby."

"As a father, I can imagine the pain and suffering Gabby's family is going through," Garrison said. "We are pleading with anyone, including Brian, to share information with us on her whereabouts in the past few weeks.

"The lack of information from Brian is hindering the investigation.

"The answers will eventually come out." 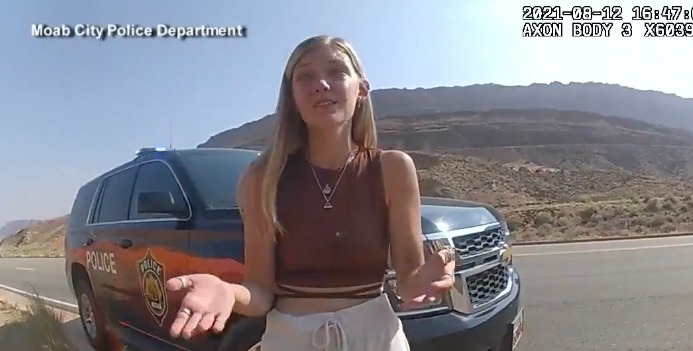 And, Brian, Gabby, Laundri, Petito
You may also like: