Horrific video of a kitten dying in the middle of the road after it was thrown out of a car window has been released by the RSPCA as the charity appealed for information about the ‘sickening’ incident.

In the disturbing footage, a dark car believed to be a Seat Leon Cupra pulls over to the side of the road and throws the 10-week-old kitten out of the passenger side window before driving  off.

In footage of the incident, which occurred about 4.30pm on August 23 on Summerfield Road in Bradford, the tiny black kitten is then seen to hobble down the street before collapsing and tragically dying on the tarmac.

A nearby resident later found the kitten and reviewed CCTV from their house before calling the RSPCA.

RSPCA inspector Rebecca Goulding arrived on the scene and took the kitten for a veterinary examination, which revealed it had also suffered a broken front leg and a hernia. 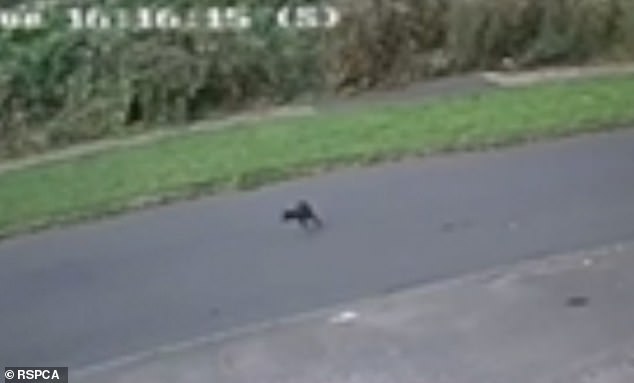 ‘An initial vet examination revealed the pet also had a broken front leg and a hernia between the back legs consistent with a blow between the legs. I believe these may have been sustained before the kitten was callously thrown from the car,’ she said.

‘This video is so sickening – the poor defenseless kitten is thrown from the car and takes a few steps before dying in the road probably from shock.’

Ms Goulding said she’s hopeful releasing the footage of the car will lead RSPCA investigators to the culprit.

She said the car appears ‘quite distinctive’, and will hopefully pave the way for someone to provide information about the incident.

The incident comes as cash-strapped Britons are giving up their family pets in numbers not seen since the 2008 financial crash as the cost-of-living soars. 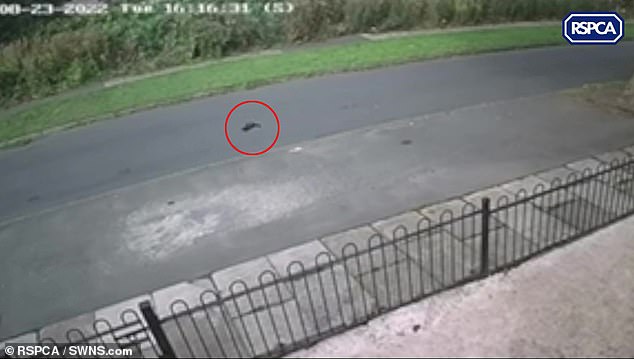 Battersea Dogs & Cats Home said 148 cats have been surrendered to it ‘for financial reasons’ this year, double the number compared with 2021.

Many, it said, were lockdown pets and their owners had underestimated how much they would cost to care for.

Bridie Williams, Battersea’s rehoming and welfare manager, said: ‘People are concerned about rising living costs into the winter and fear that they won’t be able to afford to look after their beloved cat.

‘Often the owners are devastated and go through a grieving process because they are losing their cat. It’s a very emotional time for them.’

Meanwhile Dogs Trust has 692 dogs needing homes in 21 centres across the country.

It comes as the cost-of-living crunch hits home for Britons across the country, with soaring grocery and electricity costs meaning the prices of pet food and vet bills are no longer feasible for many households. 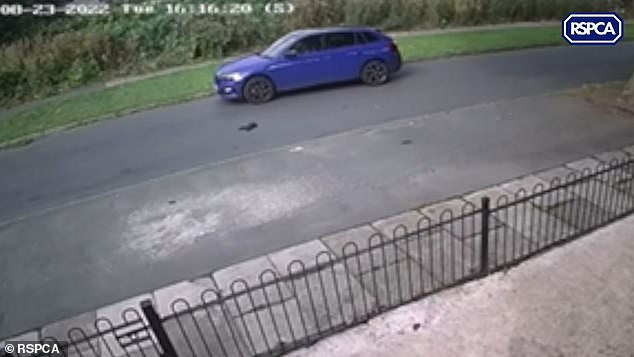 In 2021, the RSPCA received 1.08 million calls to its cruelty hotline, which included reports of horrific mistreatment of animals, beatings and mutilations.

Some 1,094 animals were reported dead in this same period – which equates to nearly three animals a day.

Meanwhile 632 animals had been brutally mutilated and a further 7,857 were subjected to cruel beatings.

Seven cats suffer abuse each and every day, a study conducted by the RSPCA found.

To support the volunteers and staff, the RSPCA launched a ‘Cancel Out Cruelty’ campaign which aims to raise money to keep rescue teams on the frontline.

The campaign is designed to raise awareness about the work of investigators and the role the public can play in reporting and stamping out animal abuse.

Anyone with information regarding the incident can report what they know to the RSPCA appeals line on 0300 1234 999.