A teenage girl fought off a shark that bit her and a 16-year-old boy in a shocking attack off a beach in Victoria.

Ocean Grove Beach in the Bellarine Peninsula has been closed until further notice after the pair were bitten just after 7.20pm on Monday.

Witnesses said they were swimming with their children when they heard the screams of the two teenagers, before the 15-year-old girl ‘bashed away’ the creature.

‘We just initially thought (they) were playing and then before long, they started yelling out that they had been bitten by a shark,’ Peter Hobbs told Today. 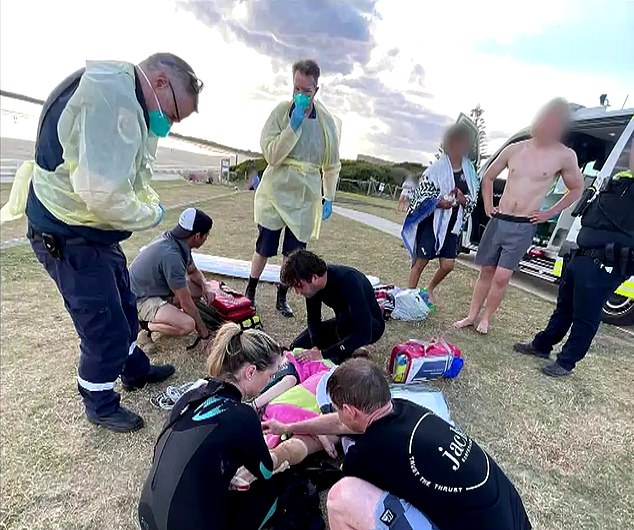 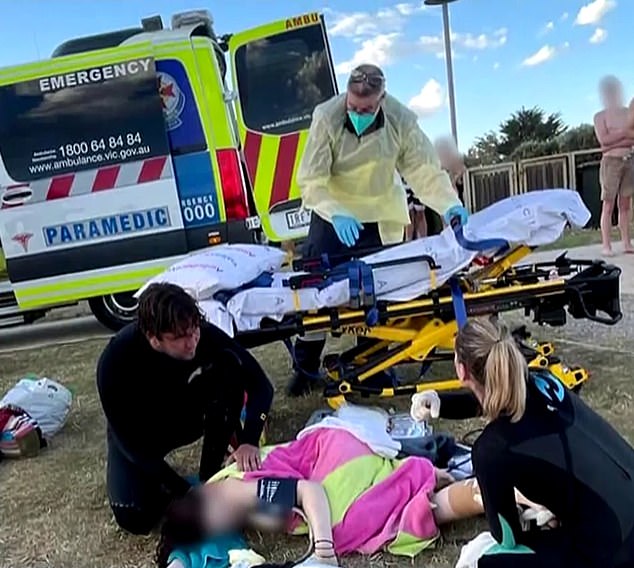 Emergency services attended the beach on Monday night and rushed the teens to Geelong Hospital, both in a stable condition.

‘She (teen girl) sustained a couple of bites, one to the right lower below knee, the calf area, and the other one to her hand,’ she told 3AW Radio.

‘She actually saw the shark… and she bashed it away.

He was discharged overnight after being treated for minor injuries, while the hero girl remains in care. 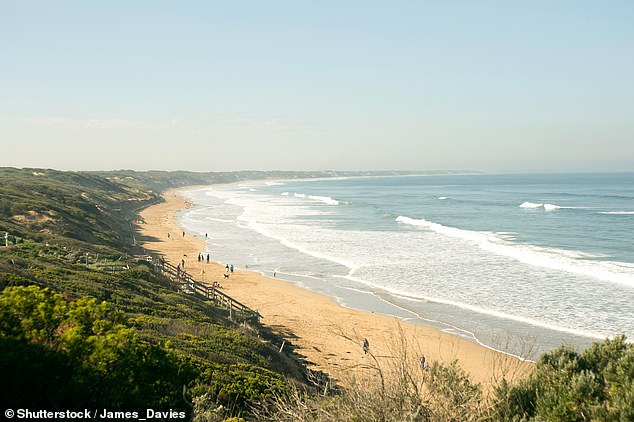 Ocean Grove Beach (pictured) in the Bellarine Peninsula has been closed until further notice after the pair were bitten just after 7:20 on Monday night

Local authorities are yet to confirm the species of shark that attacked the teens but they’re hoping to determine more information after speaking to the kids.

‘No one was able to describe the shark at the time, but Fisheries Officers hope to speak to the victims to gain more details,’ a Victorian Fisheries Authority spokesman said.

‘Life Saving Victoria hopes to have a drone and light plane in the area this morning to aid in searching for and identifying the shark, as well as confidently clearing the beach of its presence.’