Huge fire breaks out near 'weapons systems factory' in Derbyshire

Firefighters are tackling a ‘huge fire’ that has broken out near a weapons factory in Derbyshire.

Derbyshire Fire and Rescue Service were called the the blaze at 9:12pm last night, which grew to nine crews from three counties as the fire continued through the evening.

The fire started at PW Defence in Wilne Mill, Draycott, which calls itself a UK-based military pyrotechnics manufacturer.

Two people were reportedly taken by ambulance to the Queen’s Medical Centre in Nottingham.

A witness claims that casualties were taken away with white phosphorous injuries, a chemical used in smoke, illumination and incendiary munitions among others.

Locals living near the ‘fireworks factory’ have been asked to keep windows and doors shut as the fire. 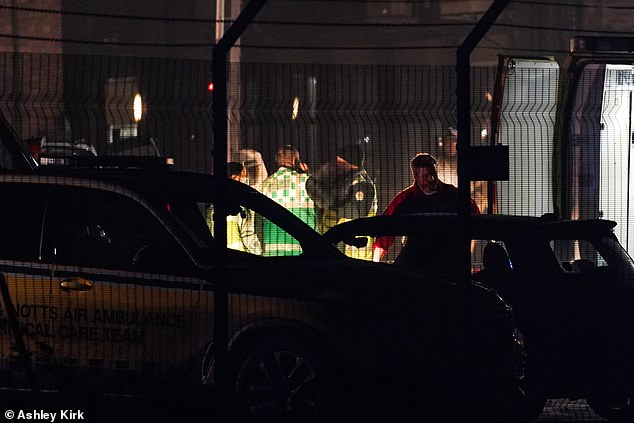 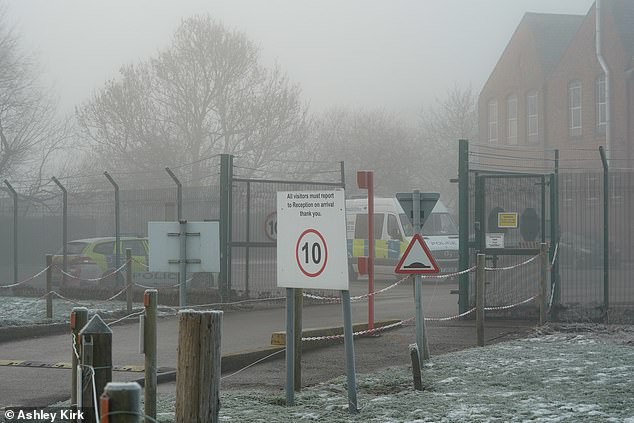 The Derbyshire Fire and Rescue service wrote today: ‘One fire crew remains on scene at a commerical property on Wilne Road in Draycott, damping down and checking for hot spots.

‘A fire investigation will begin later.’ 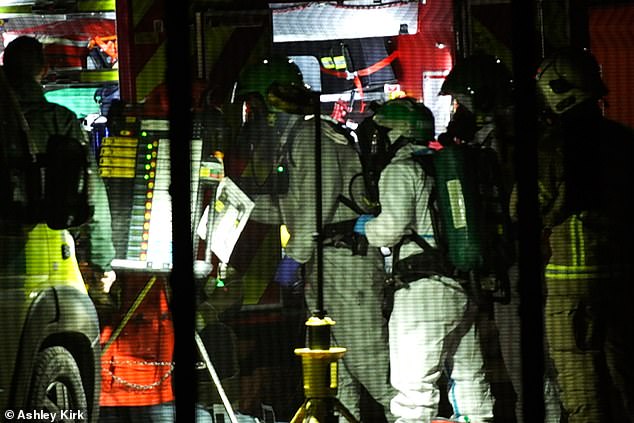 Nine crews from DFR attended the incident and it has been confirmed that 2 casualties were transported to QMC hospital in Nottingham. A joint investigation will now take place 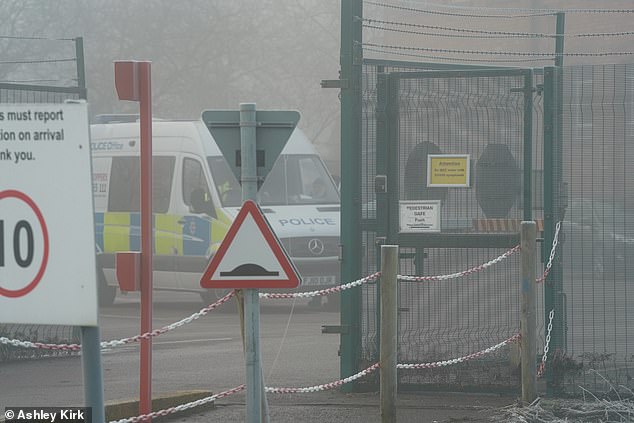 PW Defence, incorporated in 1949, was acquired by WescomDefence in 2021, a supplier of the UK Ministry of Defence and NATO allies.

The factory is understood to manufacture grenades and pyrotechnics.

A witness reported smelling gunpowder and sulphur in the air. 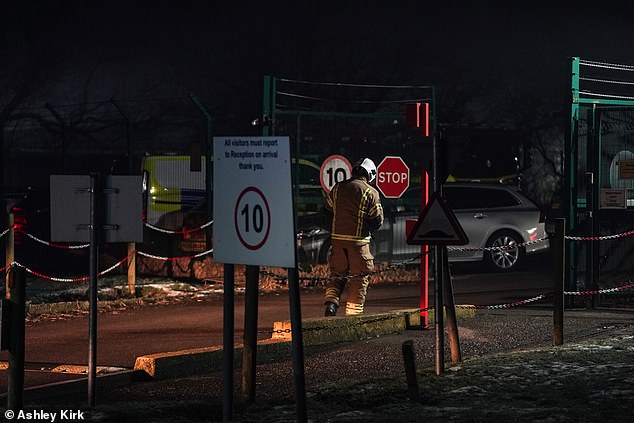 Police, Fire and Ambulance were all in attendance at the Chemring Factory on Wilne Lane in Draycott, Derbyshire yesterday evening as reports came in that the factory was on fire 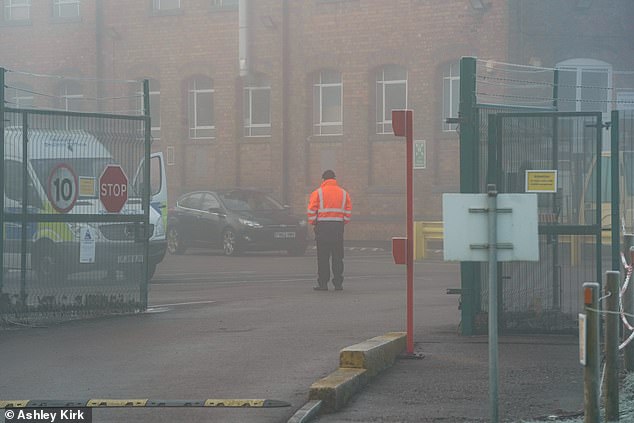 Nine fire crews from attended the Derbyshire blaze which started at 9:12pm on Friday night