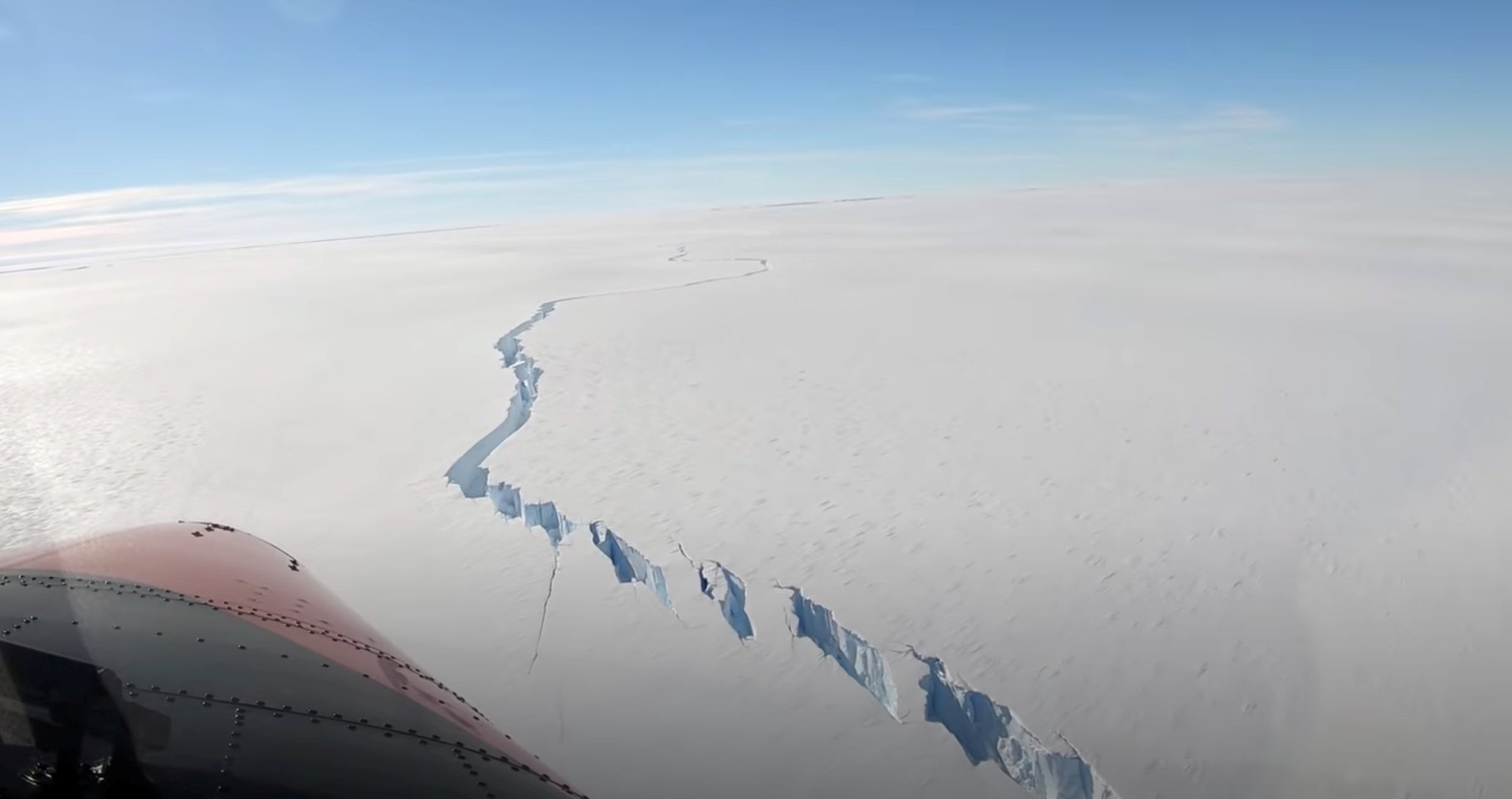 A huge iceberg nearly as large as Greater London has broken off the Antarctic ice shelf near a British research station.

The British Antarctic Survey (BAS) said on Friday that the 1,270 square km (490 square m) block had broken off from the 150-metre-thick Brunt Ice Shelf.

It came almost a decade after scientists first saw massive cracks had formed in the shelf.

But on Friday, a crack in the ice widened by several hundred metre before breaking off completely, in a process called ‘calving’. Scientists say the first indication of the incident came in November, before the rift move forward at up to 1km per day in January, cutting through the 150-m thick floating ice shelf.

Icebergs are breaking away from Antarctica increasingly frequently, with the issue often being linked to climate change and global warming.

Britain’s Halley VI Research Station, which monitors the state of the vast floating ice shelf daily, relocated in 2016/17 because of fears around cracks in the ice cutting them off.

Director Jane Francis added: ‘Our teams at BAS have been prepared for the calving of an iceberg from Brunt Ice Shelf for years.’

Experts said the latest event, which saw an iceberg the size of Bedfordshire break away, is unlikely to affect the station’s current location.

The base’s 12-person team left earlier this month, as they leave the base uninhabited in winter due to the unpredictable conditions.

While they are away, data from the site goes to a centre in Cambridge for analysis.

The BAS said in this case, there is ‘no evidence that climate change has played a significant role’.

Ms Francis added: ‘Over coming weeks or months, the iceberg may move away; or it could run aground and remain close to Brunt Ice Shelf’.

The BAS is a world leader in environmental research in the region.

Mr Garrod added: ‘We continuously review our contingency plans to ensure the safety of our staff, protect our research station, and maintain the delivery of the science we undertake at Halley.’

Great, huge, iceberg, of, Size), the
You may also like: