Like many Aboriginal people across the country, I work in my community every day for change. We want our children safe and protected, our language and culture alive, our relationship with our lands, with which we have a sacred connection, respected. For too long governments have made our people invisible, much like our grandparents before us who were denied equal rights and relegated to the reserves on the outskirts of town. Too often today our voices are not respected.

Over a decade ago, I published my PhD on Aboriginal child sexual assault and the justice system, highlighting a decade of inquiries across Australia led by Aboriginal women whose recommendations were largely ignored by governments. 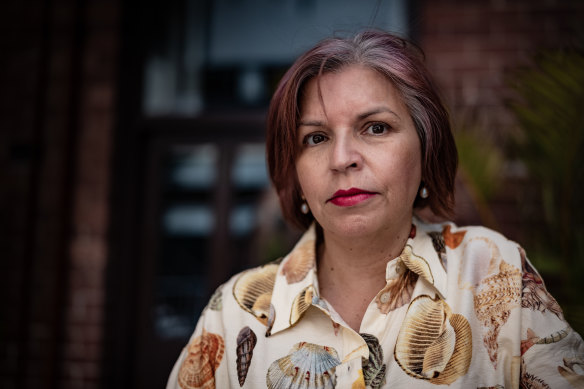 Dr Hannah McGlade is from the Kurin Minang people and is an international human rights law expert.Credit:Tony McDonough

On January 26, it is time to reflect on the silence that has met our pleas for change.

I have never felt as though Opposition Leader Peter Dutton has shown meaningful interest in the lives of Indigenous women and children. His claim to be concerned about sexual abuse of children in Aboriginal communities seems self-serving, deflecting attention away from Indigenous femicide and the denial of our rights to self-determination through the Voice to parliament.

However, Dutton uses the horrific issue of child sexual abuse to justify his scepticism about an Indigenous Voice to parliament.

A Voice to parliament protected by the Constitution can’t be abolished at the whim of conservative governments who may think they “know best”. It’s a solid proposal for reform. That’s why we are witnessing a vocal No campaign, with Dutton demanding details of the Voice which he already has. He claims he wants to address issues such as sexual abuse of Aboriginal children. If he cared so much, surely he would have spoken with Aboriginal women who have been working so long to stop this abuse.

Others such as The Australian columnist Janet Albrechtsen are vehemently opposed to the Voice. They are happy to obstruct the Voice for all sorts of reasons, because they are in a privileged position in Australian society. Albrechtsen has no reputation at all for working with Aboriginal women against violence.

Equally, the Greens’ ambiguity must end. Most Greens voters support the Voice and constitutional reform. The Greens should remember their constituency and obligation to respect Indigenous rights, including our ongoing rights as a sovereign people.

Calling for Treaty over Voice makes no sense at all. Treaties are under way in several states, but a national treaty requires a national Voice. Greens Senator Lidia Thorpe claims to be progressive yet supports her own engagement in federal parliament while dismissing the right of Indigenous people to a national political Voice, as does Jacinta Price on the other side of politics. This kind of individualism is at odds with our history of national Aboriginal collectivity and solidarity, exemplified by the National Aboriginal Conference in the 1970s, and other subsequent national bodies and protest movements. 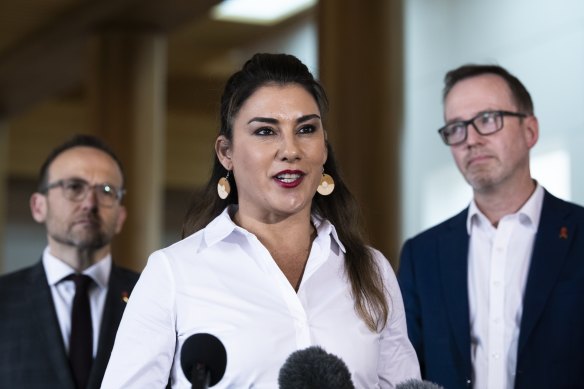 It doesn’t make sense to support sovereignty, treaty, women and children’s rights but denounce Aboriginal people’s rights to constitutional recognition providing meaningful opportunity for the Voice. History will be the judge of this kind of myopic opposition to constitutional reform.

We have a unique opportunity to give our people a respected place in the body politic of the nation. Constitutional recognition of Indigenous rights is regarded internationally as best practice. And, as Prime Minister Anthony Albanese aptly put it, allowing Aboriginal people a say over laws affecting us is really the polite and decent thing to do.

This reform is critical to tackling government laws and policies that don’t recognise our rights and perpetrate systemic racism under the guise of neutrality. Denial of Indigenous people’s rights lies at the heart of the problems we are facing in Australia today; these are very serious violations of human rights that diminish us internationally and at home.

Australia was founded on the lie of terra nullius, a lie that diminishes Australia to this day. Voice, Treaty and Truth gives us a chance to repair our past, with honesty and integrity and improve our people’s lives today, tackling many issues, especially incarceration, child removal and suicide rates, government neglect and laws that contribute to it. We must rise to this challenge and address these issues using the knowledge, wisdom and expertise of our own people.

Home affordability: A third of the Australian population doesn’t own a home, two thirds do, so which group do politicians want to look after? Is that why they can’t answer a very simple question about Australian house prices?

The energy gap: A recent breakthrough in the creation of nuclear fusion energy is good news for climate change, but what will human civilisation do to get through the next 20 or 30 years until it becomes a reality? And will we get there?

Quick exit: Australia’s young voters are walking away from the Coalition. How does the Liberal party get them back, and why are young Australians turning away from party values – individual freedom, equality of opportunity and reward for effort – in the first place?