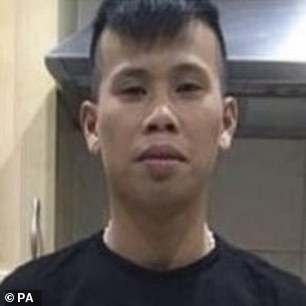 An inquest was today opened into the deaths of two people after human remains were discovered at a burnt-down mill in Oldham.

Married man and Vietnamese migrant Uoc Van Nguyen, 31, is so far the only victim to be identified – via the national immigration database – after the devastating blaze in May.

This is just five days after a first set of human remains were discovered by demolition workers at the Bismark House Mill.

Specialist officers were able to obtain fingerprints from Mr Nguyen’s body which matched with an immigration and asylum database – prompting his formal identification, the hearing was told.

It’s understood that until the day of the fire on May 7, Mr Nguyen had kept in regular contact with his wife –  named by Senior Coroner Joanne Kearsley as Tran Thi Huy – and told her he was in a mill.

He was born in the Nghe An region of Vietnam and had previously worked as a farmer. 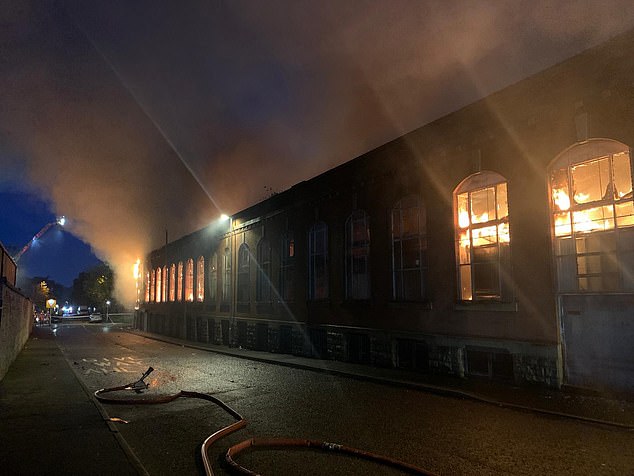 It took four days for firefighters to put out the blaze ripping Bismark House Mill in Oldham, Greater Manchester 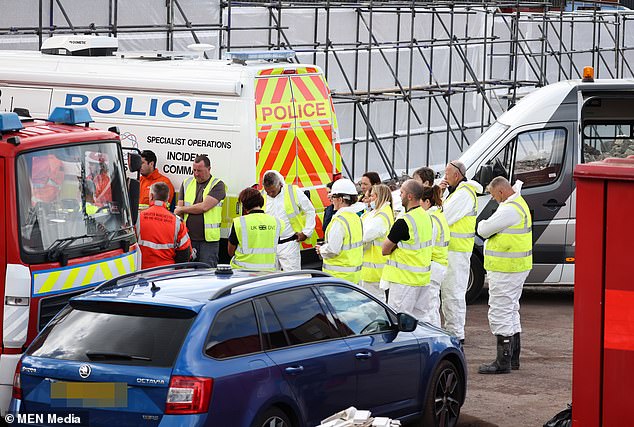 Police have been in direct contact with the family of the victims in Vietnam, but the remains of a suspected fourth victim have not yet been found

Superintendent and Senior Identification Lead told the hearing: ‘Officers were able to get partial fingerprints and searched these against a national database, with the prints matching an immigration and asylum database.’

Supt Hughes told the court an initial post-mortem had been carried out which has been inconclusive. The cause of Mr Nguyen is currently ‘unascertained..’

So far, human remains relating to three individuals have been discovered inside the mill – including those relating to Mr Nguyen. 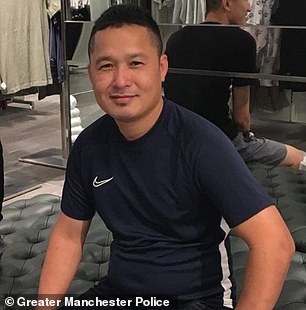 Cuong Van Chu, 39, arrived in the UK in June 2019. He maintained regular contact with his wife and children but they have not heard from him since May 7

All of the men including Uoc Van Nguyen were reported missing to Greater Manchester Police on July 21. At the time of the fire, crews believed nobody was inside the mill.

But soon after demolition work began, the remains of an adult male was found seven weeks later on July 23, prompting a major incident to be declared.

Ms Kearsley said: ‘On May 7 a building known as Bismark House was subject to a large-scale fire. It took four or five days to put the fire out.

The building was deemed unsafe and has been subject to demolition work. 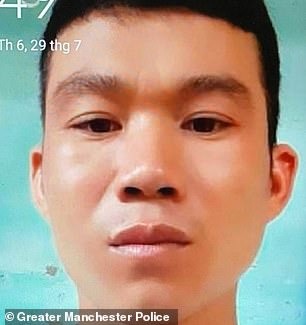 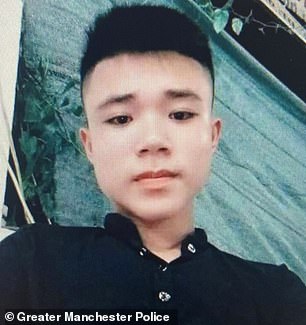 Left: Duong Van Nguyen, 29, told his family that he was residing in ‘an abandoned house’ whilst looking for work. Right: Nam Thanh Le, 21, last contacted his family on May 4

‘On July 23 demolition workers discovered human remains and a report was made to GMP. GMP has conducted an investigation. Initial enquiries suggest there had been contact two days earlier suggesting there might be four people who were missing who may or may not have been linked to the mill.’

An inquest relating to another unidentified individual was also opened at Rochdale Coroner’s Court relating to human remains recovered from the demolition site at Bismark House on July 26.

A post-mortem carried out on these set of remains has also come back inconclusive. The inquest heard that police have not been able to obtain fingerprints and therefore have been unable to identify the victim.

Supt Hughes said the force hoped to obtain DNA from the remains but the court heard this process is likely to take ‘months.’

Senior Coroner for Manchester North, Joanne Kearsley formally opened the two inquests and adjourned them for a further review in January 2023. 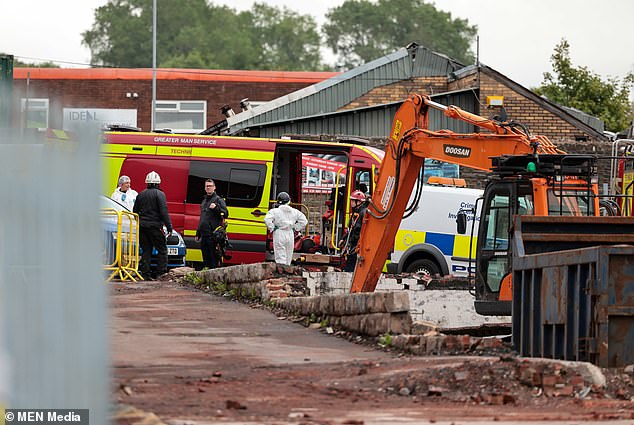 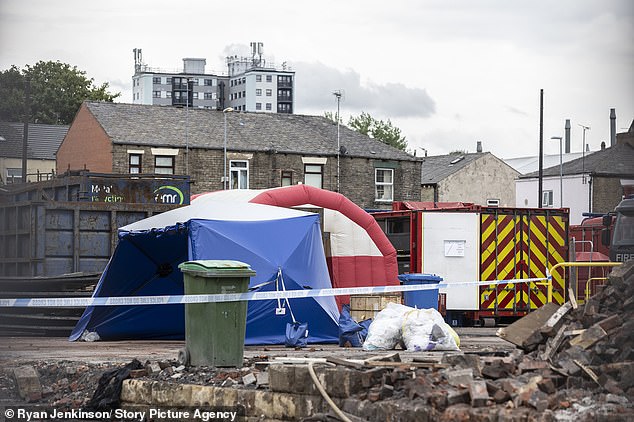 Police found a third body in the building, where suspected human trafficking victims were being held 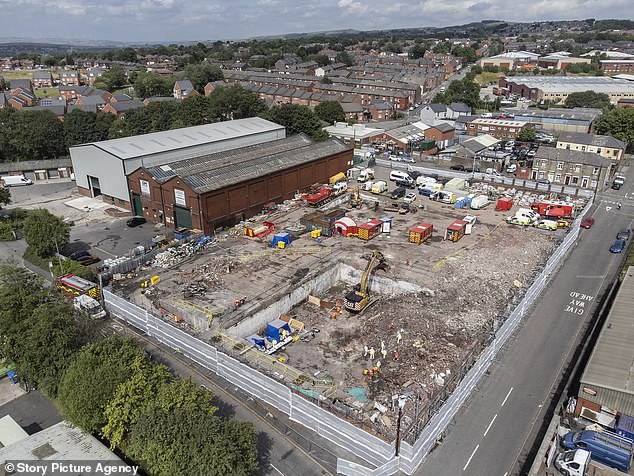 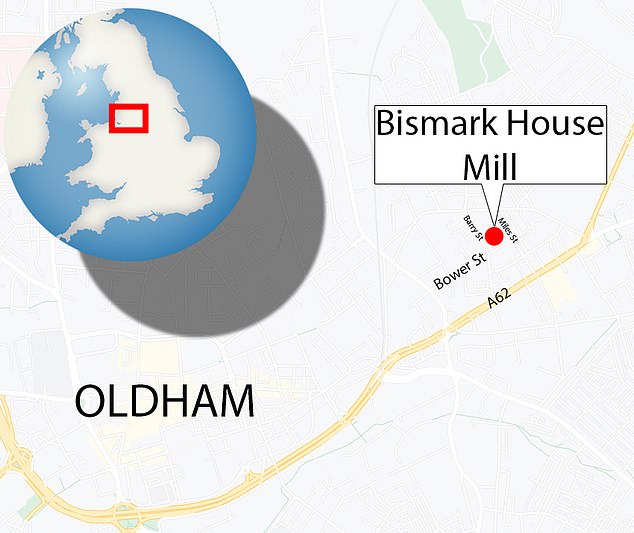 It took four days for firefighters to put out the blaze in Bismark House Mill on Bower Street, a built-up area with many commercial units

Speaking after the formal identification of Uoc Van Nguyen, Supt Hughes said: ‘On behalf of all involved in Operation Logan, I send condolences to Uoc’s wife and his loved ones. Specially trained officers are in direct contact with them and to ensure they are fully updated and supported.

‘Enquiries are ongoing to establish why Uoc and other, currently unidentified, individuals were in the mill during the fire. Anyone with information which may assist us should contact Greater Manchester Police or Crimestoppers, anonymously.’

Married father Cuong Van Chu, 39, arrived in the UK in June 2019. He remained in regular contact with his wife and children but they have not heard from him since Saturday, May 7.

Duong Van Nguyen, 29, arrived in the country about a year ago and last spoke with his family around three months ago. He told them he was living in an ‘abandoned house’ while looking for work.

Nam Thanh Lee arrived in the UK in January and last contacted his family on Wednesday, May 4. The 21-year-old said was living in a ‘derelict house’ in ‘Dam’, believed to be Oldham, while job seeking.