A WOMAN'S body was pulled from a submerged car at Niagara Falls in the latest of a series of dramatic rescue attempts over the years.

The most recent rescue operation was on Wednesday when first responders got a call about a car swept to the edge of a 180 foot-high waterfall. 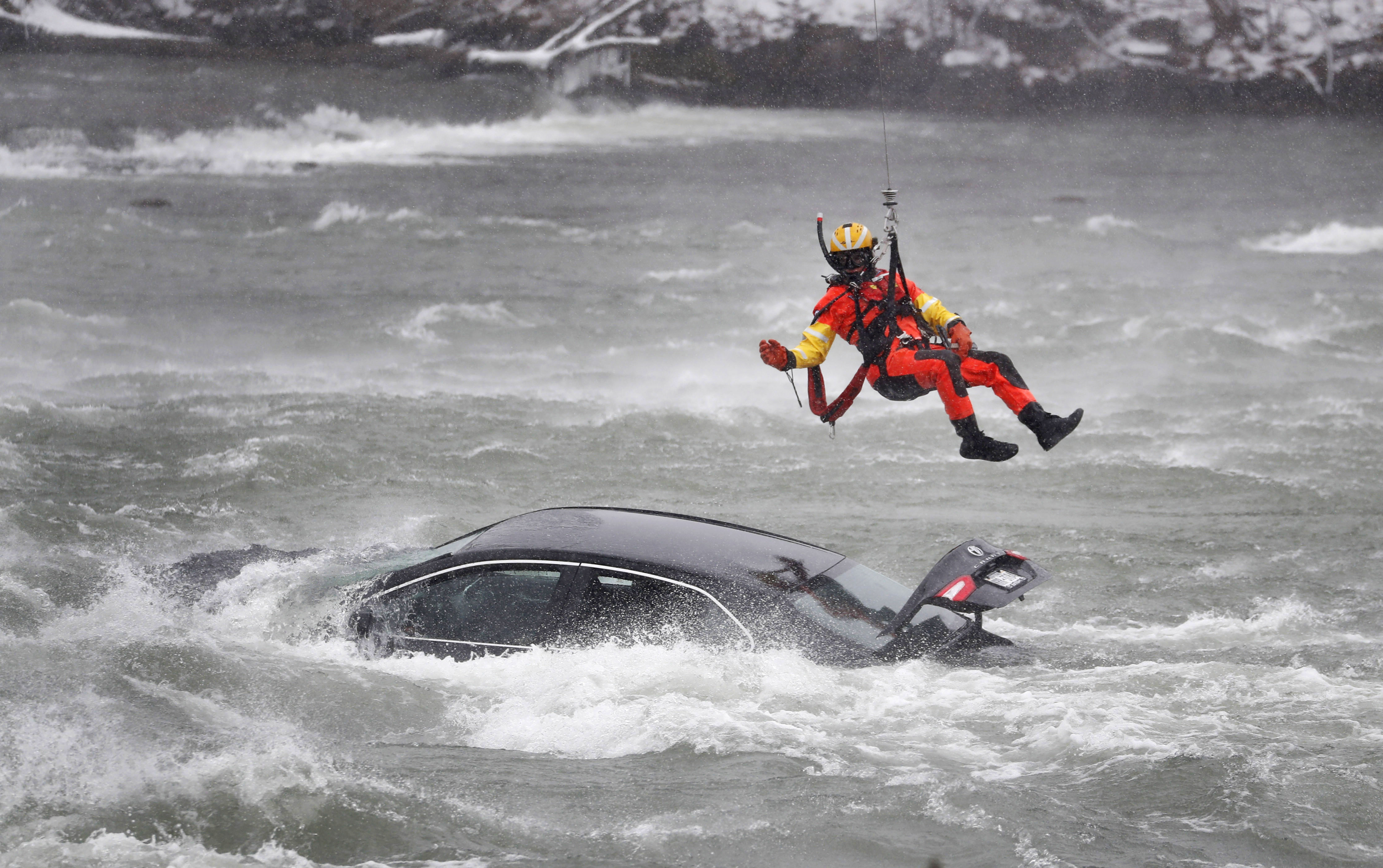 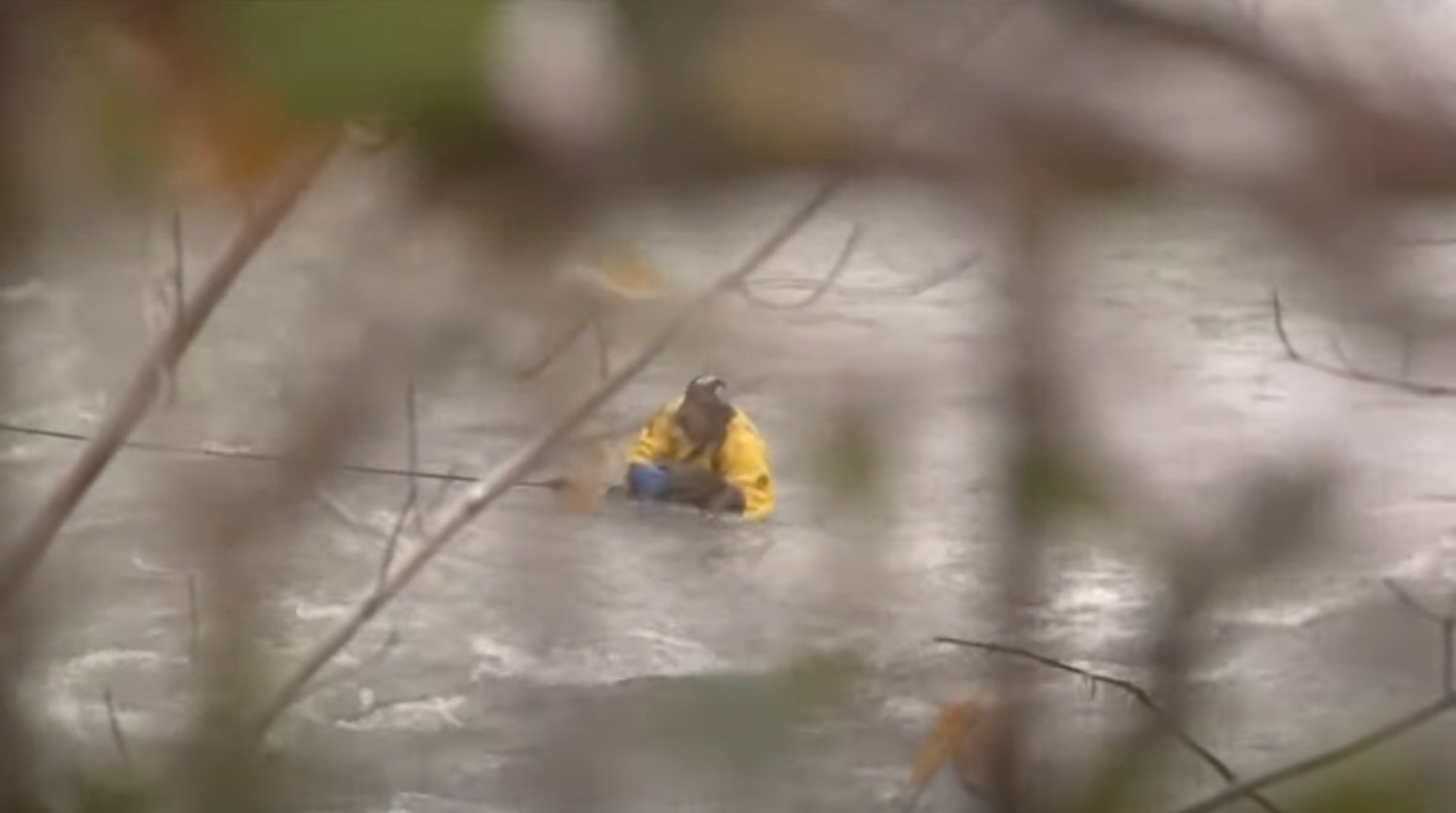 Using a helicopter and drones, rescue crews determined a woman was inside the vehicle.

Because of conditions and the location of the drifting car, a swift water rescue team was unable to reach it.

A US Coast Guard helicopter crew was called in and hoisted the woman's body to shore.

TWO FEET FROM THE BRINK

In another dramatic rescue at the popular landmark, a man survived coming within two feet of the brink.

That rescue was in March 2003, with footage shared by Quest TV showing the man in a blue windbreaker peering over the ledge.

Police said at the time that the man had waded into the water in a suicide attempt, which isn't uncommon in the area.

Omicron could hospitalise 1,000-a-day, Sage warns as lockdown 'can't be ruled out'

He'd lodged his foot into a crevice in the rocky surface under the water before making it to the ledge and remained there, just two feet from a 170-foot drop.

The video showed rescuers assessing the situation from the ground amid strong wind and rushing water.

A rescue helicopter was called and flew overhead as the man's foot slipped from the rock.

He managed to grab the rock with his hand while the helicopter crew quickly threw him a floatation device.

He grabbed the ring but got trapped under an ice shelf, with the helicopter crew reluctant to hoist him up because of how weak the man was.

A rescuer grabbed the man, urging him to fight and kick his legs, as they worked to get a rescue harness around him.

That allowed rescuers on the ice above to pull him out, ending his two-hour dip in the freezing water.

Those involved in saving the man said they were amazed he survived the experience.

In March 2009, a man became the third person to survive a 180ft plunge over Niagara Falls.

He scaled a wall before leaping into the Niagara River, the Independent reported.

After the jump, rescuers found him naked, clinging to a floating log at the base of the falls.

The man resisted rescue attempts until a firefighter eventually swam 60 yards into the water and dragged him to safety.

The 30-year-old was taken to a hospital in critical condition but was expected to survive.

In a November 2019 rescue, a man clung to a log for hours before rescuers were able to reach him.

Video from local outlet WGRZ showed divers using a cable system to reach the man, who was first spotted by tourists.

Rescuers got a harness around him and when he drifted from their reach, a veteran officer was in position to catch him.

He was brought to shore with help from firefighters and showed signs of hypothermia.

In most instances, authorities asked the state power authority to alter water flow in the area, slowing or lowering levels to improve conditions for rescuers.

The same strategy was used in Wednesday's emergency response, as the diver was lowered to the submerged vehicle.

Law enforcement said how the woman and her car ended up in the water was still under investigation. 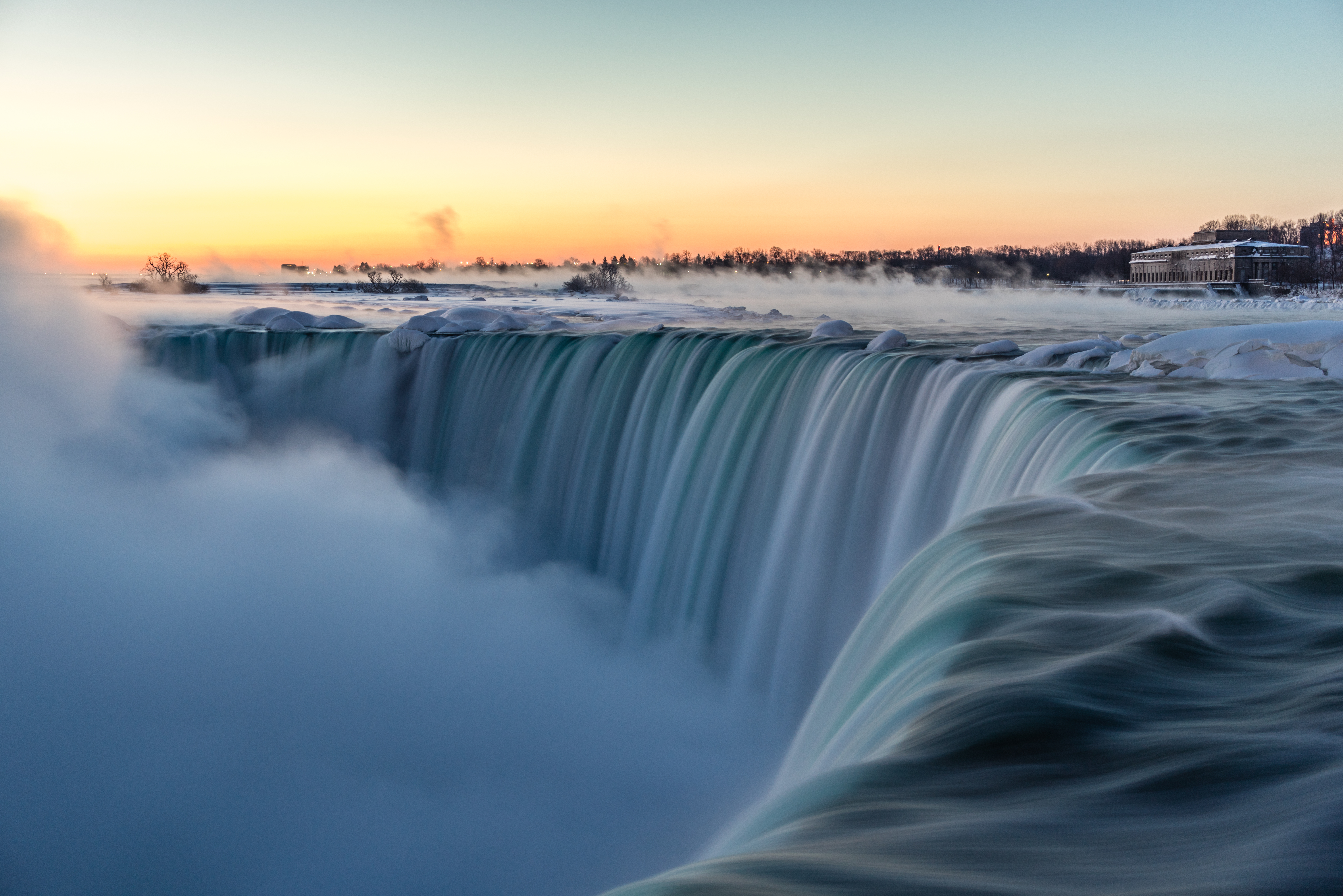 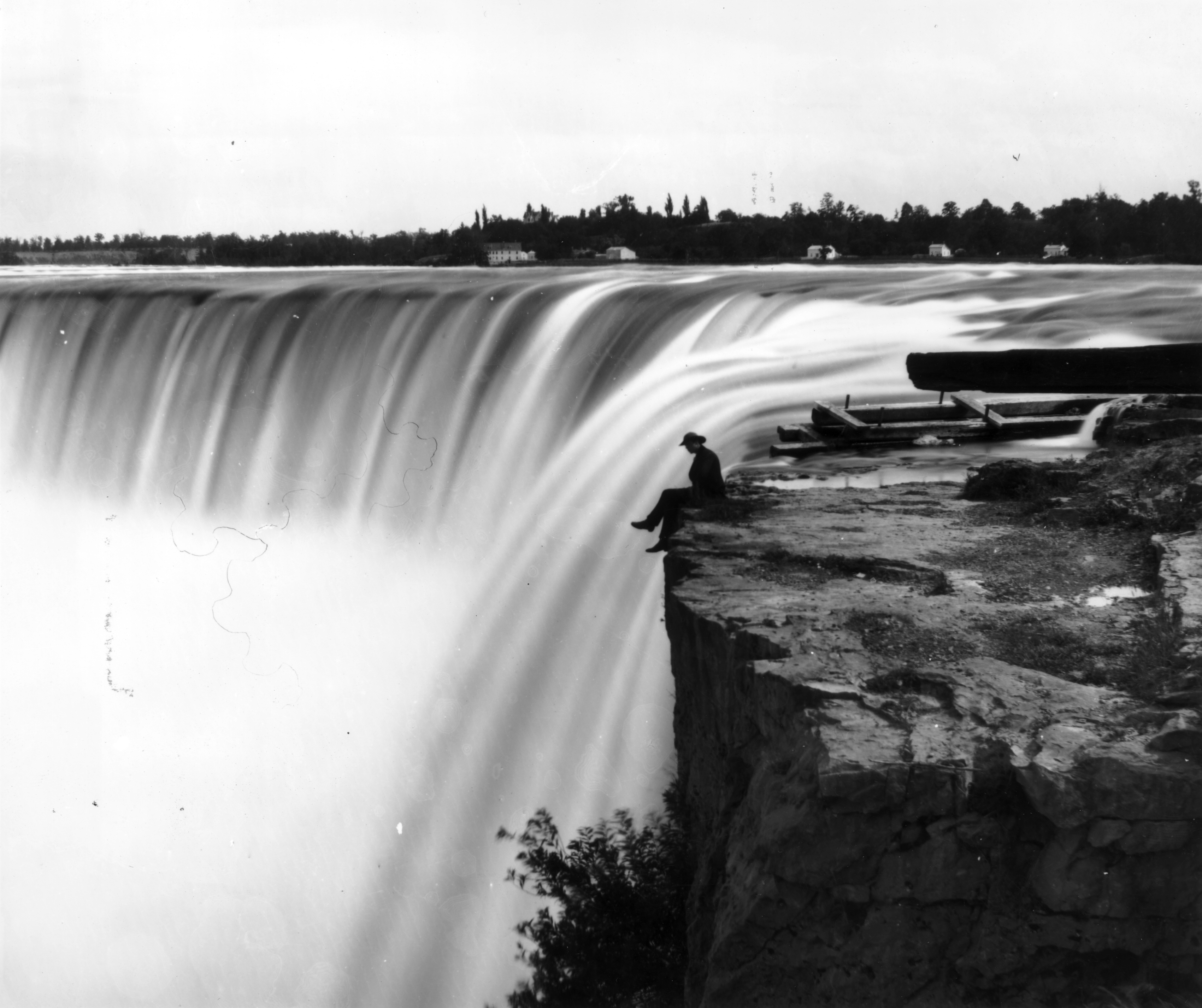