Is Aaron Judge in position to win the Triple Crown? Track the Yankees star's quest for more 2022 history

The hallowed baseball achievement is reached when a hitter leads his league, AL or NL, in batting average, home runs and RBIs in the same season. Detroit Tigers slugger Miguel Cabrera won MLB's last Triple Crown in 2012, breaking a decades-long drought that had stretched since Carl Yastrzemski did it for the Boston Red Sox in 1967.

For much of the summer, the preeminent 2022 Triple Crown threat appeared to be St. Louis Cardinals first baseman Paul Goldschmidt. But just as Goldschmidt has fallen off the homer pace in the NL, Judge has ramped up his assault on the batting average leaderboard in the AL. Since mentioning a goal of hitting .300 in July, citing Cabrera's greatness, Judge has gone supernova. He's batting .371 since the All-Star break, by far the best among qualified MLB hitters. That has lifted his overall average from .284 to a peak of .317 this week.

With his home run and RBI leads looking insurmountable, Judge is basically racing a handful of AL stars for the batting title to determine whether he will add the Triple Crown to what will surely be a ridiculous list of honors in 2022.

So, with just over a dozen games remaining, we'll monitor his pursuit here at the end of each night. 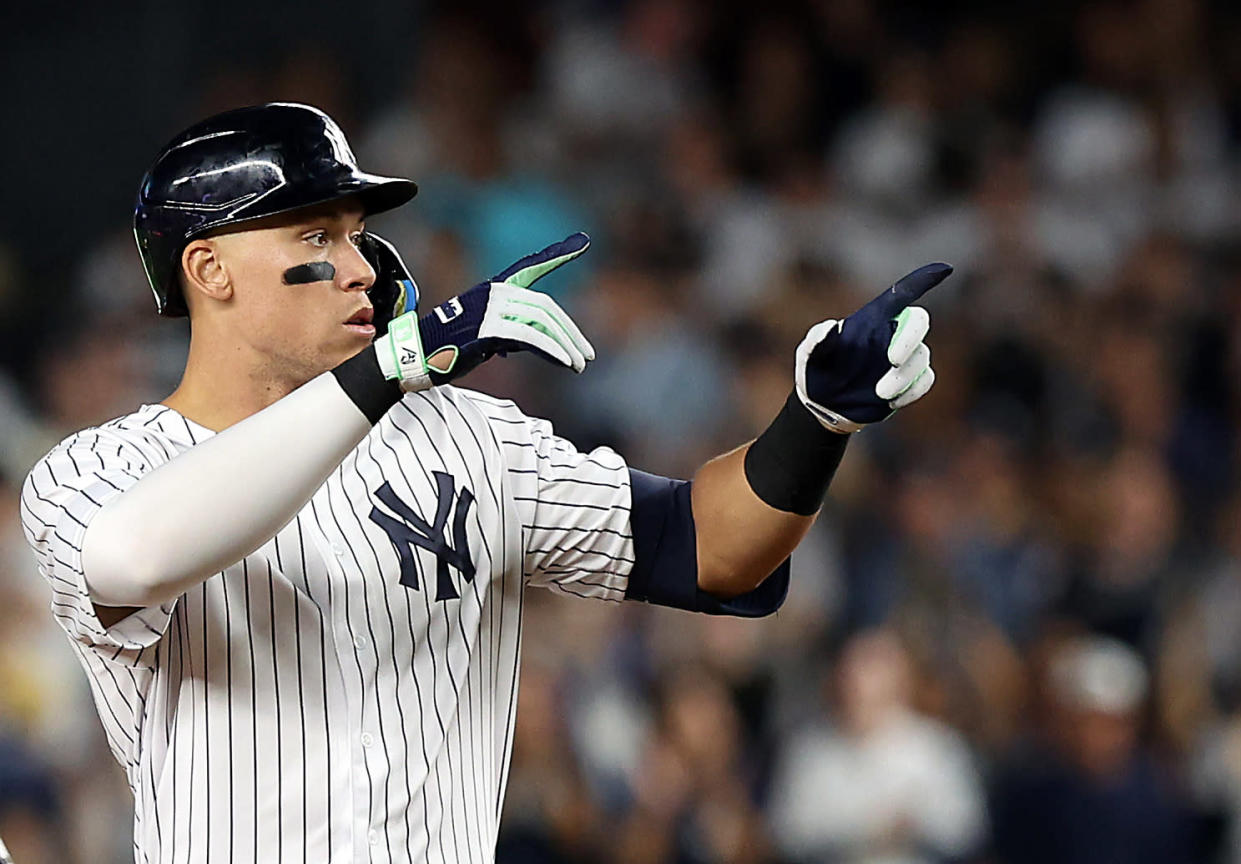 Is Aaron Judge in line for the Triple Crown?

Thursday, Sept. 22: YES. But it's still close. Judge posted his first hitless game since Sept. 7, but it's not like the Red Sox gave him many chances. Judge went 0-for-2 with three walks and a strikeout. It looked like he had reached 61 homers on his final at-bat until the ball fell just short of the center field wall, to the surprise of Yankee Stadium.

Judge was that close…

This one's going down to the wire.

Here's how the leaderboards look now.

Wednesday, Sept. 21: YES. Judge's closest competition now is Boston Red Sox shortstop Xander Bogaerts. After strong nights for both, Judge is ahead by the slimmest of margins. The leaderboards will show them both at .317, but Judge's average is a touch higher if you go further down the decimals.

Not that the Triple Crown will necessarily be decided, but it's going to be an interesting four days in the Bronx.

Making this all more interesting? The Yankees and Red Sox begin a four-game series on Thursday in the Bronx.

Tuesday, Sept. 20: YES. On the same night he crushed home run No. 60 — and sparked a game-winning rally — Judge moved into the lead for the AL batting title for the first time. He started the evening behind Luis Arrarez and Xander Bogaerts before pulling ahead thanks to his ninth-inning blast.