The pop icon posted a photo of a massive, pear-shaped diamond ring on Twitter on Dec. 25.

“THERE R NO WORDS,” Cher wrote in the caption, adding her boyfriend’s name, “ALEXANDER,A.E.”

Cher posted the same photo a few hours later, clarifying the nails in the photo belong to her boyfriend, Alexander “AE” Edwards, and that she posted it “cause his nails are so cool.”

Edwards rocked neon green flame nails in the pic, but the clarification still left fans wondering if the singer could be getting married soon.

A representative for Cher did not immediately respond to a request for comment from TODAY.com.

The 76-year-old singer first appeared to address rumors she was dating Edwards, 36, in November. She began posting photos of the rapper and responding with heart-faced emojis when fans asked if he was her “new man.”

She added that Edwards was the one who started their romance.

“He’s 36 & In End He Came after me,Till we met in the middle.He’s Consistent one ,I’m The Skittish one. We love each other…. LADIES NEVER GIVE UP,” she said in a tweet. 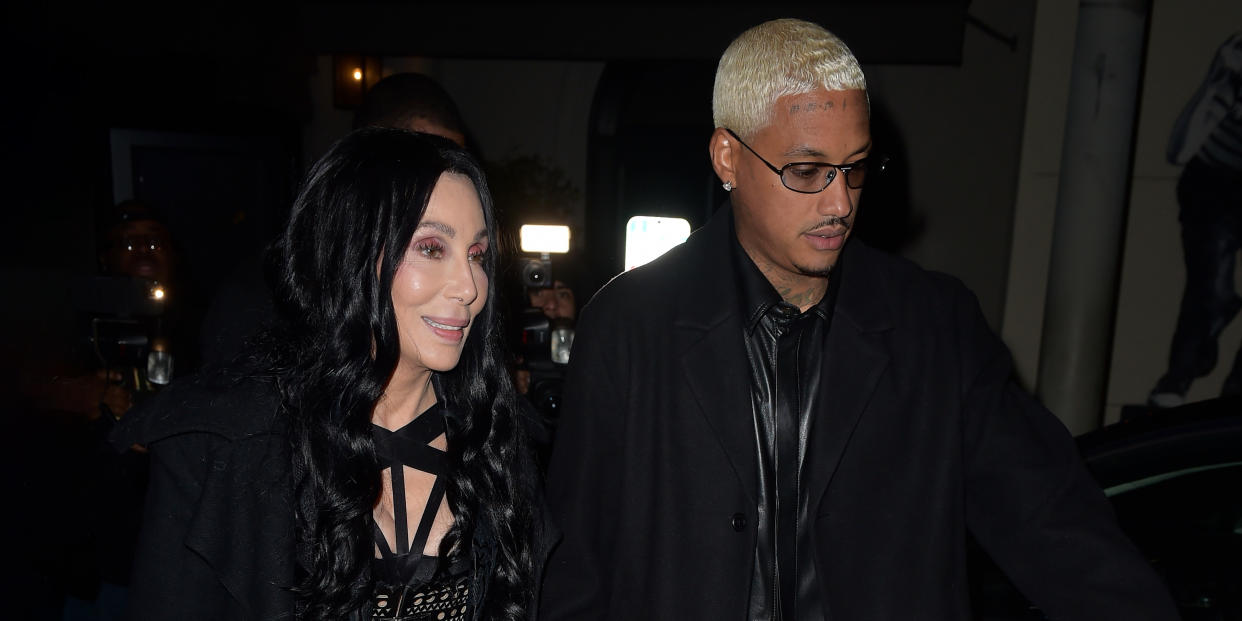 Cher also gushed about their relationship while on “The Kelly Clarkson Show” earlier this month.

“On paper it’s kind of ridiculous but in real life we get along great,” she told Clarkson. “He’s fabulous, and I don’t give men qualities that they don’t deserve. But he’s very kind, he’s very smart. He’s very talented and he’s really funny so, and I think he’s quite handsome.”

“If I hadn’t met younger men in my life I would’ve never had a date,” she continued. “Older men just didn’t like me all that much. … Younger men don’t care if you’re, you know, funny or outrageous and want to do stupid things and you have a strong personality. I’m not giving up my personality for anybody.”

If the ring is more than just a Christmas present, it would be Cher’s third engagement. The singer was previously married to Sonny Bono from 1964 to 1975, and Gregg Allman from 1975 to 1979.