Follow
Home » World News » ‘It doesn’t add up’: The missing budget ingredient that may thwart a sustained recovery

‘It doesn’t add up’: The missing budget ingredient that may thwart a sustained recovery

Thursday’s state budget has been largely well received on the spending front, with much-needed injections of funding into mental health services and schools added to last year’s welcome boost for social housing.

On the revenue side, business is predictably cranky about increased payroll taxes and stamp duty to fund the investment in social services but, given the limited options available to state governments to raise revenue under our creaking federal taxation system, Treasurer Tim Pallas has likely struck a bargain that most Victorians will readily accept.

Where the budget goes wrong is in its approach to wages, and in this Pallas is not alone. Despite a widespread understanding that Australia’s economic recovery will be even more reliant than usual on household consumption until the international borders reopen, recent decisions by various state administrations and the federal government will actively work against the need for strong wage growth to underpin consumer spending in the years ahead.

Well over half of Australia’s economic activity comes from consumer spending, which is driven not by employment growth, but by income growth. The federal budget of May 11 relies on an assumption that such spending will grow by a massive 5.5 per cent in the 2021-2022 financial year, but at the same time predicts real wages will fall compared to cost-of-living increases over the same period. Something doesn’t add up.

If wages do not grow sufficiently to meet the growing cost of essential goods and services like housing, healthcare, transport, food and utilities, most people won’t have sufficient power to drive growth.

Small businesses in retail, hospitality and entertainment, which were hit hardest by the extended lock-down last year, will be the first to suffer if households have less money left over each month to spend on recreational activities once the essential bills are paid. 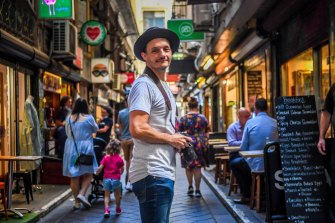 The hospitality industry has come back to life after a difficult lockdowns during the pandemic.Credit:Justin McManus

So the decision taken by the Victorian government to limit the future growth in public sector jobs and wages to 2 per cent annually threatens to weaken consumption and undermine the otherwise worthy investments in restoring economic activity across the state.

This is not a problem limited to Victoria, and Pallas is right to say that his wages policy is not as harsh as the public sector salary caps in place in Queensland and NSW and for federal employees. But now is not the time to impose austerity measures of any kind on the wages paid to essential public sector workers; rather, governments should be using their fiscal firepower to drive their wages up, putting pressure on the private sector to follow suit.

This would be the logical extension of the recent shift in federal fiscal policy away from a focus on balancing the budget and towards the pursuit of full employment to drive growth. Yet, perversely, government treasury departments at all levels seem intent on keeping wages down in the pursuit of cost savings to bolster their bottom lines. 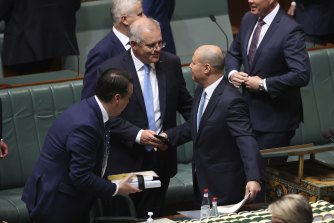 The fundamental dichotomy between the stated aims of fiscal policy makers to grow the domestic economy and their latent commitment to wage suppression was gently called out in the minutes of this month’s Reserve Bank Board meeting on 4 May, which noted that “public sector wage policies were likely to restrain aggregate wage outcomes”.

It’s also worth noting that, while implementing a new policy on wages for federal public sector workers that relies on the private sector to set the pace of wage growth – a move guaranteed to hold wages down, given the anaemic growth in incomes across the economy for years prior to the pandemic – the Morrison government is simultaneously urging ‘caution’ in relation to any increase in the mandated minimum wage set through the Fair Work Commission’s annual wage review, which is currently underway.

With up to 25 per cent of the Australian workforce reliant on the minimum wage decision to set their own pay increases, and a further one in five workers employed by the Commonwealth or state public service, policy makers are actively working against their own expectations for consumer spending and economic growth by insisting on wage restraint for low and middle-income workers.

Worse, the implementation of wage suppression policies by governments who are ostensibly focused on job creation demonstrates a fundamental misconception of the relationship between employment and economic growth: that is, it matters not just how many jobs are created in the pursuit of full employment, but that those jobs are reliable, secure and well paid.

Finally, it’s worth bearing in mind just who are the public sector workers now being asked to accept lower wage growth and, consequently, falling living conditions in the years ahead in the name of restoring our economy after COVID-19.

Because despite oft-repeated concerns from politicians about “‘unnecessary bureaucracy’ and an “explosion” in the number of government agencies and executive roles, the vast majority of public sector workers are not so-called fat cats on six figure salaries working in ivory towers: they are the disability and health care workers, early childhood educators and aged-care attendants, emergency services officers, teachers, child protection workers, nurses and paramedics who were on the front-lines of our response to the worst health crisis in living memory.

If these workers and their families, and the standard of living they can expect to achieve through their dedicated service, aren’t at the heart of our strategy to restore the economy in the wake of COVID-19, we are entitled to ask: who is?

Emma Dawson is the executive director of Per Capita.