An onslaught of snow in the Lake Tahoe area this month has shattered a record that held up for more than half a century, California researchers say.

As of 8 a.m. local time Wednesday, a total of 210 inches of snow has fallen on the region in December, breaking the previous record of 179 inches in set in 1970, according to the UC Berkeley Central Sierra Snow Lab. 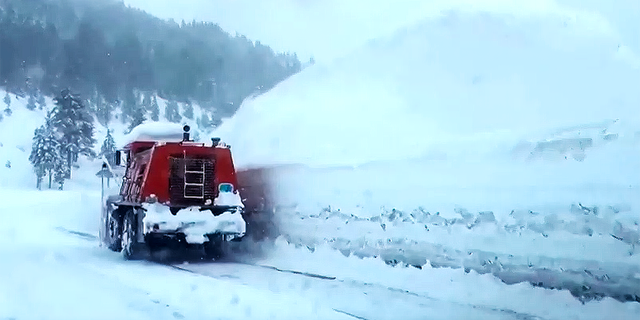 Data from the snow lab, which is located at Donner Pass in the Sierra Nevada, also suggests that this December will end as the third snowiest month-ever for the region.

Footage posted on Facebook by the Placer County Sheriff’s Office showed crews clearing away a wall of snow alongside Interstate-80.

UC Berkeley says it now manages the snow lab after it was built by the then-U.S. Weather Bureau and Army Corps of Engineers in 1946.