Bolt down your BBQ! Britons are warned to tie down garden furniture as ‘unseasonable’ late spring storm with 60mph gales and heavy rain sweeps in from Atlantic in next 24 hours

Britons were today urged to tie down their garden furniture as an ‘unseasonable’ late spring storm sweeps in from the Atlantic Ocean in the next 24 hours, threatening to bring 60mph winds and nearly three inches of rain.

The Met Office is considering issuing a warning amid concerns over winds pulling up temporary Covid-19 vaccination marquees across the country along with pergolas and parasols erected in beer gardens.

Forecasters said the structures may become dangerous due to a deep low pressure system sweeping in tomorrow and Friday, as the UK’s washout May continues with another day of widespread showers expected today.

But there is some hope with the rain set to ease in a week’s time, with high pressure weather set to ‘dry things up’ at the back end of May – bringing with it the possibility of a sunnier bank holiday weekend. 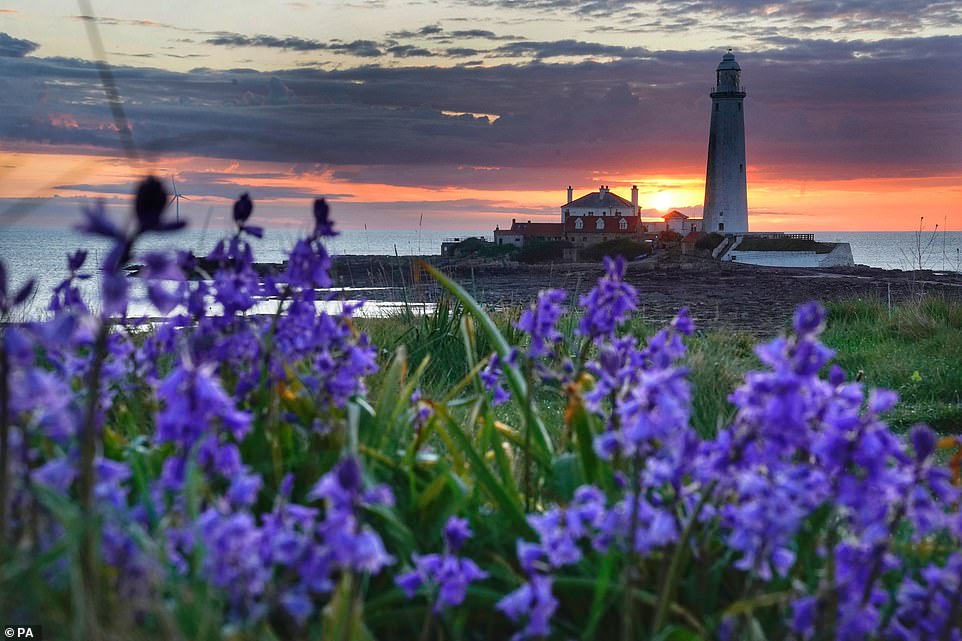 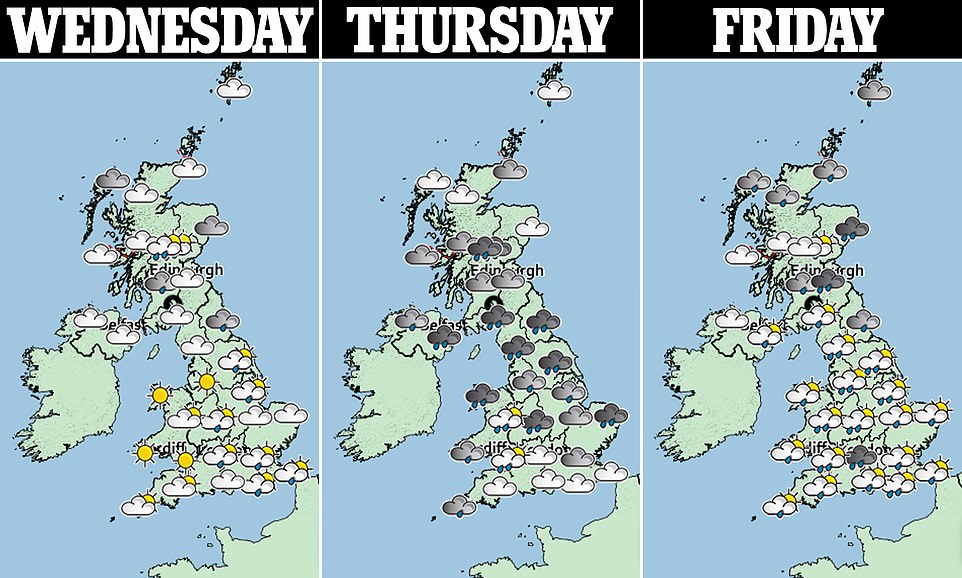 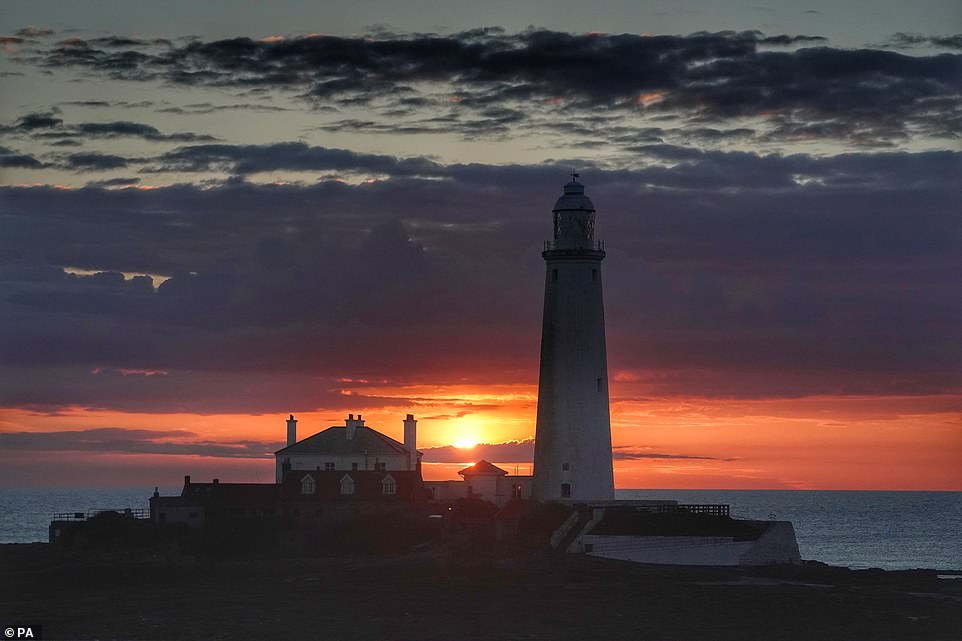 Sunrise over St Mary’s Lighthouse, which remained operational until 1984, in Whitley Bay this morning

Speaking about the threat the storm poses to temporary structures, Met Office meteorologist Nicky Maxey said: ‘These structures will be vulnerable to the high winds we are expecting, anything between 40 and 50mph.

‘This kind of weather event is fairly unseasonable. The only glimmer of hope is that it does look as if high pressure is beginning to build towards the second half of next week. This could bring drier and more settled conditions.’

Yesterday, parts of the UK were lashed with torrential rain and hail. In London the hail fell so hard that the ground looked like it was covered in snow, while others parts of the South East also saw heavy rain.

The Met Office said the country will continue to see showers through today, before high winds and further rain tomorrow could lead to weather warnings being imposed.

Met Office meteorologist Craig Snell said that the heaviest rain yesterday had fallen in the South East, with 16mm (0.6in) recorded over 12 hours in Goudhurst in Kent.

He added that a deep band of unseasonable low pressure will bring more wet and windy weather tomorrow and Friday, with some coastal areas likely to be hit with 60mph gusts. 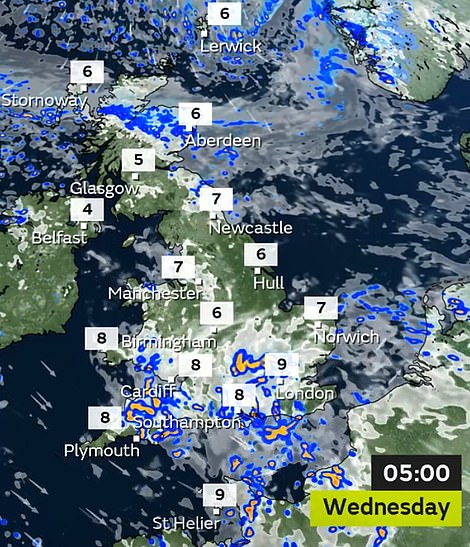 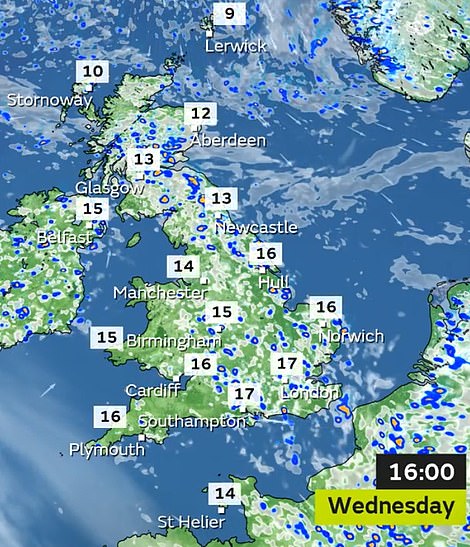 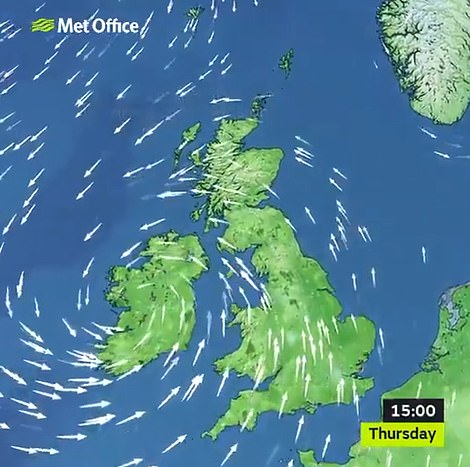 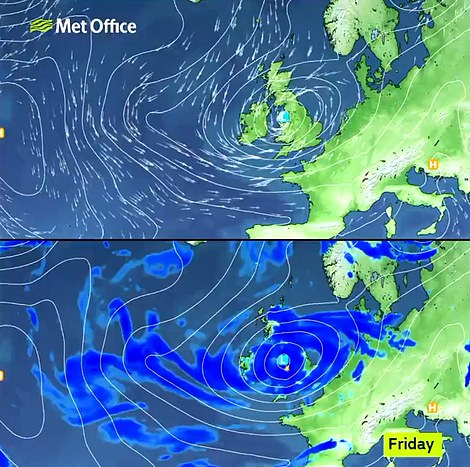 Mr Snell said that the South West of England and South Wales coast will see the strongest winds but inland there could still be gusts of up to 50mph which could cause some disruption.

‘This time of year, with the trees in full leaf, it could potentially bring some small branches down and because there’s a lot more outdoor furniture, we advise people that it is a bit vulnerable to strong winds and to tie it down.’

The heaviest rain will be in northern England, North Wales, Northern Ireland and southern Scotland, he added, with up to 70mm (2.8in) of rainfall on the high ground in Wales.

Mr Snell said that while no weather warnings were currently in force, the Met Office will keep a ‘very close eye’ on conditions and there is a ‘possibility’ that weather warnings could be issued today.

He added: ‘We are keeping a very close eye on it, I don’t think any warnings will be issued today but there’s a possibility as we go into tomorrow.’

Mr Snell said that while it was too early to predict if May will break any records, it had already been a ‘wetter than average month’, with 70mm (2.8in) of rainfall in the UK up to Monday. 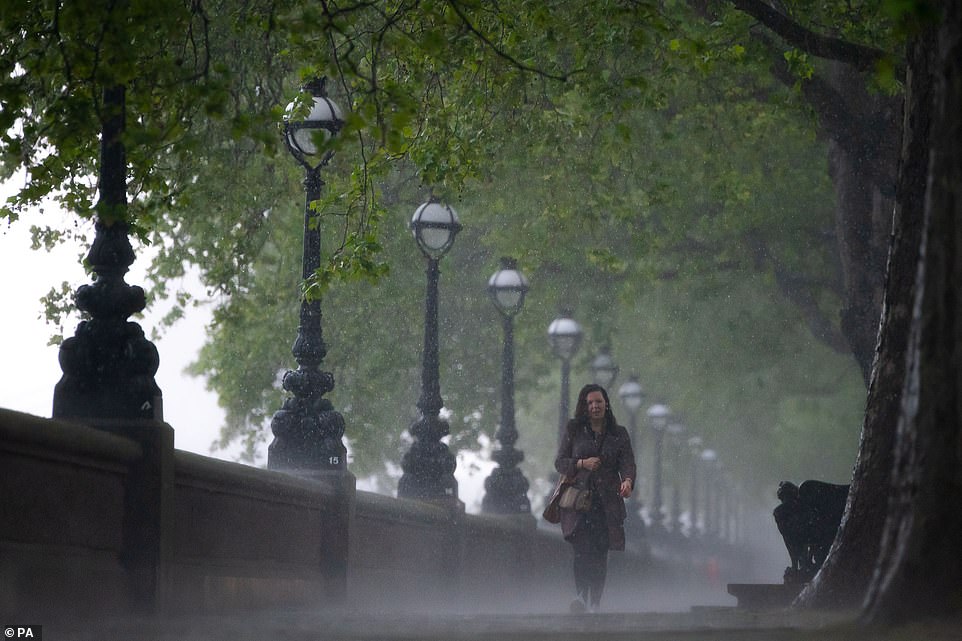 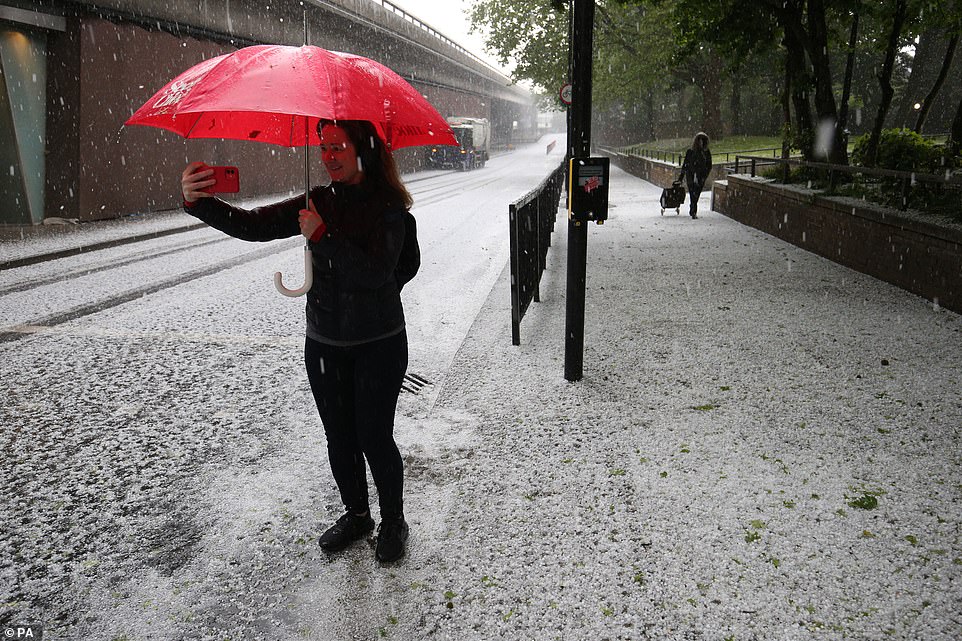 He added: ‘We have had a wetter than average May, we can safely say that. It’s certainly going to end up being quite a wet month.’

However, as hospitality opened indoors on Monday, pub-goers and diners have at least now been able to escape being drenched at outside tables.

Mr Snell said there was ‘a lot of rain this week to get through’ this week before slightly warmer temperatures creep in later in May. He added: ‘It will certainly be warmer than it is now – but not much to write home about.

While some areas will see temperatures rose to the low 60s Fahrenheit (high teens Celsius) at the end of the month, others may also get a ‘good amount of sunshine’ with the mercury climbing to around 68F (20C).

Mr Snell added: ‘Some parts of the UK will see their wettest (May), such as the south west. Such places could get a local record for May.’

He added that the South West of England and South Wales had already got the ‘lion’s share’ of the soggy weather this month, with around 150 per cent of expected rainfall having already drenched Wales – some 115mm (4.5in).

Mr Snell said: ‘Last May, temperature-wise, we were about two degrees above average. That’s the mirror image of this year, when we are two degrees cooler than normal.’