Meddling by Left-wing campaigners will leave the Rwanda asylum scheme in legal limbo for up to a year, the Daily Mail can disclose today.

Attempts to fly Channel migrants to Africa will remain on hold until a series of appeals have been heard in the courts.

Officials fear the case will ultimately face a final appeal to the European Court of Human Rights in Strasbourg, causing further delay. 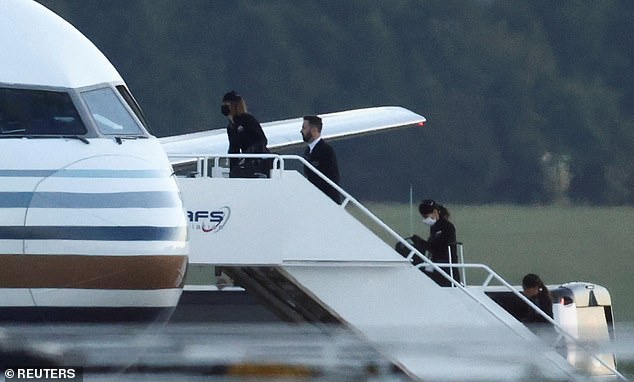 Last night there was fury at the hold-ups instigated by the charities Care 4 Calais and Detention Action and by the Public and Commercial Services trade union which represents Border Force staff.

Tom Hunt, Tory MP for Ipswich, said: ‘The Left-wing lawyers and organisations that are behind these legal challenges are essentially working against the interests not just of hard-working British taxpayers but also genuine refugees who are fleeing persecution from war-torn countries.

‘The individuals illegally entering our country are coming from a safe European country. Under no circumstances should they ever be allowed to stay here.’

Alp Mehmet of Migration Watch UK, which campaigns for tougher border control, said: ‘It’s disgraceful that a trade union should be spending its members’ money in this way.

‘It amounts to civil servants working against government policy, and does no favours for democracy in this country.’ The Mail understands the prospect of introducing ‘pushback’ tactics against migrant boats in the Channel has also been virtually ruled out by new Home Secretary Suella Braverman.

Although the Home Office has spent around £1million on specialist equipment while developing the tactics – and even introduced laws allowing their use – they are highly unlikely to proceed.

‘We don’t think pushbacks will be fruitful, although nothing is off the table,’ a government source said.

Turning dinghies around in the Channel would require the French to accept the boats back and Emmanuel Macron’s government has so far refused to do this.

The number of small boat migrants to have reached Britain since the start of the year has hit 32,321. September’s arrivals have already set a new monthly record. 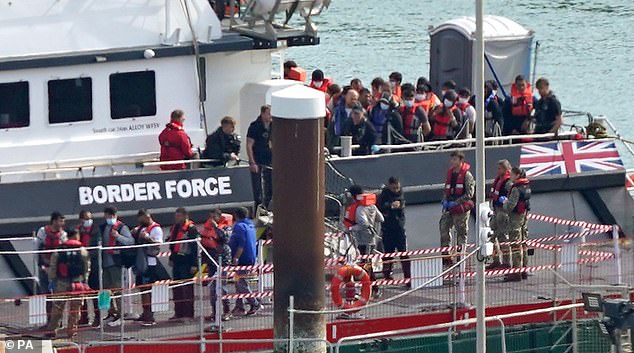 Migrants heading for Britain across the Channel are brought into Dover

Former home secretary Priti Patel sanctioned a Rwanda charter flight in June – but it was blocked from taking off by a Strasbourg judge’s 11th-hour intervention.

Earlier this month the High Court in London scrutinised the policy’s legality in the first stage of a judicial review, with a ruling due later in the autumn. It was originally thought that Rwanda charter flights would be able to begin if the Home Office won that case.

Officials are believed to feel ‘positive’ about the prospects of success at the initial hearing but expect further legal challenges to be drawn out.

Advisers are understood to have warned Miss Braverman that she will have to wait until a series of appeals has been heard.

Even if the Home Office wins in the High Court, the Government’s opponents are likely to take it to the Appeal Court and potentially on to the Supreme Court.

‘There is the spectre of the Strasbourg court at the end of it all, even if you think you’re home and dry,’ a source said.

Officials fear massive numbers of migrants being pushed across the Channel by people trafficking gangs will lead to further loss of life as the weather worsens.

Last November, 27 men, women and children drowned on just one day in the worst tragedy since the beginning of the crisis. 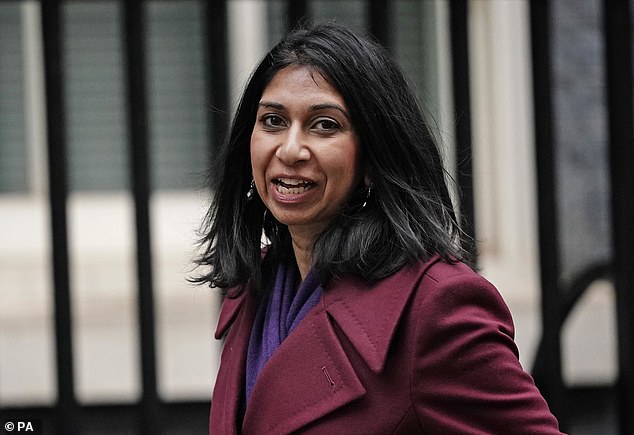 Miss Braverman has already held initial talks with her French counterpart, Gerald Darmanin. ‘The discussions have started on a positive footing,’ a government source said. ‘The fact that Suella speaks quite fluent French is helpful.

‘By the end, the discussion was quite warm. It was a good sign.’

Miss Braverman is keen to avoid ‘over-promising’ what can be delivered on the Channel crisis – in a clear change from the Boris Johnson era.

The former prime minister launched the Rwanda policy in April promising that tens of thousands of migrants would be deported. ‘Suella does not want to over-promise and under-deliver,’ an insider said.

When Strasbourg judges intervened in the Rwanda scheme in June, they ruled that removals could not take place until three weeks after British courts had made a ‘final’ decision in the case.

It is understood the Government is now interpreting this as the end of the full appeals process and not the end of the initial judicial review proceedings.

Tory backbencher Natalie Elphicke, MP for Dover, said: ‘It’s high time to end the abuse of judicial review by political activist groups seeking to undermine the democratic will of the British people.’