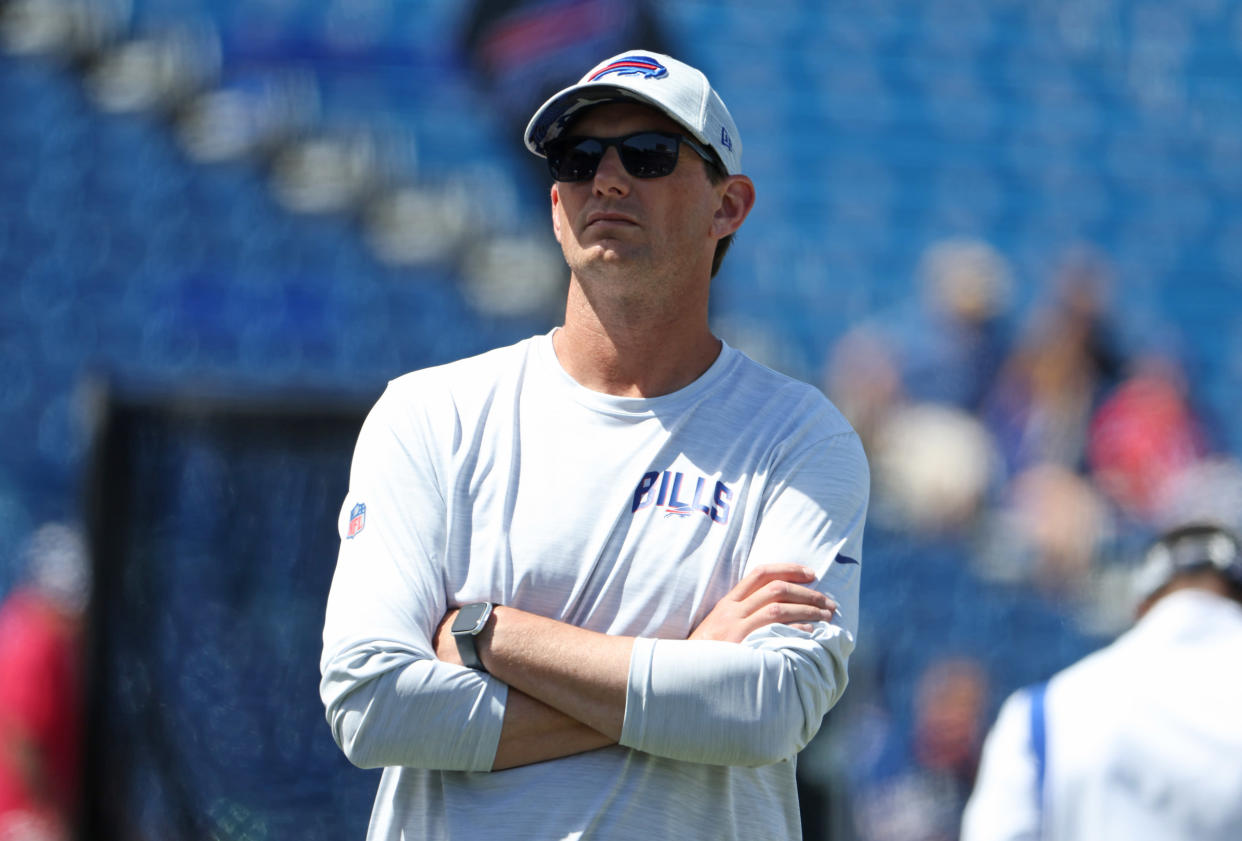 You might think your awful fantasy team is taking the worst beating of the 2022 NFL season, but have you heard about the tablets? A week after Tampa Bay Buccaneers quarterback Tom Brady destroyed two tablets during a game, Buffalo Bills offensive coordinator Ken Dorsey may have added another casualty to the list.

Dorsey smashed a tablet on a desk following the Bills' shocking loss to the Miami Dolphins in Week 3. The incident occurred after the Bills failed to spike the ball in time at the end of the contest, which they lost 21-19.

Dorsey threw a full-on tantrum when the clock ran out, smacking a table multiple times. At one point, Dorsey appears to pick up a tablet and slam it down on the table three or four times.

Bills OC Ken Dorsey was not happy at the end of the game. pic.twitter.com/F7Jp5IMlFP

Fans didn't get to see the conclusion of Dorsey's onslaught as a hand comes in to cover the camera lens during the outburst.

The Bills and Dorsey could be penalized for the explosion. Prior to Week 3, the NFL reportedly sent a memo to all 32 teams warning them about damaging tablets.

The league felt compelled to send that memo after Brady destroyed two tablets during a Week 2 win over the New Orleans Saints. Brady apologized for breaking one tablet in a video he posted to Twitter.

Considering the timing of that memo, and the fact that Dorsey is not Brady, the Bills will almost certainly hear from the NFL before Week 4.