A Perth driving instructor was allegedly caught with heroin and methamphetamine in Bali and faces decades in jail.

Jeff Walton was caught in Bali after travelling from Vietnam when authorities reportedly said they found eight grams of heroin and meth hidden in a condom. 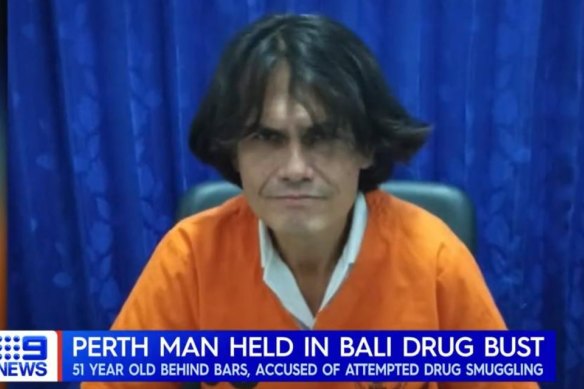 Australian Jeff Walton has been arrested in Bali for allegedly attempting to smuggle heroin and methamphetamine to the island.Credit:Nine

It’s been reported authorities became suspicious when they spotted the man at Denpasar airport two weeks ago.

The 51-year-old Perth diving instructor’s lawyer Edward Pangkahila said his client tested positive for having heroin in his system.

“He’s an addict,” the lawyer said.

“He put eight grams of heroin in his body [that] he took from Vietnam,” the lawyer told Nine News.

He said the plan was to get Walton into a drug rehabilitation facility.

If Walton is found guilty, he faces the prospect of 20 years behind bars.