While Liz Cheney lost among Wyoming voters, one contest where she emerged victorious was the money race against her Trump-endorsed opponent.

According to the most recent filings, Cheney raised over $15 million for her campaign versus $4.4 million for Harriet Hageman. The bigger bankroll didn’t help her much on Tuesday, however, with Hageman decisively winning by nearly 40 percentage points.

But Cheney responded to her widely-expected defeat with a quick pivot. She launched a new political group for herself aimed at a possible run for president and, flush with cash, the new group’s website was up and accepting donations by Wednesday morning.

Barbara Comstock, a Cheney ally and GOP donor, told Yahoo Finance that the money from supporters like her would “definitely” keep flowing, adding she is “thrilled [Cheney] is going to continue to stay active” as a leader of the effort by anti-Trump Republicans to take on the former president.

A representative for Cheney didn’t respond to queries from Yahoo Finance about how fundraising has gone since Tuesday’s election, and Cheney herself is expected for now to focus on her role as the vice chair on the House Select Committee investigating the Jan. 6 Capitol attack. 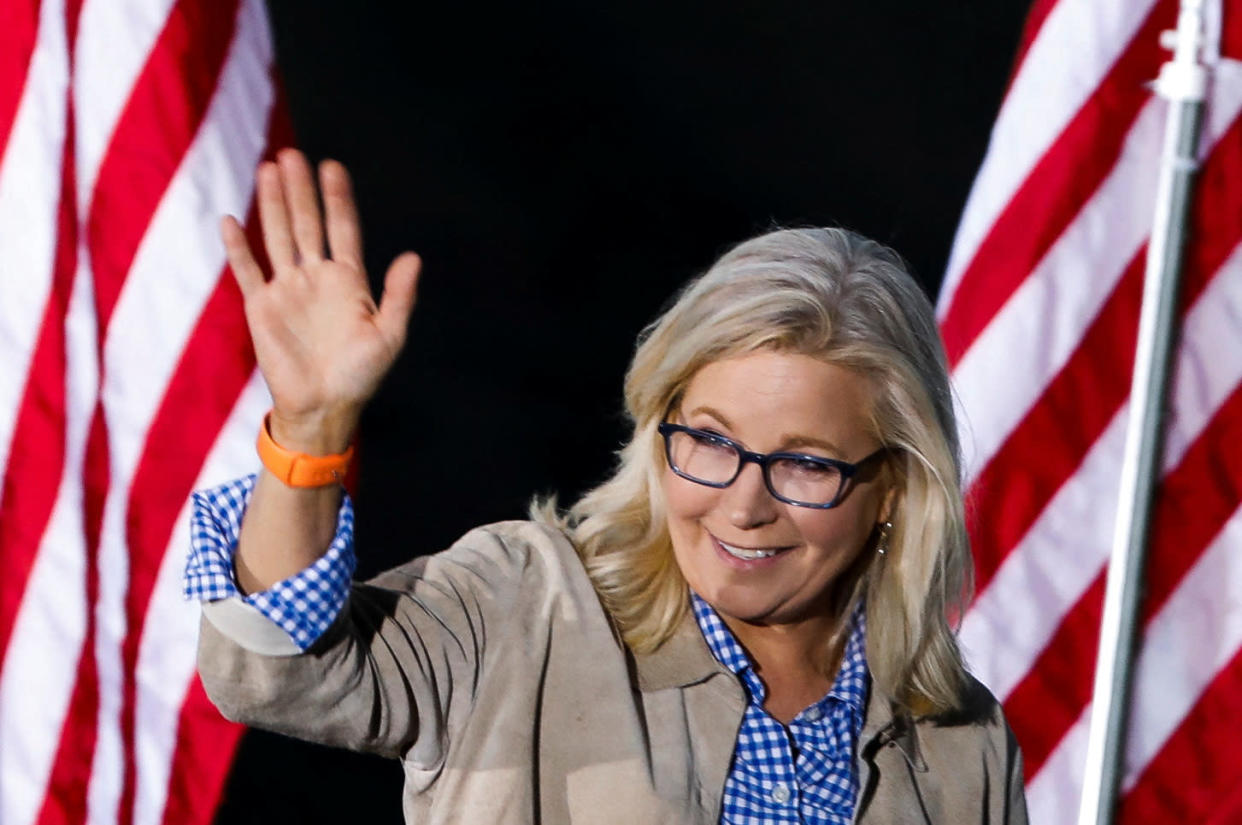 But Cheney’s most recent campaign filing shows she’s had over $7 million in the bank, a sizable jumpstart for her 2024 plans. However she ends up choosing to spend that money, she faces a steep uphill battle trying to thwart Trump. With Cheney’s loss, 8 of the 10 Republican House members who voted for his impeachment won’t be returning next year.

‘Our work is far from over’

During her recent campaign, Cheney’s donors spanned the national and ideological spectrum, from luminaries of the GOP establishment like former president George W. Bush and Senator Mitt Romney to Democratic-affiliated donors like Jeffrey Katzenberg and LinkedIn co-founder Reid Hoffman. From the business world, figures like Melinda Gates and Citi CEO Jane Fraser have also sent money.

What remains to be seen is how many liberal donors, who disagree with Cheney on nearly every issue except for being against Trump, will be on board for the next phase. Dmitri Mehlhorn, an adviser to several major Democratic donors including Hoffman, told the New York Times, “If [Cheney] has really good plans, then the amount of money available to her is definitely in the double-digit millions.”

Establishment GOP figures like Comstock, who served in Congress from 2015 to 2019, are also waiting to hear more about next steps. She gave the Cheney campaign $3,000 this year as part of an array of giving to Republican candidates all around the country.

Former President Trump has now taken multiple victory laps off on Cheney’s loss, saying that she “can now disappear into the depths of political oblivion,” while Cheney instead moved fast, filing at 2:01 am ET on Wednesday morning, the paperwork to reorganize her political apparatus under the name “The Great Task,“ referencing a line from Abraham Lincoln’s Gettysburg address,

She made the parallel with Lincoln explicit in her concession speech. The 16th president, she noted, lost races for Congress before he won “the most important election of all,” the presidency. 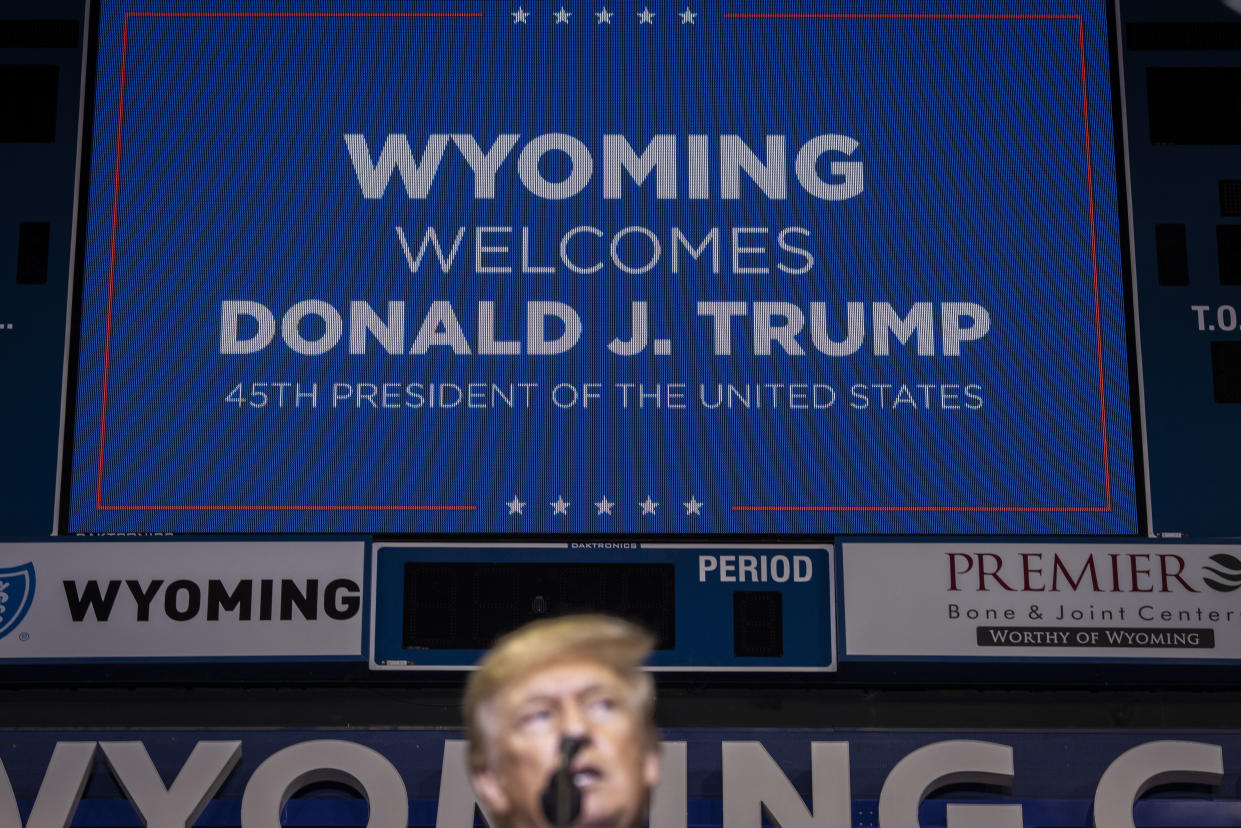 ‘Get your ticket on the Titanic folks, look forward to seeing you sink’

On Wednesday, following her loss, Cheney told NBC she was in the process now of “thinking about” a run for the White House against Trump adding that, in any case, “I will be doing whatever it takes to keep Trump out of the Oval Office.”

Comstock laid out a possible rationale for a Cheney 2024 candidacy that could be less about winning the White House herself versus making the case that Trump is unelectable.

There’s “a part of the party that realizes even if they like Trump, like what he did, they also realize if 20% of us leave, you don’t have a winning coalition,” she said in Wednesday’s interview. But she acknowledges that Trump’s allies may not care and if he ultimately prevails in a GOP primary: “It’s “get your ticket on the Titanic folks, look forward to seeing you sink.”

Ben Werschkul is a Washington correspondent for Yahoo Finance.