Australia’s biggest renewable hydrogen project will go ahead in the Pilbara, with support from the federal and state governments. 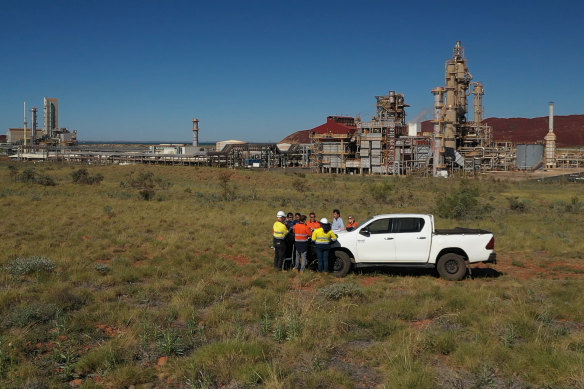 The project will supply hydrogen and electricity to the neighbouring Yara Pilbara Fertiliser site on the Burrup Peninsula.

“As we move to a more renewable economy, hydrogen will become an increasingly important part of our energy mix, and will be important in supporting industrial and hard to abate sectors,” he said.

ARENA chief executive Darren Miller said the plant could make an immediate difference, because fossil fuels were being replaced by renewable energy to make hydrogen.

“It is also a huge export opportunity for Australia to provide clean energy and emissions-free materials to the rest of the world,” he said. 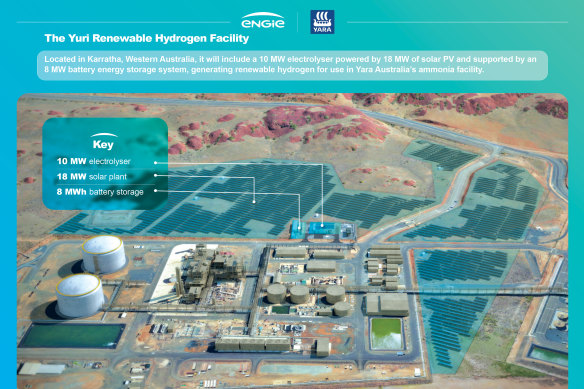 Construction of the hydrogen project in Western Australia’s Pilbara region is due to start in November.

The $87.1 million Yuri project includes a 10-megawatt electrolyser to produce renewable hydrogen, powered by solar and lithium-ion batteries for energy storage, and will be one of the world’s largest.

The largest electrolyser currently operating in Australia is the 1.25MW hydrogen plant in Adelaide’s Tonsley Park in South Australia.

Suppling hydrogen and electricity to Yara Pilbara Fertilisers at its neighbouring liquid ammonia facility, the project will produce up to 640 tonnes of renewable hydrogen per year.

The project also received seed funding of $2 million from the WA government two years ago as the state looks to be a global hub for hydrogen.

“Yara Pilbara Fertilisers is a world-scale facility, and the project will demonstrate WA’s ability to produce renewable hydrogen on an industrial scale,” she said.

ENGIE has formed a joint venture with Japan’s Mitsui, which has agreed to acquire a 28 per cent stake, to develop and operate the Yuri project.

Electrolysers use renewable electricity to split water into hydrogen and oxygen. The renewable hydrogen produced can be used for electricity generation, transport fuel or as a feedstock for ammonia.

Ammonia is most commonly used to produce agricultural fertilisers, which is currently made using hydrogen derived from fossil fuels.

Ammonia production is a highly energy-intensive process, producing about 500 million tonnes of carbon dioxide as a result, which is around 1.8 per cent of global carbon dioxide emissions, similar in scale to the aviation industry.

Construction of the Yuri plant will begin next month and is due to be completed by early 2024.

Two other applicants are also close to securing ARENA funding, the agency said.