Air pollution has emerged as a small but important risk factor for dementia and cognitive decline, experts say – and Australia likely has a false sense of security about how clean our own air is.

One of Australia’s leading dementia epidemiologists says she would no longer live on a busy road after watching the science linking air pollution and dementia strengthen over the past two decades. 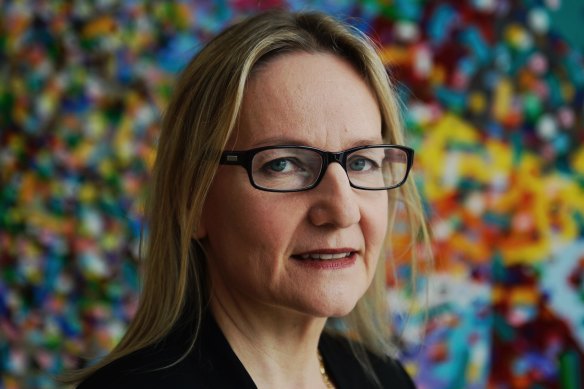 She’s even come to worry about cyclists pedalling along the side of highways.

“All the observational studies keep showing a cognitive decline is associated with high levels of air pollution,” says Professor Kaarin Anstey, director of the University of NSW Ageing Futures Institute and senior principal research scientist at Neuroscience Research Australia. “There has been study after study.”

In the early 2000s, researchers in heavily polluted Mexico City first discovered an association between children living in more polluted areas and inflammation of the brain.

Subsequent studies have now shown a small but consistent association with neurodegeneration in children and adults across small neighbourhoods and large countries. 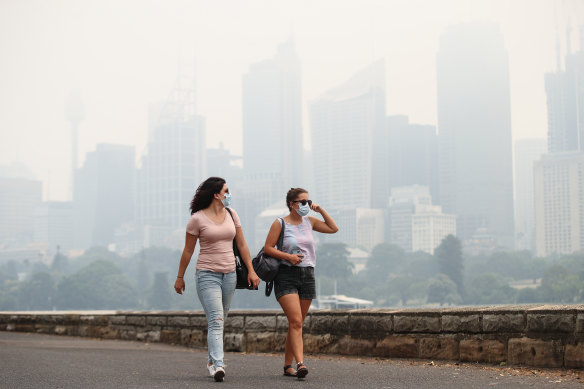 Australian cities were swathed in smoke from bushfires in the summer of 2019-20.Credit:Bloomberg

But conclusively proving one caused the other is very difficult.

One in eight Australians aged between 80 and 84 has dementia. Large reviews now suggest exposure to high levels of air pollution increases the risk of dementia by about 10 per cent. That’s behind other risks such as obesity, smoking, diabetes or depression, but far more people are exposed.

Health authorities are taking aggressive steps to deal with other risks, but air pollution seems to be largely ignored, says Professor Hui Chen, who is studying the effect of air pollution on fetal development for the University of Technology Sydney. 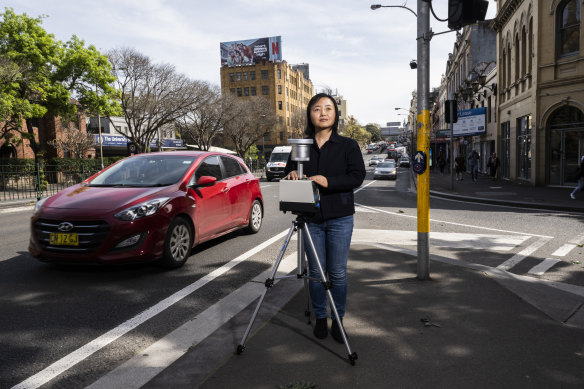 “The evidence is quite strong,” says Professor Hui Chen. “It [pollution] is a silent killer of our brain. People don’t really realise this is in the air.”Credit:Louise Kennerley

“The evidence is quite strong,” she says. “It a silent killer of our brain. People don’t really realise this is in the air.”

Chen is talking about PM2.5 – a catchall measure of particles 30 times smaller than a human hair.

That’s small enough to get through the lung and into the blood, “and then pretty much go everywhere”, she says.

PM2.5 particles have been linked to increased blood pressure and stroke risk, which can indirectly cause dementia. But like any foreign particle, they can also trigger an inflammatory immune response.

“And we know inflammatory responses can impact on the start and progression of neurodegeneration,” says Professor Kevin Barnham, head of the neurotherapeutics lab at the Florey Institute.

“The rise in incidence of Parkinson’s disease has been described as a pandemic,” he says. “The only thing we can pin it down to is environmental exposure.”

Professor Bryce Vissel, head of the Centre for Neuroscience and Regenerative Medicine, says it is “absolutely clear” that particulate matter gets into and deposits in the brain.

“And [the particles] are clearly from engines,” Vissel says. “They are found in amyloid deposits. In mice exposed to polluted air collected from busy roads, they show biological changes relevant to brain damage.”

Studies overseas have shown women living in polluted areas bear children who perform less well at school and Professor Chen has been trying to find out if that is happening here as well.

“No one was doing these studies in Australia because they thought our air quality was so good,” she says. “But now they know it is a problem.“

Official air-quality sensors are designed to measure background air quality so can overstate how good Australia’s air is in locations where people spend lots of time, such as along roads. Monitors are typically placed in parks away from roads where they can pick up large-scale pollution events, such as haze from bushfires.

“They are not measuring often elevated levels of pollution in locations where many people in cities spend time, particularly near roads,” says the University of Wollongong’s Dr Hugh Forehead.

He led a project fitting air-quality sensors around streets in Western Sydney that found PM2.5 measures were 10 times higher there than at official monitoring stations.

This may leave us with a false sense of security that our air is cleaner than it is, says Associate Professor Anthony White.

He heads a team looking at neurodegeneration at the QIMR Berghofer Medical Research Institute. In lab studies they have shown that bushfire smoke – of the type that blanketed Sydney for weeks in 2019 – is especially toxic to brain cells.

As the climate crisis increases our bushfire risk, this will become a bigger problem.

“It’s a fairly small magnitude of risk,” he says. “But there are a lots of things that add risk to dementia, and if you combine them all that adds up over a lifetime.

Enjoyed this article? The Examine newsletter explains and analyses science with a rigorous focus on the evidence. Sign up to get it each week.