A husband in Thailand accidentally abandoned his wife on the side of the road and carried on driving for 100 miles believing she was asleep in the back of the car.

Boontom Chaimoon, 55, and Amnuay Chaimoon, 49, set off on Christmas Day to drive through the night to her hometown in the province of Maha Sarakham.

But the driver had to pull over his Isuzu pickup truck to urinate in the night and stopped the car at the side of the road.

After he stepped out of the car, Amnuay decided she could relieve herself too and ducked into a nearby jungle for a quick bathroom break. 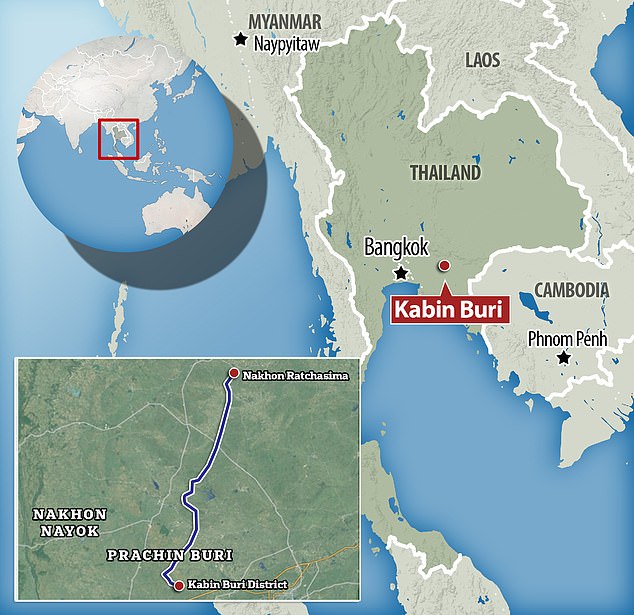 But when she returned to the road, the car was nowhere to be seen and she was left stranded in the dark.

The aggrieved wife had no money or phone so decided to walk in the hope of finding help.

Eventually after pacing down the street for 13 miles into the centre of Kabin Buri, she found a police station at around 5am.

She pleaded with police to help her find her husband but she did not know his number by heart and they were unable to locate him.

They rang her phone 20 times but Boontom failed to notice it in his car as he drove onwards blissfully unaware of the panic he had caused.

By the time the driver realised his error, he was 100 miles away from his wife and had to turn back around to collect her.

He had believed she was sleeping in the backseat the entire time, but desperately raced back to pick her up.

The couple have been married for 27 years and have a 26-year-old son.