HAY FEVER sufferers are set for more misery this weekend as a pollen bomb could explode as temperatures continue to soar.

Over the weekend there will be several areas where the pollen count is "very high", according to the Met Office. 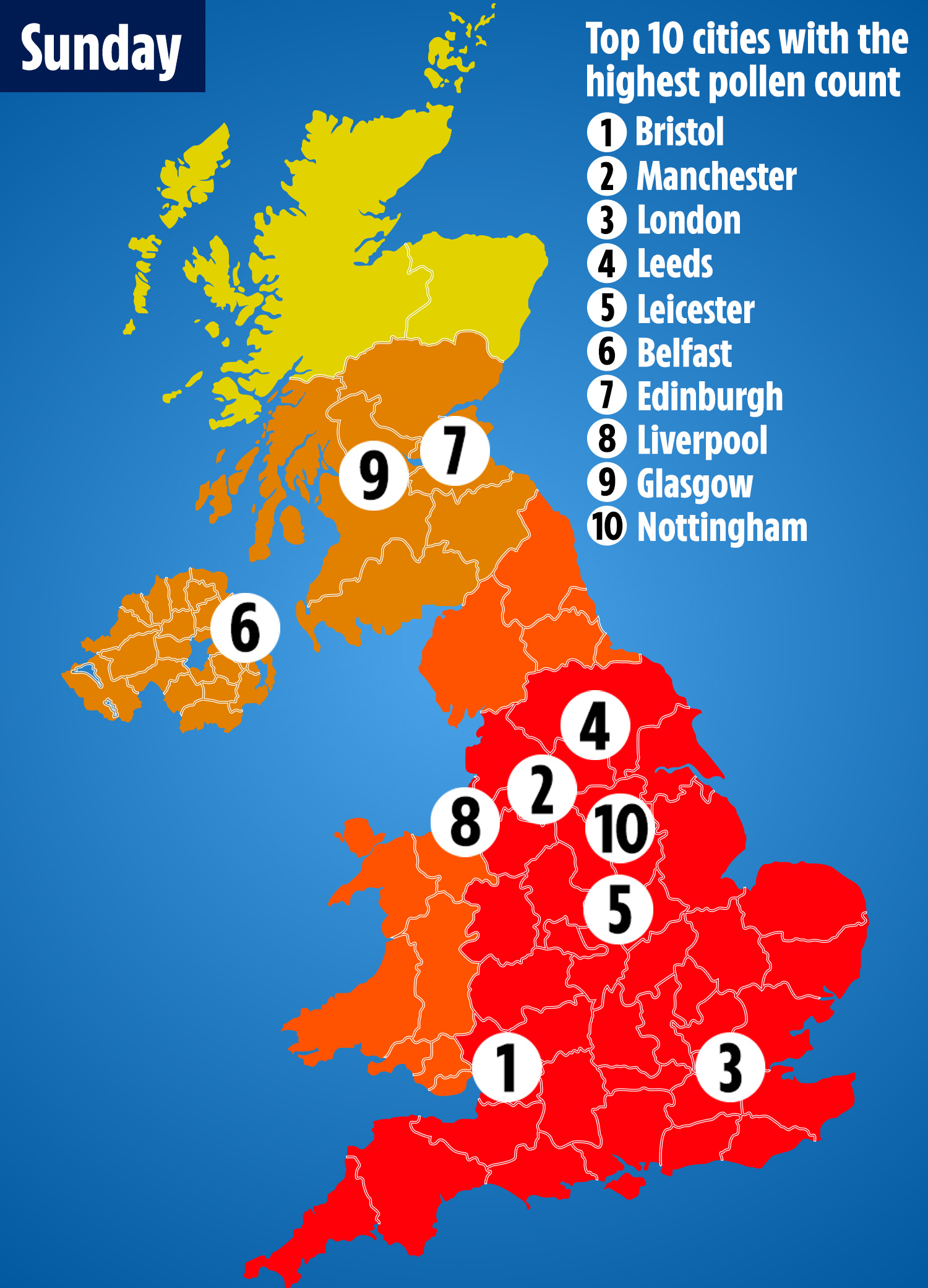 Throughout the weekend the North West will also be hit with very high levels, with other Northern areas also experiencing more pollen.

Data from the Kleenex Pollen Forecast also shows that pollen levels across the country are continuing to shoot up just in time for the Euros.

England kicks off their campaign against Croatia on Sunday at Wembley stadium.

Sunny weather and temperatures up to 28C degrees are forecast, which is expected to contribute heavily to higher pollen levels. 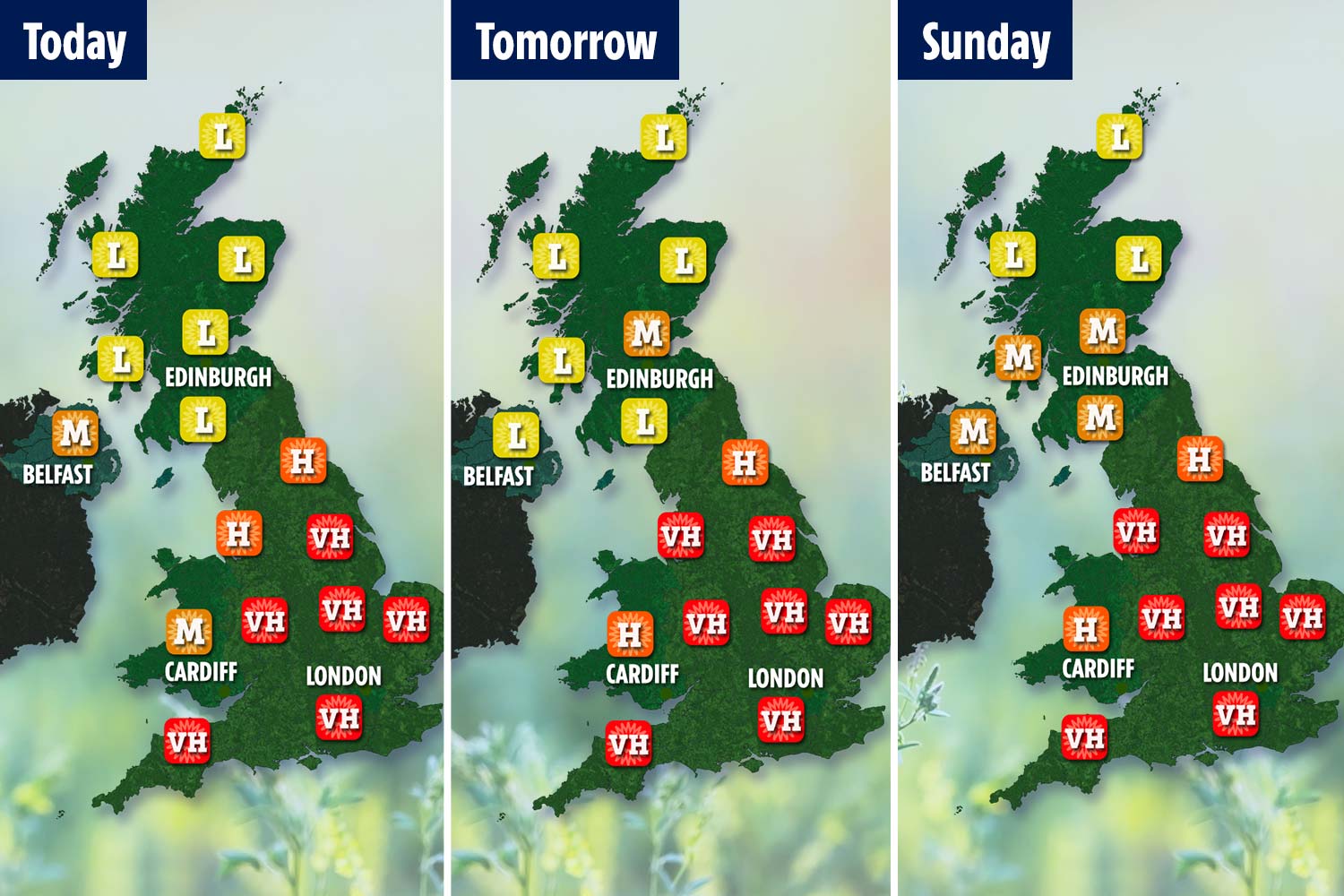 The severity of pollen levels is measured by Pollen Grains Per Cubic Metre (PPM).

Anything above 342 is considered very high, and while none of the cities are above this measure, they all sit in between 61 and 342 – which is considered as a high pollen count.

Over the weekend Bristol will have the highest pollen count, coming in at 284PPM.

Bristol is followed by Manchester which is set to reach 279PPM, with London and Leeds both measuring in at 263PM.

Leicester will have levels as high as 250PPM.

Belfast and Edinburgh will have 249PPM, Liverpool 243PPM, Glasgow 232PPM, and Nottingham 145PPM

Top tips for hay fever sufferers heading out this weekend

If you’re still planning on a picnic in the park this weekend, or you’re going to watch footy with your mates outside then there are some things you can do to ease your allergies.

Amena Warner, Head of Clinical Services at Allergy UK, has shared advice for hay fever sufferers on how they can manage symptoms.

Grass pollen season peaks in the first two weeks of June and these peaks, the Met office says may be masked by how wet, dry, warm or cold it is.

But the hot weather being seen across the UK at the moment could intensify the pollen and the Met said it's not yet clear whether this will be one of the hottest Junes on record.

“High pressure is starting to build which should lead to fine and dry conditions, with the occasional showery and thundery outbreaks.

“We’re hopefully looking at what will be a very nice June indeed", a spokesperson said.

Pollen consultant, Dr Beverley Adams-Groom on behalf of Clarityn also explained which regions would be heavily impacted by the grass pollen season.

Dr Beverley said: "All areas are affected by grass pollen to some extent. Scotland is the mildest region but still receives an average of 11 high days per season.

"Some hay fever sufferers in London can be badly affected by the plane tree pollen season, which has an average of 12 high days.

"Plane trees are planted on many of London’s streets and in parks and gardens."

fever, hay, hotspots, map, reveals
You may also like: