Married Iranian man, 27, and male lover, 33, are sentenced to death for adultery after father-in-law demanded execution

A MARRIED Iranian man and his male lover have been sentenced to death for adultry after the man’s father-in-law demanded that they be executed.

It’s thought the couple, aged 27 and 33, will be hanged, despite the fact that the man’s wife begged the courts to spare their lives. 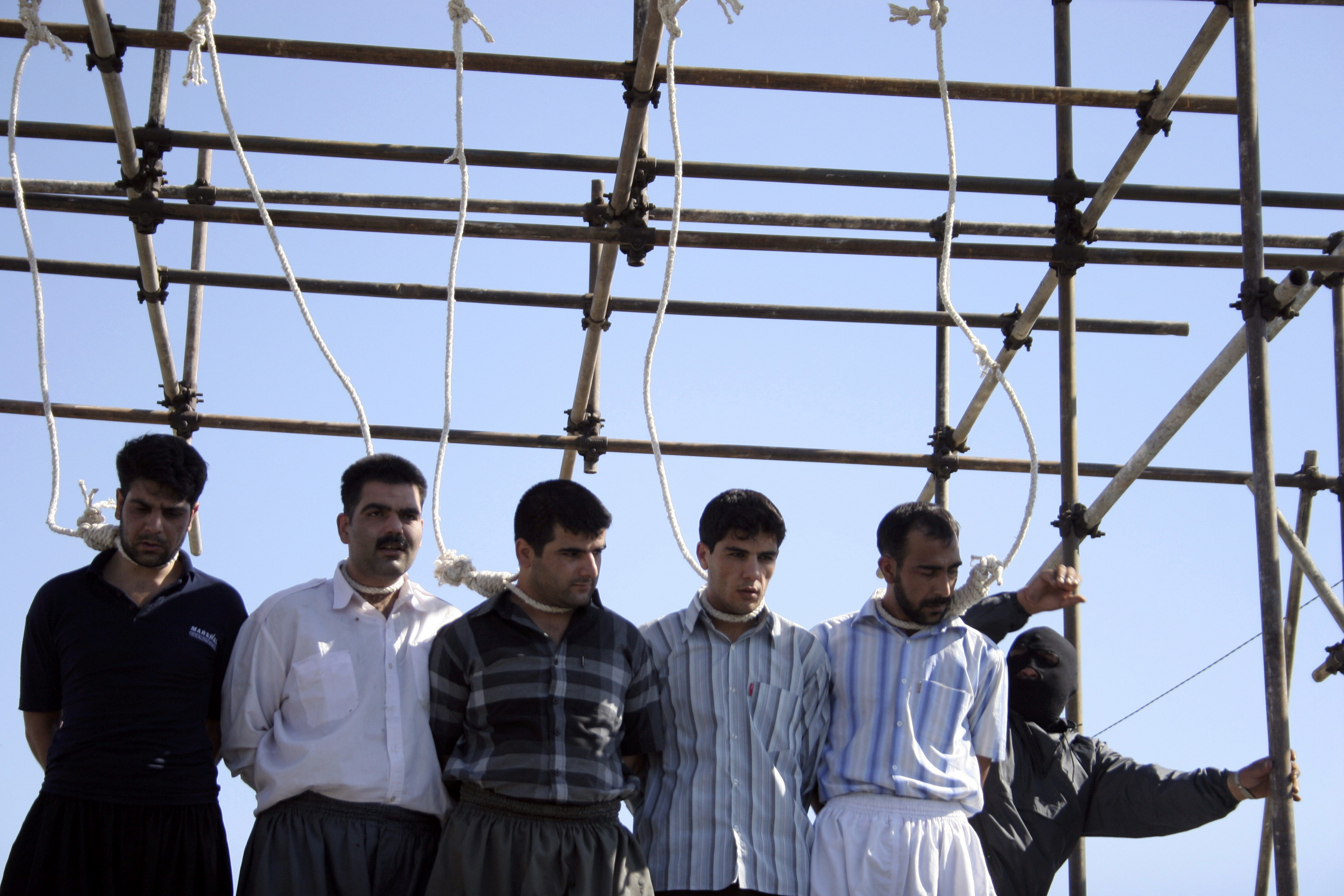 In Iranian Sharia law, if a victim’s family forgives those accused of a crime, they can be pardoned, or given a jail sentence.

But the woman’s father stepped in and demanded that the men be killed because of his son-in-law’s infidelity.

Sharia law is the legal system of Islam and was derived from the Qur'an or Koran – the central religious text of Islam – and fatwas – the rulings of Islamic scholars.

Under the law adultery is classically punishable by stoning – but Tehran changed the law in 2013 to allow judges to choose the method of execution.

The Arabic word Sharia originally meant "way" or "path" and refers to the revealed law of God.

It informs every aspect of the daily life of a Muslim, covering much more than Western laws do, and it doesn't necessarily refer to "law" in the usual sense.

There are two main branches of Sharia – ibadat, which means rituals or acts of worship, and mu'amalat, meaning human interactions and social relations.

These break down into smaller branches which include things like finances, marriage, diet, prayers, fasting and pilgrimage.

And crimes fall into three categories – tazir (the least serious and at the discretion of a judge), qisas (the offender is subjected to the exact same affliction as the victim), and hudud (the most severe and considered against God).

The way Sharia law is interpreted in different countries varies dramatically, and it largely depends on the government in charge.

This year as the Taliban returned to power in Afghanistan, they brought an extreme interpretation of Sharia law.

The group brutalised and oppressed women during their rule in the 1990s, and their return has sparked fears this will be even worse for women and girls now.

Taliban leader Zabihullah Mujahid declared their victory as a "proud moment for the nation" and vowed to impose Sharia law on Afghanistan.

While Sharia simply refers to laws that are derived from Islam, the Taliban have an extreme interpretation of what this means in practice.

They have forbidden women from leaving the house alone without an adult male relative and have banned them from working or being educated.

Militants are also reportedly targeting children as young as 12 as sex slaves, and pictures of women in shop fronts in Kabul have been painted over by terrified shopkeepers.