Former Manchester United star Michael Carrick is about to swap his football boots for wellies as he builds a £4m stable block at his Cheshire farm – complete with its own ‘muck truck’.

The ex-England midfielder, 41, has unveiled designs for a luxury stable block for seven horses, a wash area, tack room, tea and office room and laundry area and outdoor riding arena.

It comes just weeks after Rebekah and Jamie Vardy were given the go-ahead for a similar stable block at their £3million Lincolnshire farm, along with a tennis court.

The grounds include a paddock and existing stable but the former Man Utd player now wants to build a grand new stable block for private use by his pilates instructor wife Lisa Roughhead, 36, and their two children. 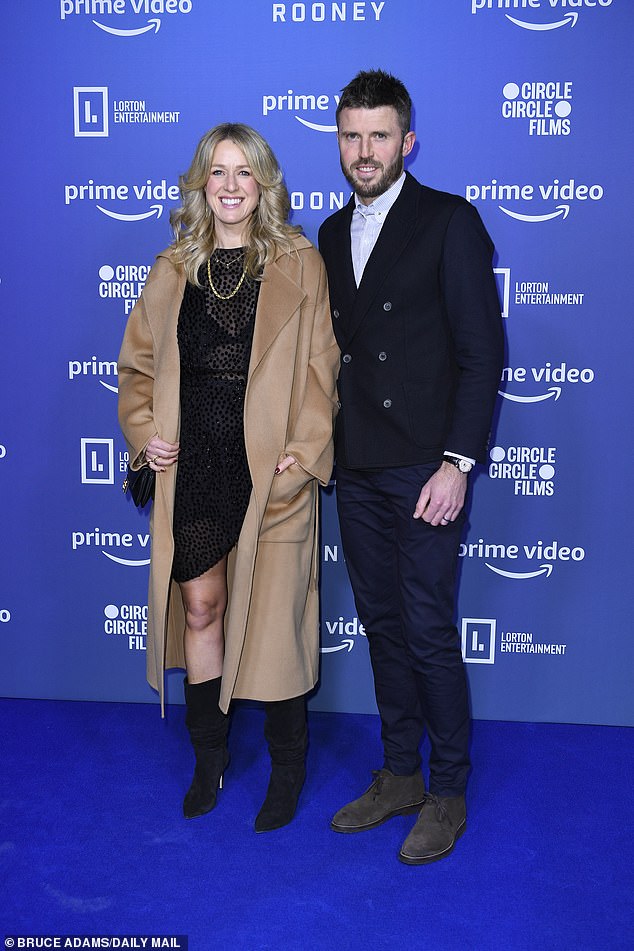 Footballer Michael Carrick and Lisa Roughhead arrive for the premiere of Amazon Prime documentary. He is about to swap his football boots for wellies as he builds a £4m stable block at his Cheshire farm – complete with its own ‘muck truck’ 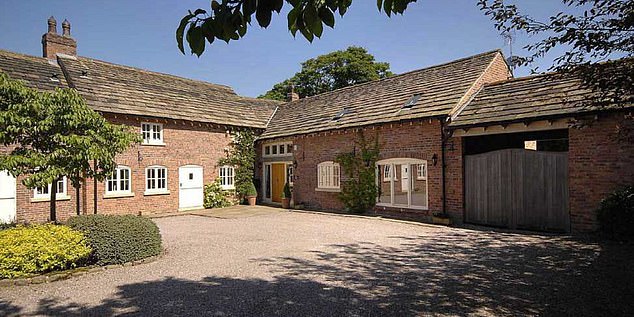 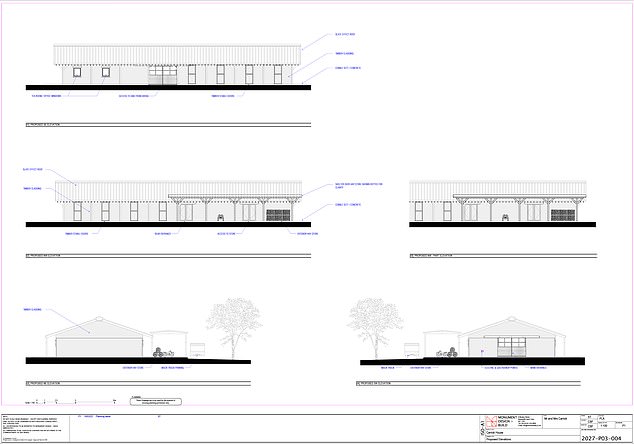 The proposed site of the new block is at the bottom of a hill and well away from a public footpath that runs through the estate.

In a design statement, his planning agent Nicola Crowley said: ‘To minimise visual impact… the development has been sited away from neighbouring properties, the farmstead itself and the public right of way which cuts across the client’s land.

‘The development, once completed, will serve as a private stable block arena to be used by family members of the applicant.’

Carrick’s concern for the environment has chimed with neighbouring landowners, and council officers.

The planning application adds: ‘It is proposed to collect manure and soiled bedding within a purpose-built metal trailer to prevent the ingress and egress of contaminated liquid materials. This would in turn be removed from site by a suitable licensed contractor.’ 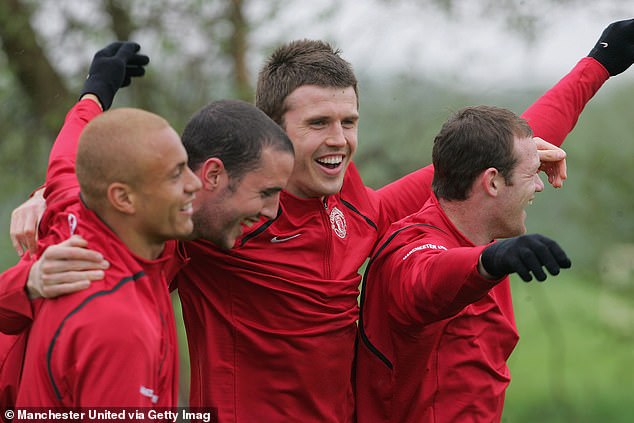 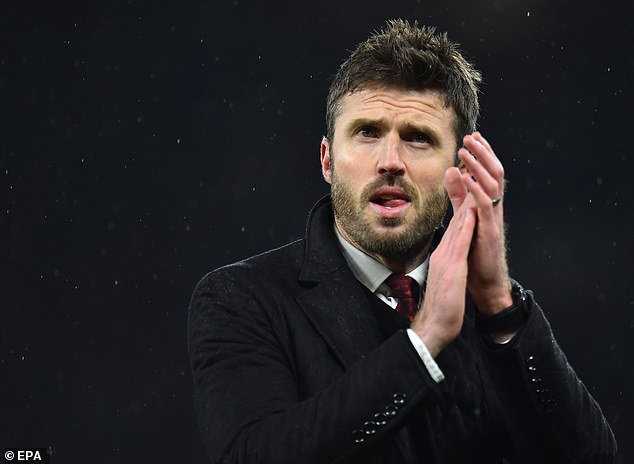 Michael Carrick left Manchester United 15 years, where he was a player, coach and interim manager 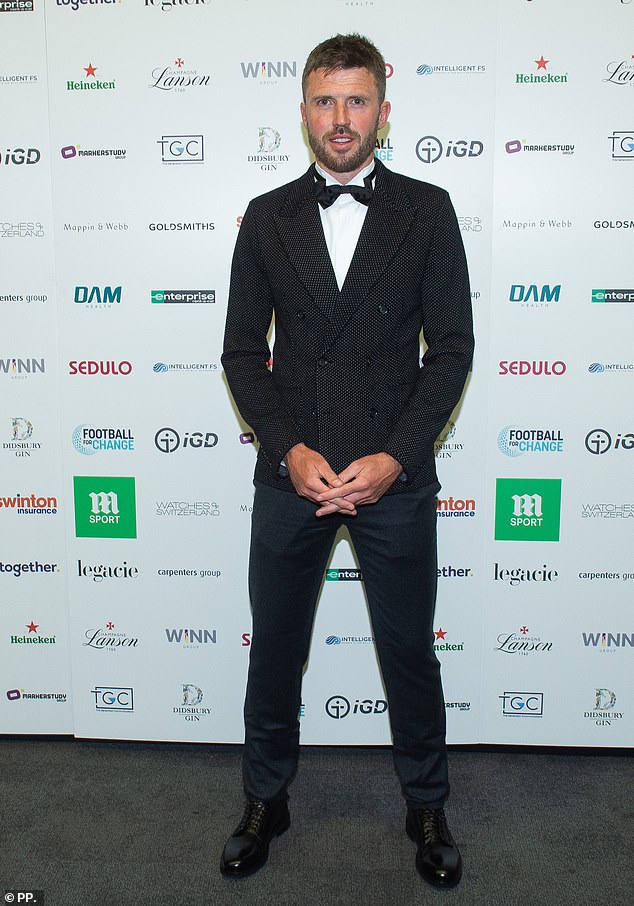 Michael Carrick at the Mail sport sponsored Football for Change event. His new project is more sustainable and reflects the Newcastle-born lad’s concern for the environment

Officials at Cheshire East Council are expected to make a decision on the 3,389 sqm stables later this month and there have so far been no objections from neighbours.

In consultation, the council’s nature conservation officer, Tim Body, called for an ‘ecological enhancement strategy’ to protect birds and bats.

He said: ‘An area of improved grassland will be lost under the proposals.. While the habitat is of relatively low value ecologically, it will result in a loss of biodiversity on site.

‘The submitted strategy should include proposals for the provision of features for nesting including house sparrows and roosting bats.’

In a letter of support, a neighbour said: ‘This is only what ourselves and another property have done already and I see no reason for refusal.

‘It is in keeping with a rural area, the design and layout keeps everything together and thought has gone into dealing with any waste.’

Two years ago, Carrick bought two adjoining barns for £1.5million and £1.4million, described by estate agents as ‘tastefully refurbished and re-modelled in a quiet and secluded setting’.

He then paid £1.8million for the main 17th century farmhouse last year in a bid to ‘re-assemble’ the original landholding to its former status and bring it all under one ownership.

In separate plans, Carrick has applied for planning permission for a tennis court and the conversion of a garage to a garden room.