A Different World turns 35 today and the NBC sitcom and its characters still have as much impact on audiences today as it did when it premiered on September 24, 1987. Surprisingly though, the cast didn’t see the The Cosby Show spinoff which lasted six seasons making it out of the ’80s, according to Kadeem Hardison.

“The fact that it’s still relevant– kids still love it and grown ups as well — and they’re still drawing inspiration is kind of incredible because we never saw that coming,” the actor who played Dwayne Wayne on the sitcom tells ESSENCE. “First season we were all thinking, ‘Yeah, this is going to get canceled.’ I did for sure.” 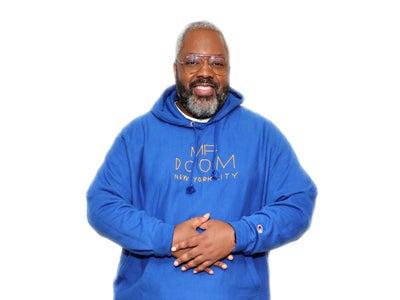 Hardison’s negative expectation at the time stemmed from his previous experience working with Lisa Bonet on The Cosby Show. In comparison to the two hours he spent on set when he guest starred on the episode,  “A Shirt Story,” in 1994, Hardison said when he watched an episode of A Different World being taped, audience members were falling asleep after being on set anywhere from 7 pm until 1 o’clock in the morning. “It wasn’t tight,” he explains. “I was like, ‘This thing is in trouble.’ Two weeks later, I get a call that they’re looking for some new characters for A Different World. I was like, ‘I bet they are.’

Debbie Allen changed everything for the series when she joined in season 2 and put an emphasis on depicting an authentic HBCU experience, Hardison says. But even with her creative oversight, the actor didn’t watch the show for years to come.

“I remember going to the premiere of the pilot episode with the cast and I watched it and I got sick to my stomach and then I stopped watching,” he shares. “I didn’t watch another episode for 15 or 20 years. I don’t like seeing me because I see a lot of mistakes. I see all the mistakes. Whatever’s not perfect, I notice it. You might say, ‘Oh this was good. That was funny.’ And I would be like, ‘If i did this and this and that it would’ve been seamless. I’m always looking for seamless.”

Hardison says he decided he didn’t need to watch the show again until he was in a different place, which came some years later. But the cast’s impression of the show was also fueled by the lack of championing from the network.

“We kind of were a hit but they always downplayed it by saying, ‘Well you have Cosby leading and you have Cheers backing you up so of course if they’re number one and Cheers is number three, you have to be number two. Not like you earned it but you are gifted that number two spot,” Hardison explains. “We didn’t get a lot of credit for it. So I was always like, it could end at any time.”

Check out our full interview with Kadeem Hardison in the video above.

See the cast of A Different World then and now here.