LABOUR'S thrashed candidate beat a hasty exit this morning after losing the Hartlepool by-election in an historic defeat.

Dr Paul Williams made a beeline for the door, ignoring questions about his drubbing in the traditional Labour stronghold.

🔵 Read our Elections 2021 live blog for the very latest updates 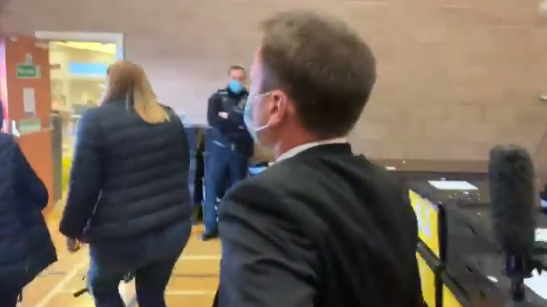 Moments earlier it had been announced that Tory candidate Jill Mortimer had trounced him by almost 7,000 votes.

Followed by a scrum of journalists, Dr Williams strode through the sports hall where the votes had been counted, got into his car and drove away.

Normally the runner-up would be allowed to make a concession speech from the stage.

Dr Williams, an NHS doctor, later said he had to take his children to school.

He tweeted: "A massive thank you to everyone in Hartlepool who voted for me, and to the incredible Labour volunteers who worked so hard.

"Congrats to Jill Mortimer. I’m off to do the important job now of taking the kids to school."

But critics branded him "graceless" for storming off without giving a speech.

Dr Williams took 8,589 votes, dwarfed by Ms Mortimer's 15,529 that she took in a staggering 23 per cent swing to the Conservatives. 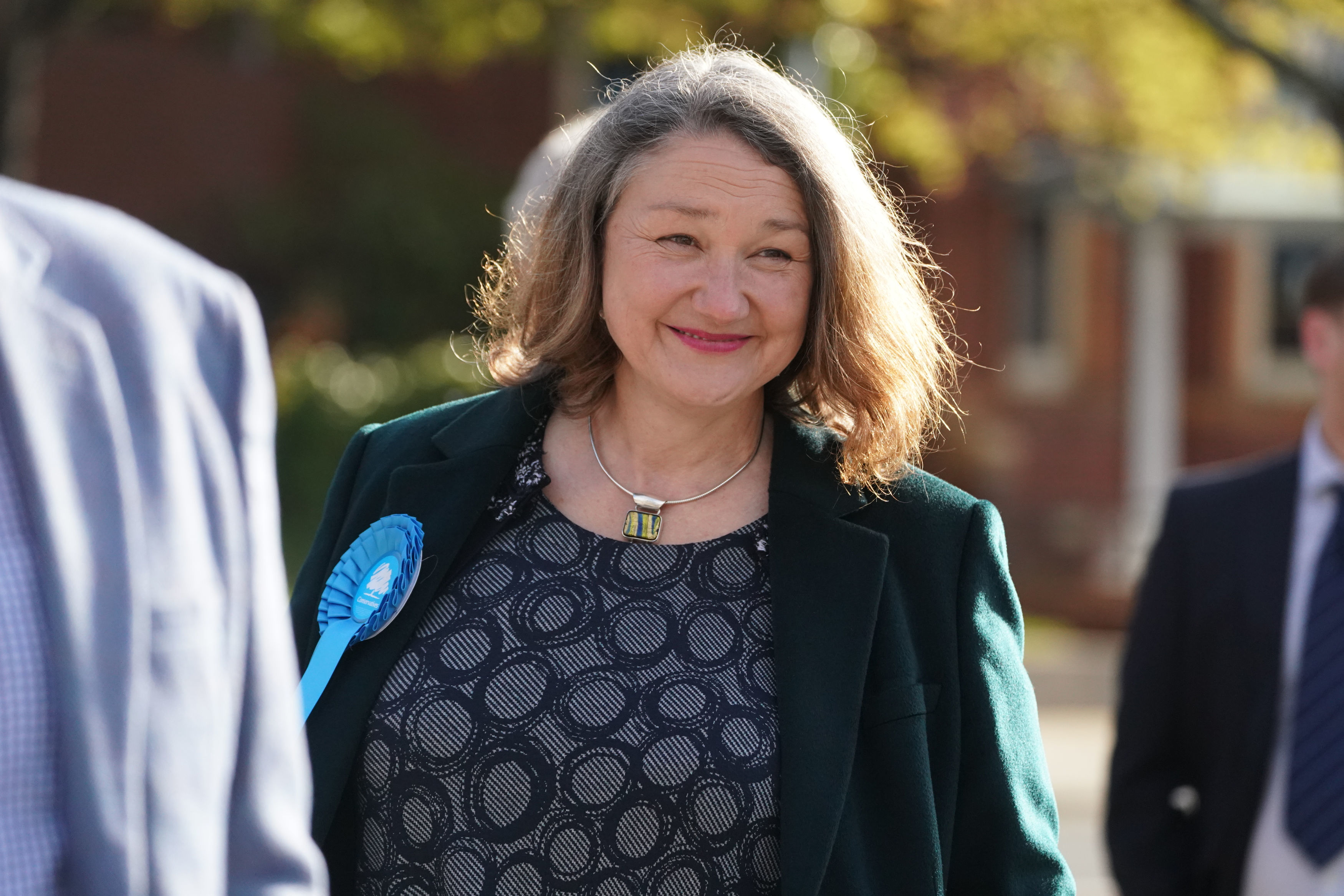 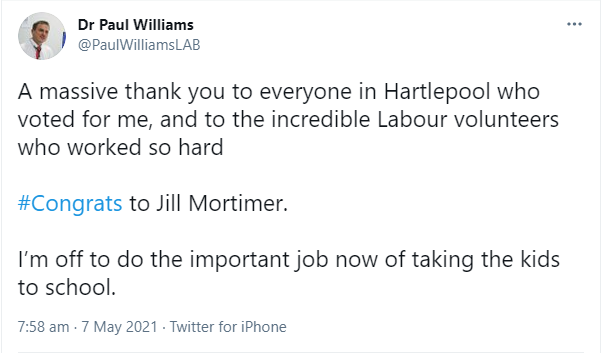 It is the first time the North East port town has turned blue since its creation in 1974.

Labour has vowed to learn from the defeat and recognised Sir Keir Starmer still has work to win support.

But Dr Williams candidacy has also been criticised – he is a former Labour MP for Stockton South who lost in 2019 and arch-Remainer who was parachuted into the Brexit-backing seat.

After her victory, Ms Mortimer, a farmer and local councillor, said: "Labour have taken people in Hartlepool for granted for too long.

"I heard this time and time again on the doorstep and people have had enough and now, through this result, the people have spoken and have made it clear it is time for change."