A distressed woman was captured on video attacking a Mexico City airline check-in agent after she was late for her flight on Tuesday.

The viral video shows the woman throwing punches at the Emirates employee at the Mexico City International Airport when she was too late to check in for her flight.

Spectators captured the woman behind the check-in desk throwing items from luggage and computer systems as workers called for help.

The woman then started tossing items as spectators until climbing on top of the check-in counter and wailing before being taken away by security.

It’s unclear where the woman missed her flight too. 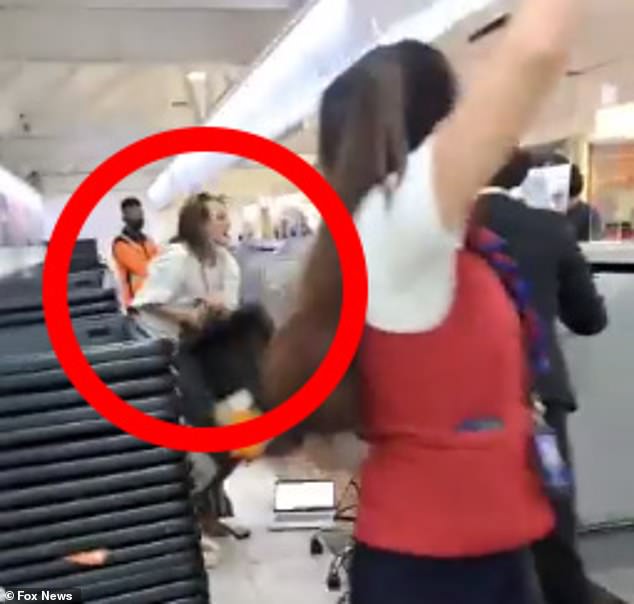 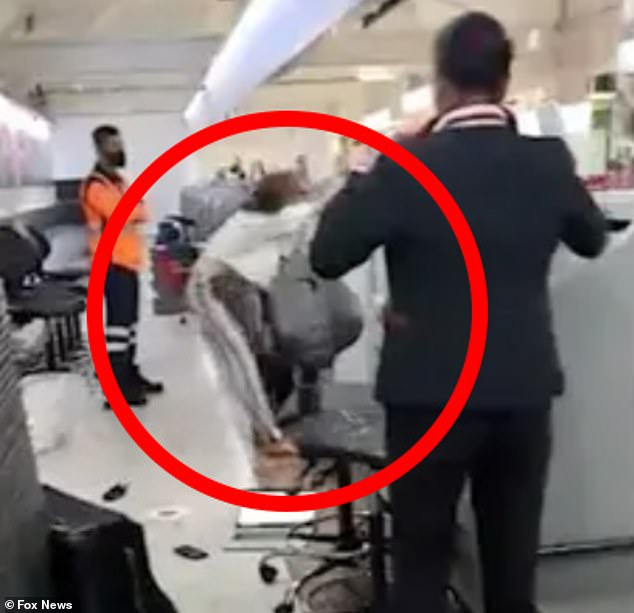 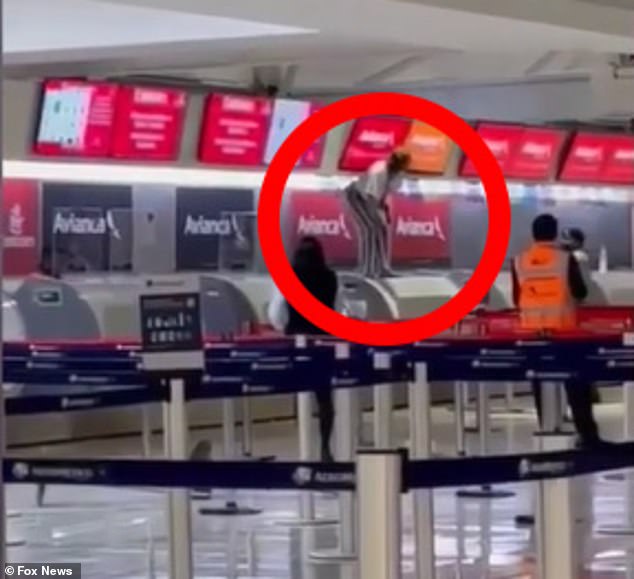 Emirates airline confirmed the attack after the woman attempted to check in for her flight late and with an expired passport.

‘The client was denied the trip, and she became rebellious and physically abusive with the ground staff – so it was necessary for airport security and police to intervene,’ an Emirates spokesperson told Fox News.

It’s unclear if she has been released from police custody.

Some people were furious at the vicious attack.

‘It is urgent to punish. Give the example and the message that whoever attacks must pay,’ one person wrote.

‘Totally agree… they are aggressions, damage to other people’s property and deserve punishment,’ another added.

Meanwhile, others were sympathetic toward the attacker.

‘Poor thing, it was surely the desperation of not finding help when faced with a request,’ one person wrote on Twitter.

‘Many times I have wanted to do the same,’ another person wrote.

‘What a lack of understanding in the face of a mental illness that anyone could have at any time in their life.’

‘Good for her that it happened here where there are no consequences.’ 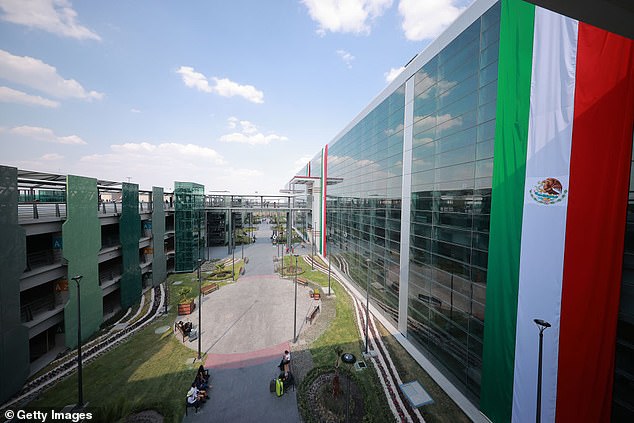 Last month, a passenger on an Atlanta flight to New York was kicked off the delayed plane after she refused to remove her dog from her lap and assaulted a passenger.

The video posted to Reddit, dubbed airport freakout, showed the middle-aged woman with two high pigtails arguing with a flight attendant that ordered her to leave the plane.

Other passengers watched as the fiery confrontation played out after the woman didn’t put her dog away and threatened to hit a flight attendant.

‘Oh no, no, honey we are about to fight then,’ the woman said as the flight attendant attempted to remove her from the plane. ‘I didn’t f**** do anything to you guys.’

She added: ‘My dog was sitting on my lap, I put him in the bag.’

Calmly the flight attendant tried to remove the woman by offering a refund for her ticket as she continued to raise her voice before tossing a water bottle at a passenger who was recording. 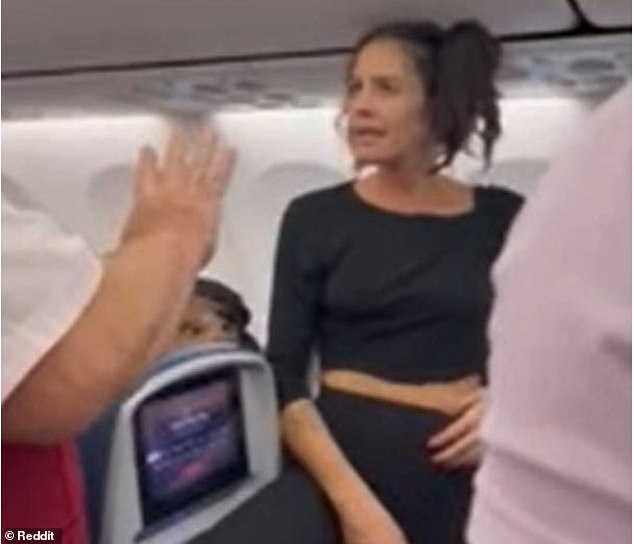